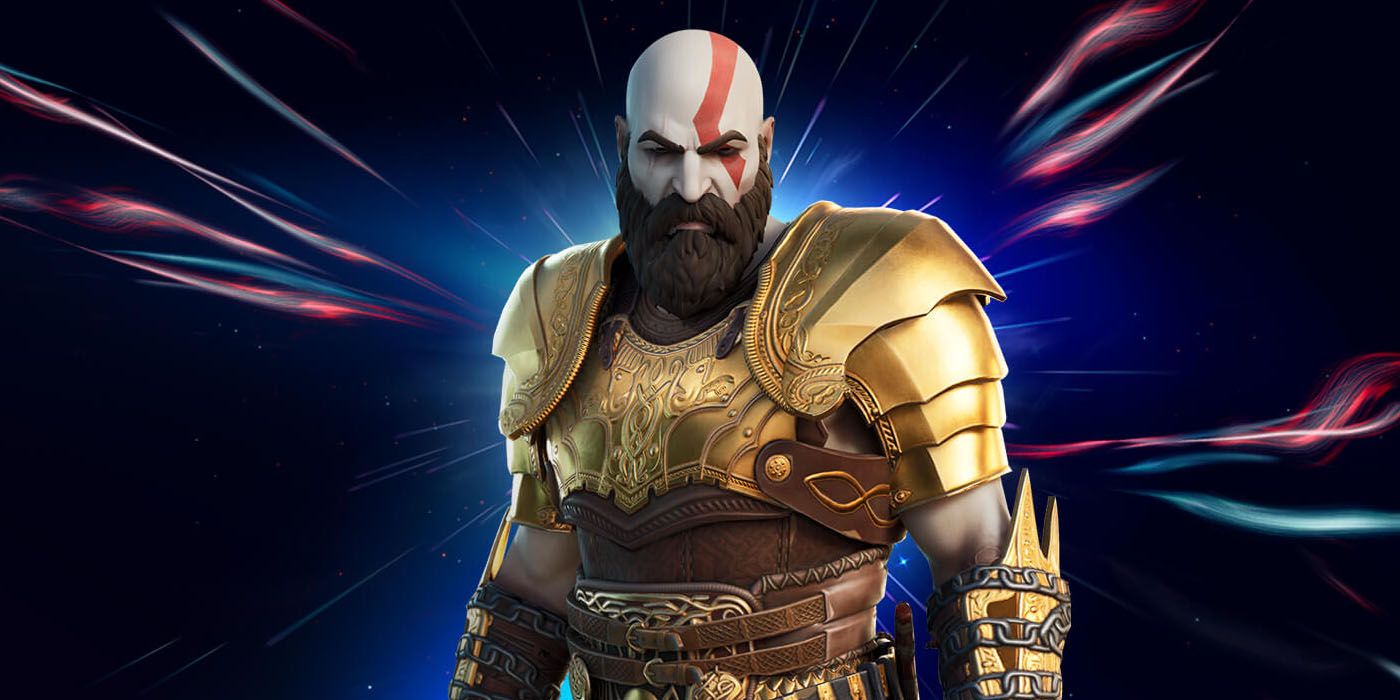 Fans look on in shock and wonder as God Of War’s grim antihero Kratos performs dance emotes following his arrival in Fortnite earlier this week.

Although it can be argued Kratos’s epic story is more hopeful than initial appearances would suggest, it remains a dark one filled with murder, revenge, and large amounts of blood as the Ghost Of Sparta cuts a violent path of destruction through any mythical pantheon that dares stand in his way. Even when he mellowed out (kinda) in 2018’s God Of War reboot, he still has to deal with overwhelming grief and remorse as he tries to be a better role model for his son Atreus, on top of the large amount of fighting and bloodshed his travels bring. In general, he isn’t exactly the kind of character one expects to be hanging around in Fortnite’s colorful world of cowboys with heads made out of pancakes – much less flossing after a successful round of combat.

Continue scrolling to keep reading
Click the button below to start this article in quick view.

Yet that’s what fans have been witnessing and doing since Kratos arrived in Fortnite a few short days ago, as reported by Polygon. On Twitter and elsewhere, players have been posting clips of God Of War‘s grim antihero performing all manner of emotes, some set to uncharacteristically popular songs. Whether seeing Kratos pretending to be a kitty or a trio of identical duplicates raising the roof in perfect sync, viewers can’t get enough of the typically dour Spartan getting down in Epic’s hit battle royale shooter.

Some are even being reminded of the time he went golfing as a playable character in 2008’s Hot Shots Golf: Out of Bounds or featured as an alternate costume for Sackboy in Little Big Planet, often being PlayStation’s go-to posterchild for brand awareness promotion. Kratos is only the most recent guest character to grace Fortnite this year, as the last couple of DLC seasons have featured special appearances from DC Comics’ Joker, The Mandalorian‘s Din Djarin and Grogu, and even a cataclysmic showing by the world-devouring Galactus following a multitude of Marvel player skins. The fun isn’t stopping anytime soon either, as rumors suggest that legendary Metroid heroine and Super Smash Bros. alumni Samus Aran and iconic Halo supersoldier Master Chief could also be coming to Fortnite in the near future.

Kratos’s most recent stint as a Fortnite guest character could be one of the most humorous and surreal of them all, as the game’s quirky setting and colorful dancing make for a striking contrast with his somber origins. On the other hand, seeing the God Of War show off his surprisingly smooth moves might be just the thing players need after a rough 2020.

J. Brodie Shirey is just a simple man trying to make his way in the universe, but aren’t we all? He currently lives in York, Pennsylvania and works as a dishwasher at Shallow Brook Intermediate School. He is a big comic book, video game, and science fiction fan, and likes writing reviews on his blog during his off-hours, at least when he’s not writing articles for ScreenRant or scripts for some of his crazy TV show ideas.


A graduate from York County School of Technology, he’s self-published several books on Amazon, and once won 1st place at a regional computer fair for a CGI animated short. He might post it on Youtube someday. He hopes that working for this site will be his first step into the larger universe of online writing, since Megazord technology hasn’t been invented yet and he doesn’t seem to have any Force powers. You can check out his work at The Uncanny Fox, purchase his books on Amazon.com, see his posted scripts on Script Revolution, or see his portfolio here or here. He can also be followed on Twitter @FoxUncanny.

you can now create your own real-time, hyper-real digital human in minutes