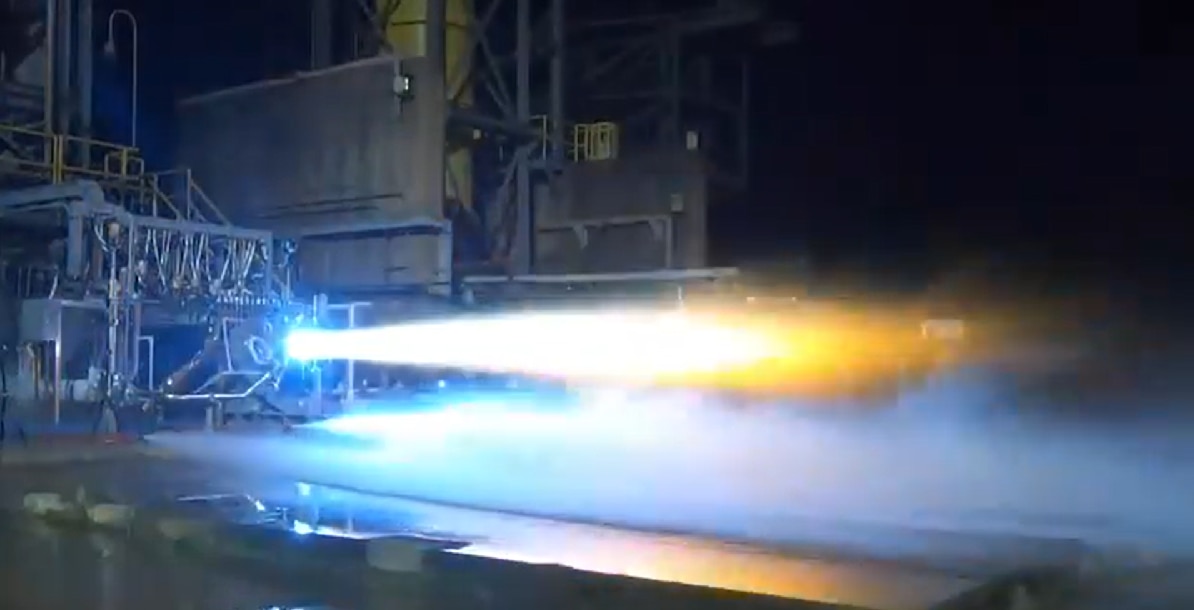 New Delhi: Amazon founder and CEO Jeff Bezos’ aerospace company Blue Origin is all ambitious about its project to put the first woman on the moon. The testing for the take-off of the rocket engine called BE-7  has been going on in full swing as we could see in a video clip shared by Bezos himself on his Instagram account. Also Read – Tata Group Likely to Buy 80% Stake in Online Grocer BigBasket For USD 1.3 Billion: Report

The short video clip was from a test at NASA’s Space Flight Center at Hunstville, Alabama and shows powerful flames out of the engine during the test. While sharing the video, Bezos described the BE-7 engine as “high-performance” and said that the lunar landing engine was a “liquid hydrogen/liquid oxygen” built with a 10,000-pound force thrust. Also Read – Govt Fines Amazon for Not Displaying Mandatory Info, Including Country of Origin, About Products

The post caption read, “This is the engine that will take the first woman to the surface of the Moon. The BE-7 is a high-performance, additively manufactured liquid hydrogen/liquid oxygen lunar landing engine with 10,000 lbf of thrust — deep throttling down to 2,000 lbf for a precise landing on the Moon. The engine will power Blue Origin’s National Team HLS lunar lander. Video is from a test this week at NASA Marshall in Huntsville, Alabama — bringing cumulative test time on the program to 1,245 seconds.” Also Read – Lunar Eclipse 2020: Last Chandra Grahan of This Year on November 30 | All You Need to Know

BE-7 will power the Human Landing System (HLS) lander that Blue Origin has been working with NASA’s Artemis programme to put humans on the lunar surface by 2024.