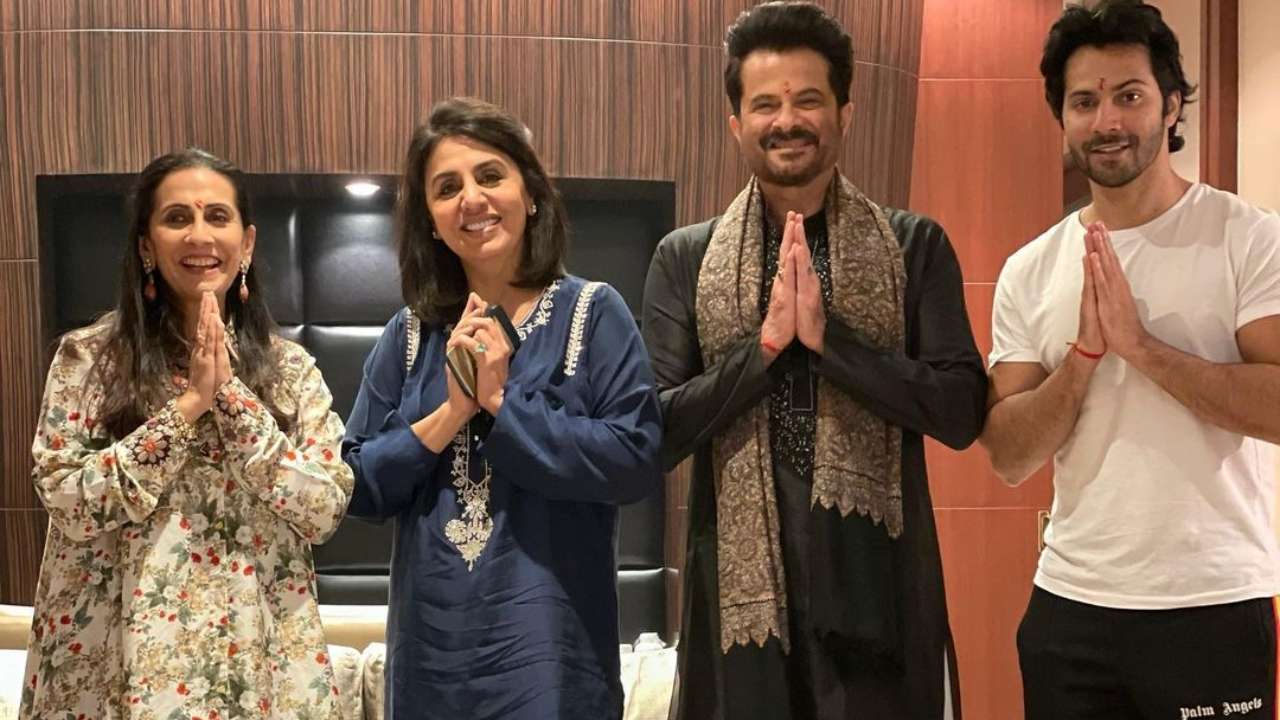 Actors Varun Dhawan and Neetu Kapoor, and director Raj Mehta, have tested COVID-19 positive. Varun, Neetu as well as the filmmaker are part of the unit of the film ‘Jug Jugg Jeeyo’, which arrived in Chandigarh a few days ago for an outdoor stint.

Shoot has been temporarily halted, as per a report in filmfare.com. The cast and crew had arrived in Chandigarh in the second week of November.

The film’s other two lead actors, Anil Kapoor and Kiara Advani, have tested negative for the virus on Friday afternoon. No other person in the unit is known to have tested COVID positive.

Actor Anil Kapoor on Friday tweeted from his verified account to put an end to rumours that he has tested COVID-19 positive.

“In the interest of putting any rumours to rest, I have tested negative for COVID-19. Thank you all for your concern and good wishes,” Anil Kapoor tweeted on Friday.

In the interest of putting any rumours to rest, I have tested negative for COVID-19. Thank you all for your concern and good wishes

Varun, Neetu Kapoor and Anil Kapoor, as well as actress Kiara Advani, are part of Mehta’s unit at the Chandigarh outdoor of the film.

Denying unconfirmed reports that her father Anil has tested positive, Sonam Kapoor has subsequently tweeted, “False reporting is dangerous. I`m sitting in london and I see incorrect information peddled by some parts of the media before I can even speak to my father. Please be responsible in your reportage.”

All cast and crew members were tested for the virus, before shoot started in November.

‘Everyone was doubting me’: Rashami Desai opens up about her divorce from Nandish Sandhu