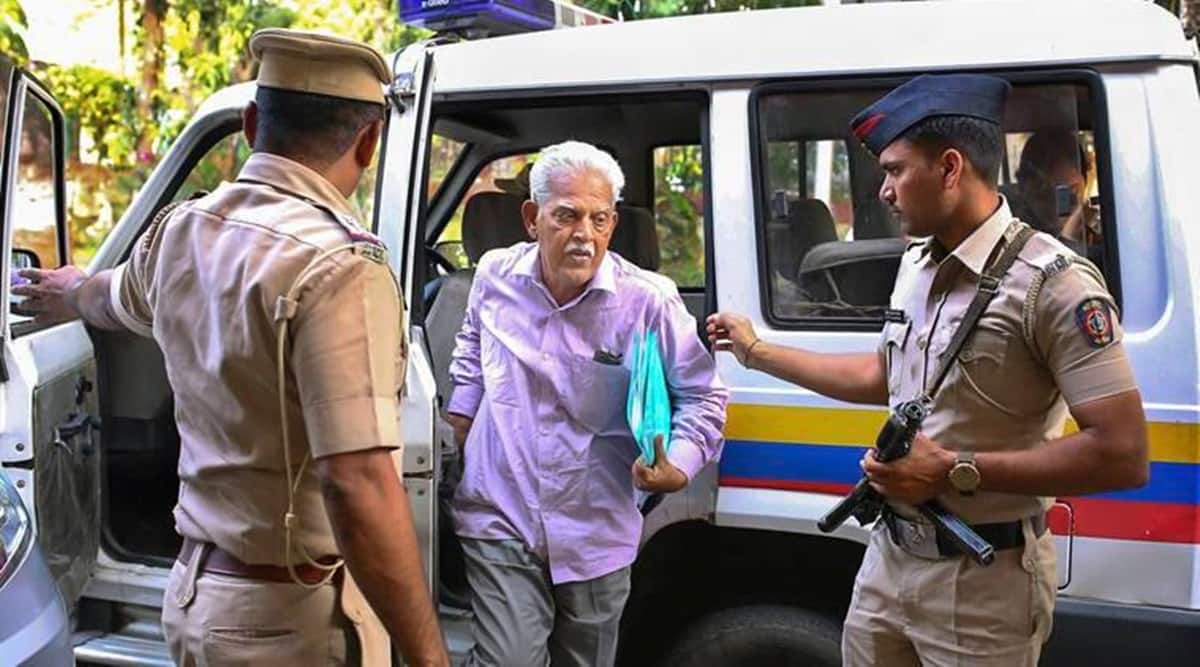 The Bombay High Court on Thursday allowed Telugu writer-poet Varavara Rao, accused in the Elgaar Parishad case, to remain at Nanavati hospital in Mumbai till the next hearing on December 15. Rao, who is lodged at Taloja Central Jail, was shifted to the private hospital for 15 days following a court order on November 18.

When the petition filed by Rao’s wife P Hemalatha — seeking proper treatment for 81-year-old Rao and his release on bail on health grounds — came up for hearing on Thursday, the state government submitted a medical report from Nanavati hospital in a sealed envelope to a division bench of Justice S S Shinde and Justice M S Karnik.

After perusing the report, the bench observed, “Some improvements (in health of Rao) are there.” This was confirmed by Hemalatha’s counsels Indira Jaisingh, Anand Grover and R Sathyanaryanan.

Jaising requested the HC to give Rao’s family a copy of the report and to restrain the state and NIA from discharging Rao from the hospital and take him back to Taloja jail, where he was kept with other co-accused in the case.

After Chief Public Prosecutor Deepak Thakare, representing the state, and Additional Solicitor General Anil Singh, appearing for NIA, informed the court that they had no objection, the HC accepted Hemalatha’s request and asked the state and NIA to handover Rao’s medical report to his family.

The court had last month directed the state to bear the expenses of Rao’s treatment, and said that his family, including his wife, can meet him as per hospital protocol.

Hemalatha, who was present in the courtroom on Thursday, said that Rao had shown improvement and his neurological problem is under treatment at Nanavati hospital.

N Venugopal, Rao’s nephew, told mediapersons that after the HC order, the family has been able to meet Rao daily for 15 minutes and are happy with the improvement in his condition. “He is, however, very weak and has lost some weight since his arrest,” he added.

Not conceded any territory as result of agreement with China: Govt