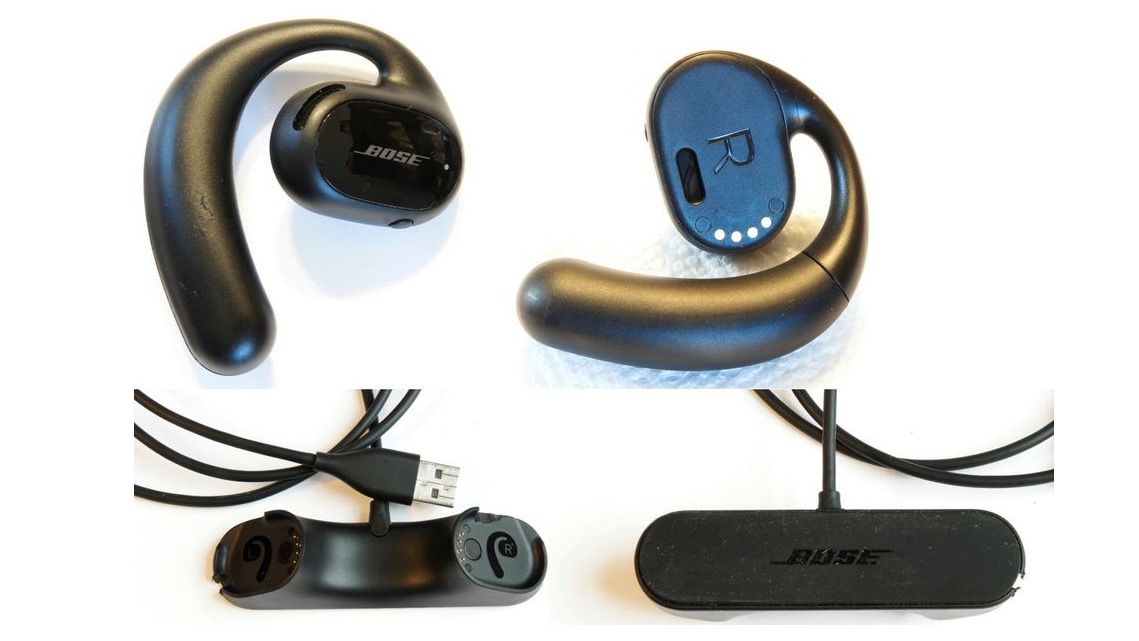 Bose looks very much as if it’s planning to add another set of true wireless earbuds to join its recently released – and really rather good – QuietComfort Earbuds. Filings for “Sport Open Earbuds” have surfaced at the Federal Communications Commission, containing no fewer than ten photos of the unannounced earbuds, as spotted by The Verge.

Bose looks to be aiming squarely for the fitness market here, with an open, plastic design that as though it will simply rest against your ear rather than go into it. There’s an ear hook to keep it held in place, and a physical button at the bottom of each driver housing for on-device playback control. The charger is also seen within the filings, appearing to sport a cradle design.

Of course, this isn’t the first time Bose has dipped its feet into the sports market with a true wireless earbud concept. The company’s Sport Earbuds were released in September, while the older Bose SoundSport Free gained a glowing five-star review from this publication in 2019. But both of these designs are in-ears that come with a range of silicone tips and ear-fins.

An open alternative could cater to music-lovers who don’t like how intrusive in-ears feel, or those who want greater awareness of the traffic, say, on their morning run.

Bose Sport Open Earbuds specs such as battery life, water-resistance ratings and pricing remain at large right now, but considering the impressive performance of Bose’s more traditional headphone designs they will have much to live up to. If you’ll be after some fitness headphones in the new year, it might be worth keeping this unusual design in mind – at least until we know a bit more.

Read our pick of the best sports headphones 2020: keep active with these earbuds