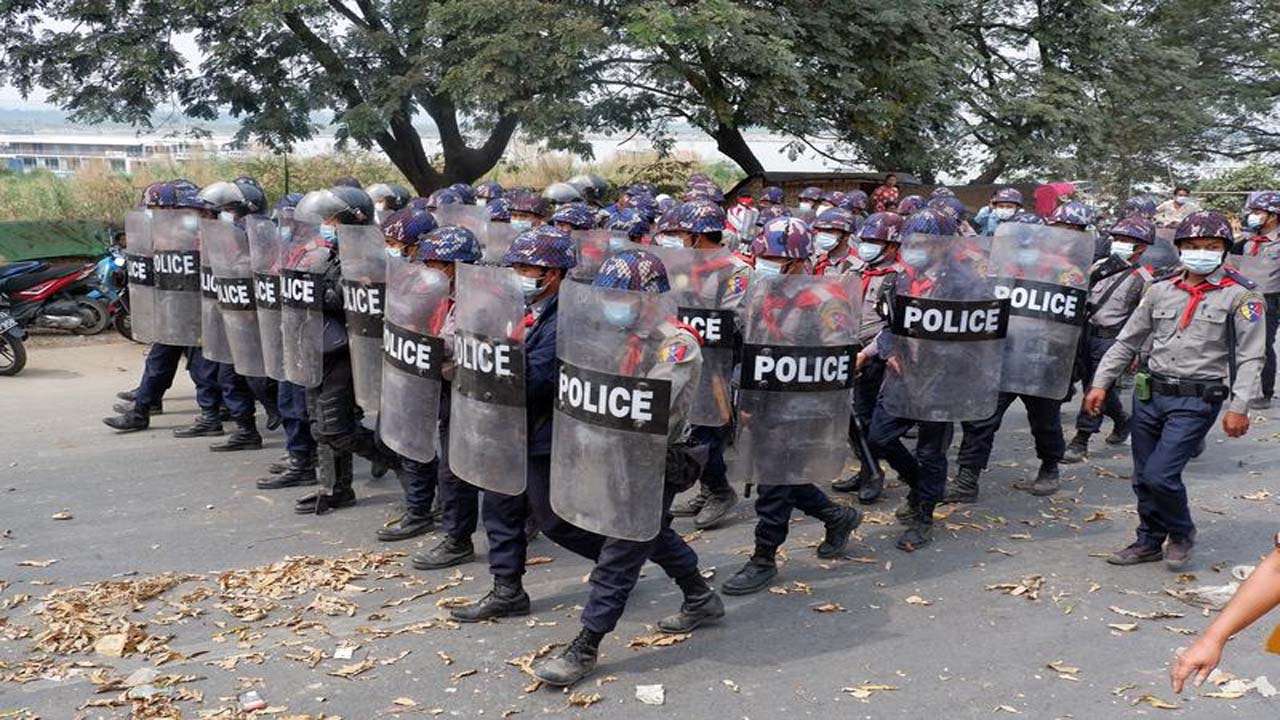 Amid continuing demonstrations against a military coup and demand for the release of Aung San Suu Kyi and others, at least two people have been shot dead by riot police in Myanmar. Police used live ammunition to disperse demonstrators in Mandalay, reports from the ground said. At least 20 people were injured.

One of the victims was shot in the head and died at the scene, according to Frontier Myanmar. The other, identified by relatives as Thet Naing Win, a 36-year-old carpenter, was shot in the chest and died en route to the hospital.

On Friday, a young woman became the first confirmed death from the protests. Mya Thwe Thwe Khaing was shot in the head, with rights groups saying her injuries were consistent with live ammunition. Police denied using lethal force.

The military allege the NLD’s landslide election win last year was fraudulent but have not provided proof. Aung San Suu Kyi is under house arrest.

Sequence of events in Myanmar

The military has taken over the control of Myanmar and has declared a year-long state of emergency.

The armed forces had backed the opposition, who were demanding a rerun of the vote, claiming widespread fraud.

The election commission said there was no evidence to support these claims.

The coup was staged as a new session of parliament was set to open.

Suu Kyi is under house arrest and has been charged with possessing illegally imported walkie-talkies.

Many other NLD officials have also been detained.

Joe Biden’s statement on Myanmar is directed to all countries in the region, says White House