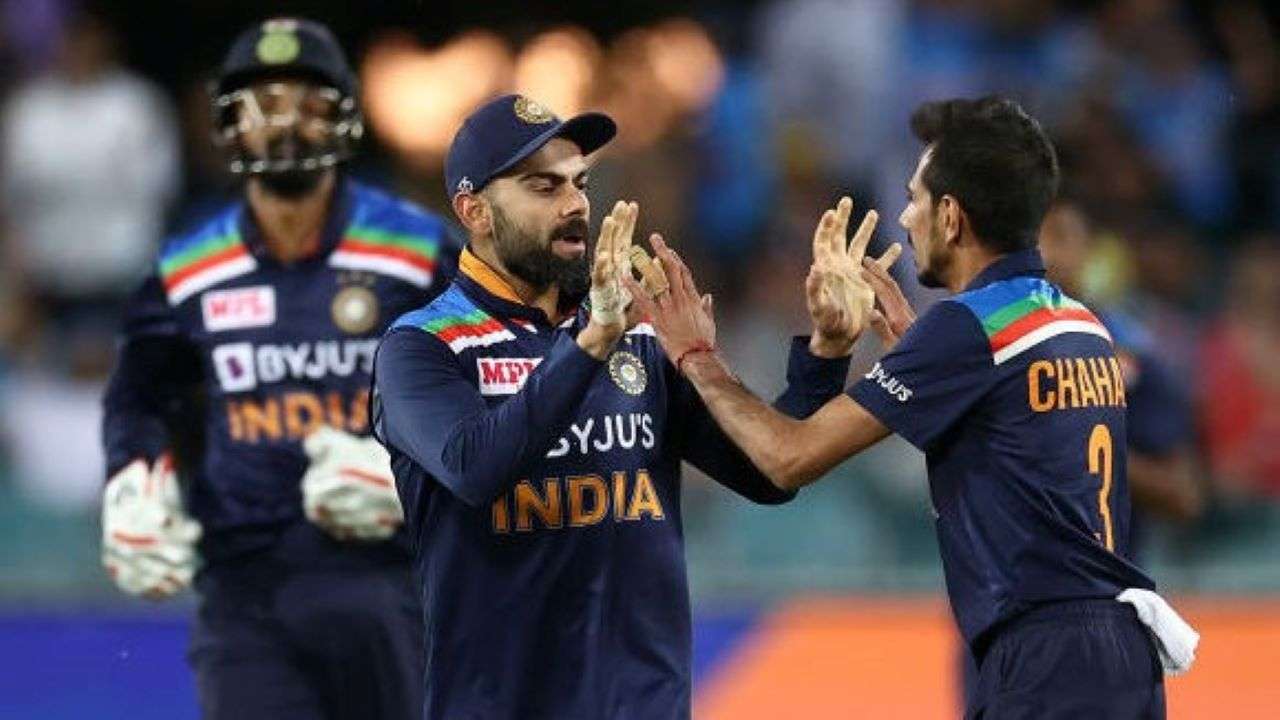 Skipper Virat Kohli seemed pleased with the fightback shown by his team after being put under pressure by Australia in the early part of India’s bowling innings in the first T20I at Canberra.

After scoring 161 owing to Ravindra Jadeja’s late onslaught, India were under the pump as both the Aussie openers, skipper Aaron Finch and D’Arcy Short came out all guns blazing. Kohli himself dropped a skier when Short hit one straight up in the air off Deepak Chahar’s bowling.

Australia were 53 for no loss and looked like taking the game away from men in blue. But, the bowlers fought back, especially the concussion substitute, Yuzvendra Chahal, and the debutant T Natarajan, as they restricted the Aussies to 150/7, winning the game by 11 runs.

First talking about Chahal, who was originally not in the playing XI but later played and took the Man of the match award, Kohli said, “There were no plans of having Yuzi (Chahal) in the game. Jaddu got a knock in the last over on the side of the head and he was a bit dizzy, still is. Concussion replacements are a strange thing. Today, it worked for us, maybe another time, we wouldn’t have found a like-for-like, who knows. He still came in and bowled really well as he said he had no pressure and just had to bowl in the right spots and pitch offered him enough to trouble the batsmen.”

Then, speaking on the comeback by the bowlers and helped by fielders in taking some excellent catches, Kohli said, “I thought they had a great start. They were cruising. We showed great character to fight back.

“I thought we bowled in the right places but he batters offered us a few wickets with a couple of shots which went to the fielders. That’s how T20 cricket goes. We put enough pressure on them to eventually get those breakthroughs for us. But you need a bit of luck to go your way as well to pull a side back when they are off to a such start. So, you need to keep coming back. In Australia, you need to play hard and show intensity till the end.”

Talking abut a few changes in the T20 side and batting by Jadeja, Kohli said, “He (Jadeja) batted beautifully in the last game as well, today also he stood up for the team when we needed him.

“With the ball, Natarajan looks like a guy, who can really develop his skill-set and be an asset for us in white-ball cricket. Deepak Chahar bowled beautifully. Chahal got us back in the game. All in all a top performance,” he added.

Talking about Chahal coming in as concussion substitute in place of JAdeja, Finch said, “Their doctor had ruled Jadeja out due to concussion. You can’t be challenging a medical expert’s opinion.”

The 2nd game of the three-match T20I series will take place on Sunday, December 6 in Sydney.