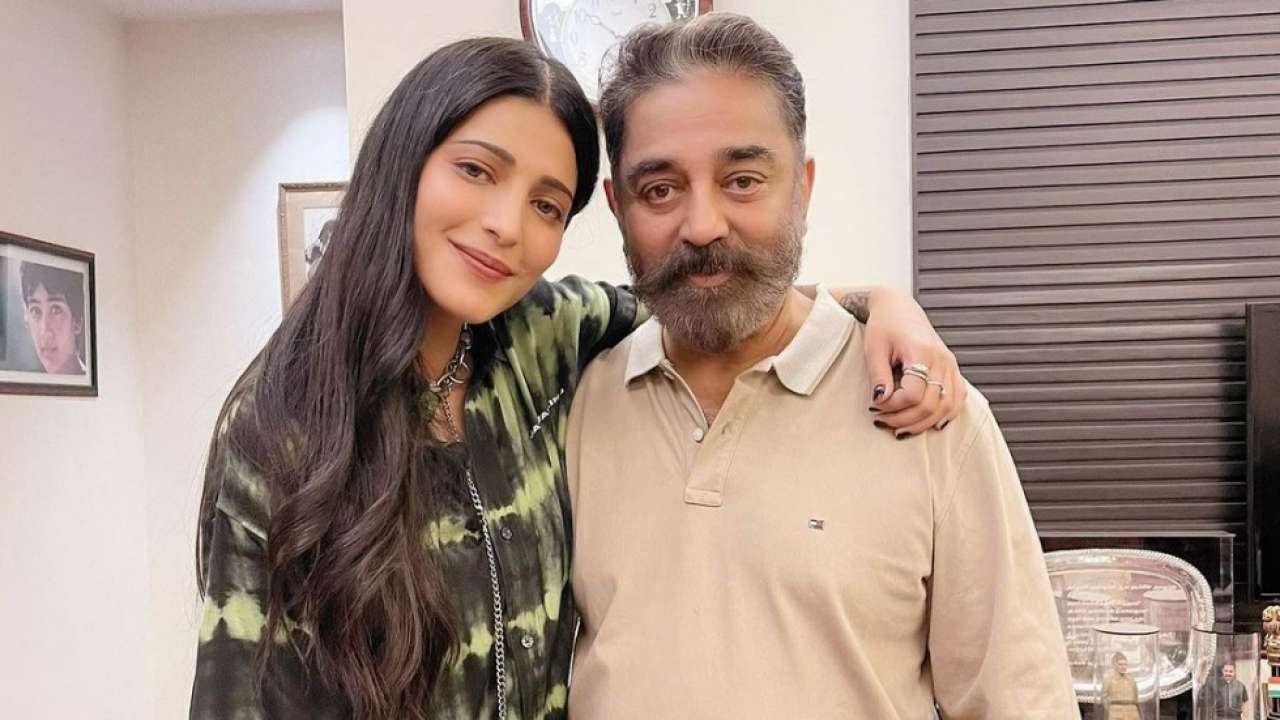 Kamal Haasan’s party, Makkal Needhi Maiam, which roughly translates into People’s Justice Forum, lost his maiden poll to BJP’s national women’s wing leader, Vanathi Srinivasan by 1,728 votes. The actor-filmmaker had his momentum at the beginning of the poll in his constituency, Coimbatore South, but the opponent won by a slim number of votes.

The actor-daughter Shruti Haasan to celebrate and uplift her superstar father’s spirit took it to Instagram and shared a post. The post was to boost up the party and its cause, which beliefs are neither right nor left but acts on causes with a ‘centre’ perspective.

The photo shared by the actress was an ultimate father-daughter moment photo with Shruti smiling widely with no sophisticated celebrity pose. The post was captioned, “Always so proud of my Appa. #Fighter #Terminator.”

In April, Kamal Haasan with his daughters Shruti and Akshara Haasan were at the polling booth to cast their vote for the Tamil Nadu election. Shruti had then shared a photo from that day with the caption, “Time to vote.” She later told NDTV, “I’m just accompanying him (Mr Haasan). I have just come to support him as a daughter. I hope that everything is done in the right way,”

The cinema icon on acting grounds is lined up with interesting projects; he will be seen with Malayalam cinema sensation Fahadh Faasil in Lokesh Kanagaraj’s Vikram and his sequel to 1996’s film Indian titled Indian 2 directed by S.Shankar.

In Pics: Neha Kakkar looks stunning in unseen photos from her Haldi ceremony with Rohanpreet Singh

R Madhavan is not working on Ratan Tata biopic; here’s his clarification