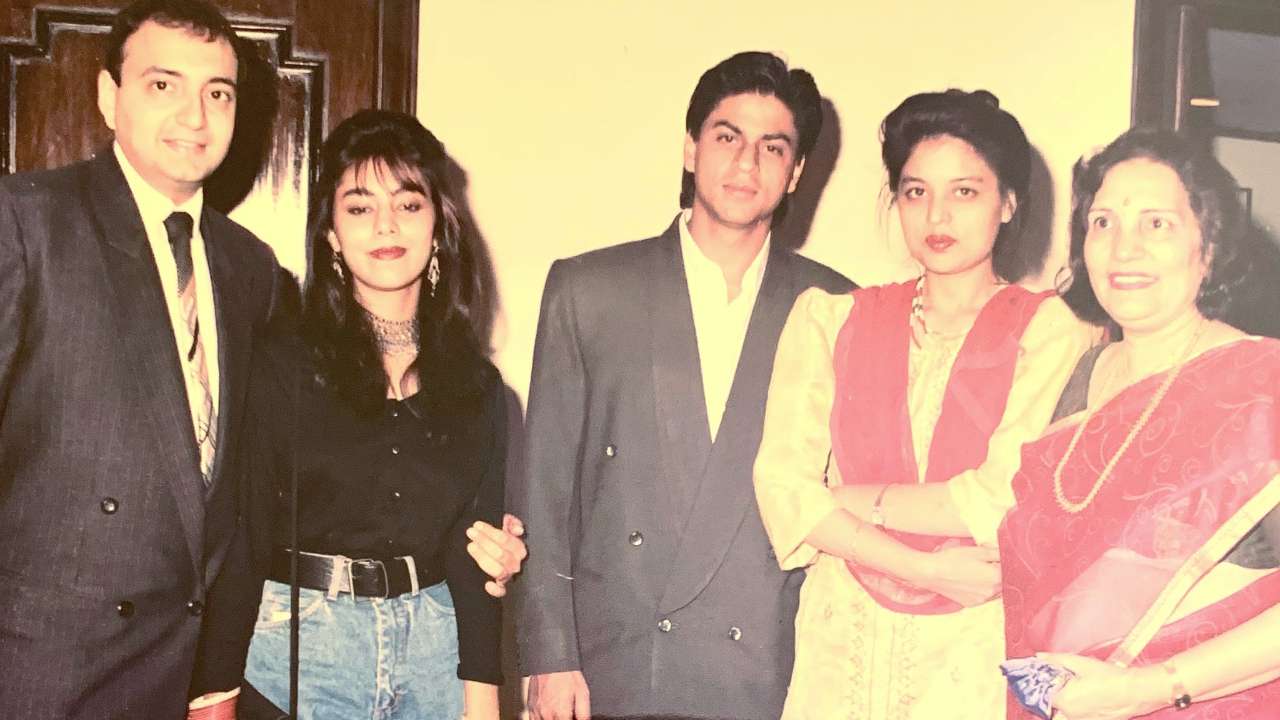 During the initial days of his career, Shah Rukh Khan lived at actor-producer Viveck Vaswani’s home. Since then, they are thick friends and often praise each other. Viveck also is seen taking a trip down memory lane while talking about the golden days with the superstar back in the 90s. Now, Viveck took to his Twitter page and shared a priceless and unseen throwback photo of the then newlyweds Shah Rukh Khan and Gauri Khan.

In the photo, Viveck is joined by his mom and Shah Rukh‘s sister Lalarukh Khan who is often away from the limelight. The photo seemed to have been clicked after SRK and Gauri’s wedding as the latter is seen wearing red choodas on her hand.

Viveck posted the beautiful photo with a caption hintng at Fabulous Lives of Bollywood Wives. He wrote, “Much before Bollywood, before terms like Bollywood wives were coined, the home was Dalamal Park and mom was mom! There were warmth and unconditional acceptance! Here is Mom with Shahrukh, Gauri, Lalarukh and moi! #roots #friendship #mom.”

Check out the photo below:

Earlier while talking to ETimes, Viveck had revealed that he is very much in touch with Shah Rukh. He stated, “We chat on the phone at 2 am. That’s the time when we’re both wide awake. He jokes and says, ‘Give me your Sindhi acumen’. He has several responsibilities- his acting, his production house Red Chillies Entertainment, his VFX work, his KKR team and his charity. He’s so busy, every single day. Plus life has changed a lot, these days. Like for one, I am also running up and down so much with regards to my work at the school of media where I am the dean.

Swapnil Munot’s journey from an actor to producer is inspiring