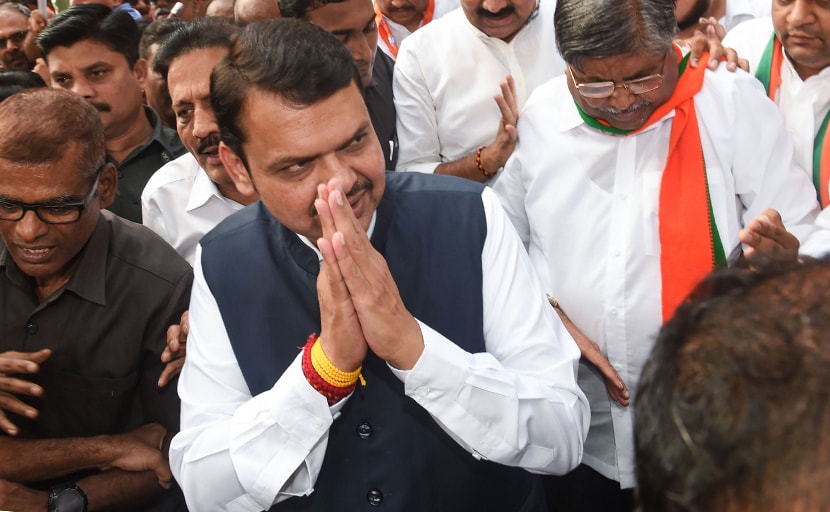 The BJP today appeared headed for a setback in polls in Maharashtra, where it lost power last year. Of the five seats of the Maharashtra Legislative Council where polling was held earlier this week, the BJP is ahead in only one. The ruling Shiv Sena-NCP-Congress coalition is leading in four seats and an independent member is set to win the remaining seat.

Voting was also held in a sixth seat, for local body elections.

The Shiv Sena, however, may end up scoring a duck even though its alliance partners are leading in four seats. Its lone candidate was trailing an independent candidate in Amravati.

The BJP appears to have lost out in its perceived strongholds, the graduate constituencies. Its biggest loss is the Nagpur seat, a party stronghold that was represented in the past by Union Minister Nitin Gadkari and former Chief Minister Devendra Fadnavis’s father Gangadhar Rao Fadnavis. Mr Gadkari, who first won the constituency in 1989, scored four more victories from there before contesting the 2014 Lok Sabha election that brought the BJP to power at the centre.

The NCP or Nationalist Congress Party of Sharad Pawar is ahead in the Aurangabad and Pune graduates’ constituencies.

The elections held on Tuesday were seen as a prestige battle between the Uddhav Thackeray-led Maha Vikas Aghadi (MVA) government and the opposition BJP, which have collided on a range of controversies in recent months. This is also the first electoral test for the year-old coalition of ideologically opposite parties, which has repeatedly been derided by the BJP as an unstable entity.

“The result is a reflection of the MVA government’s performance in the last one year,” Sharad Pawar was quoted as telling news agency PTI.

Among the ruling coalition partners, the NCP and the Congress contested two seats each and the Shiv Sena fielded its candidate in one seat.

The BJP contested four seats and an Independent supported by the party contested in another seat.

NCP MP Supriya Sule, Sharad Pawar’s daughter, congratulated the winning coalition candidates in a tweet. “Good Morning! With Hon. Ajit Dada and Hon. Jayant Patil Ji. Thanking all the voters who voted for the Maha Vikas Aghadi candidates. This victory would not have been possible without the hard work of all our candidates, party workers and guidance of our leaders,” Ms Sule wrote.

Over 12 lakh graduates and teachers participated in the biennial polls. Each constituency includes multiple districts, so the number of voters is significant.

A local body seat, Dhule Nandurbar, was won by the BJP’s Amrish Patel. The by-election was held as Mr Patel quit the Congress to join the BJP.