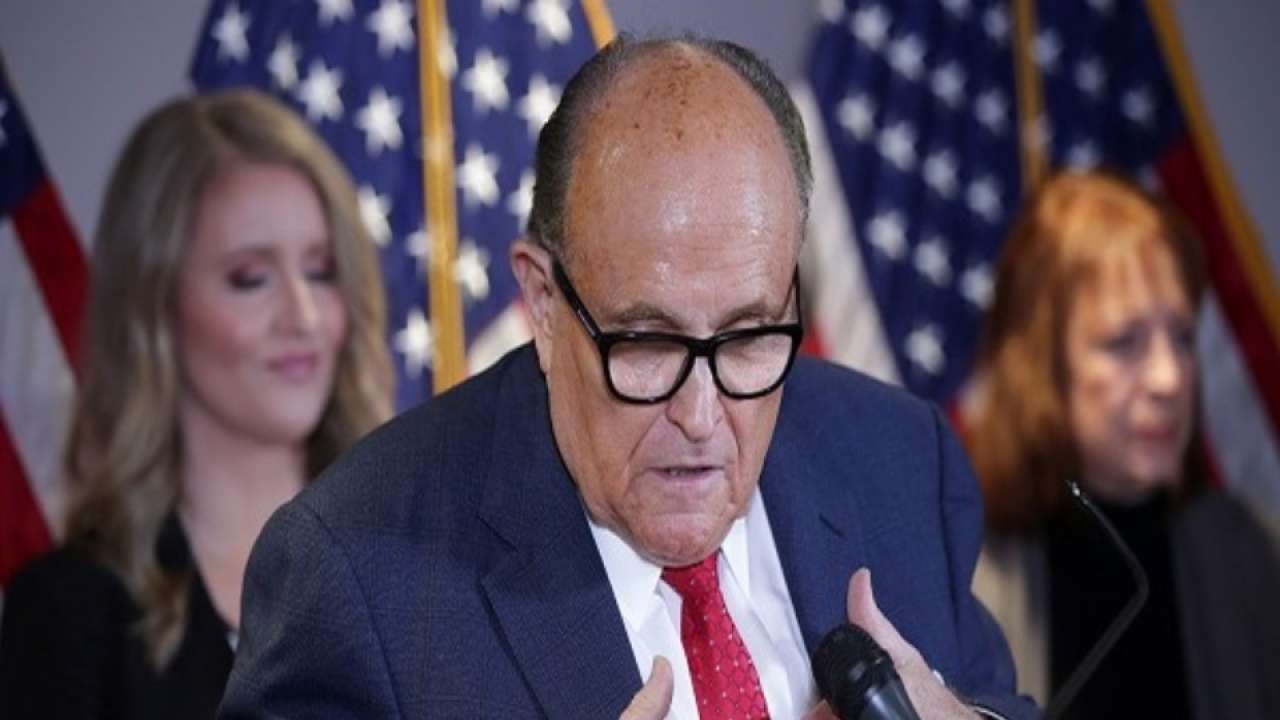 The 76-year-old former New York mayor is the latest in a long string of people close to the White House, including Trump himself, sickened in a pandemic that has killed more than 280,000 Americans.

“@RudyGiuliani, by far the greatest mayor in the history of NYC, and who has been working tirelessly exposing the most corrupt election (by far!) in the history of the USA, has tested positive for the China Virus,” Trump said, using a term for COVID-19 that has drawn backlash.

Giuliani tweeted his thanks to “friends and followers” Sunday evening for their concern about him. “I`m getting great care and feeling good. Recovering quickly and keeping up with everything,” he wrote on Twitter.

Two sources familiar with the situation told Reuters that Giuliani was at Georgetown University Hospital in Washington, D.C., on Sunday and one said he had been admitted for treatment. The hospital did not immediately respond to requests for confirmation.

Giuliani has been spearheading Trump’s floundering effort to overturn his Nov. 3 election loss to Democratic President-elect Joe Biden through a flurry of lawsuits. Both Trump and Giuliani have repeatedly claimed, contrary to evidence, that the outcome was marred by widespread fraud.

State and federal officials have repeatedly said there is no evidence of fraud on any significant scale.

Giuliani visited Georgia on Thursday, where he urged state lawmakers to intervene to overturn Biden`s victory in the state, after making similar pleas in Michigan on Wednesday and Arizona on Monday.

After news of Giuliani`s test, the Arizona state legislature said it would close both chambers this week out of caution “for recent cases and concerns relating to COVID-19.” Giuliani met with about a dozen Republican lawmakers there last week.

The Trump campaign released a statement from the president`s legal team Sunday evening saying Giuliani had tested negative just before his trip to the three states.

“Mayor Giuliani tested negative twice immediately preceding his trip to Arizona, Michigan, and Georgia. The Mayor did not experience any symptoms or test positive for COVID-19 until more than 48 hours after his return,” the statement said.

“No legislators in any state or members of the press are on the contact tracing list, under current CDC (Centers for Disease Control) Guidelines.” It said other members of the president’s legal team “who are defined as having had close contact” will follow their doctors’ orders and CDC guidelines about self-isolation and testing.

Trump and many of his close associates have balked at public health officials` advice to wear masks and avoid crowds to stem transmission of the respiratory illness, which has roared to record levels in the United States as winter approaches.

Giuliani, who developed an international profile as “America’s Mayor” for his leadership after the Sept. 11, 2001, attacks, has faced mounting legal troubles during the Trump administration.

Federal prosecutors in Manhattan have been investigating Giuliani’s business dealings in Ukraine, and two associates, Lev Parnas and Igor Fruman, have been charged with campaign finance violations.

Giuliani has not been criminally charged and has denied wrongdoing. Parnas and Fruman have pleaded not guilty.