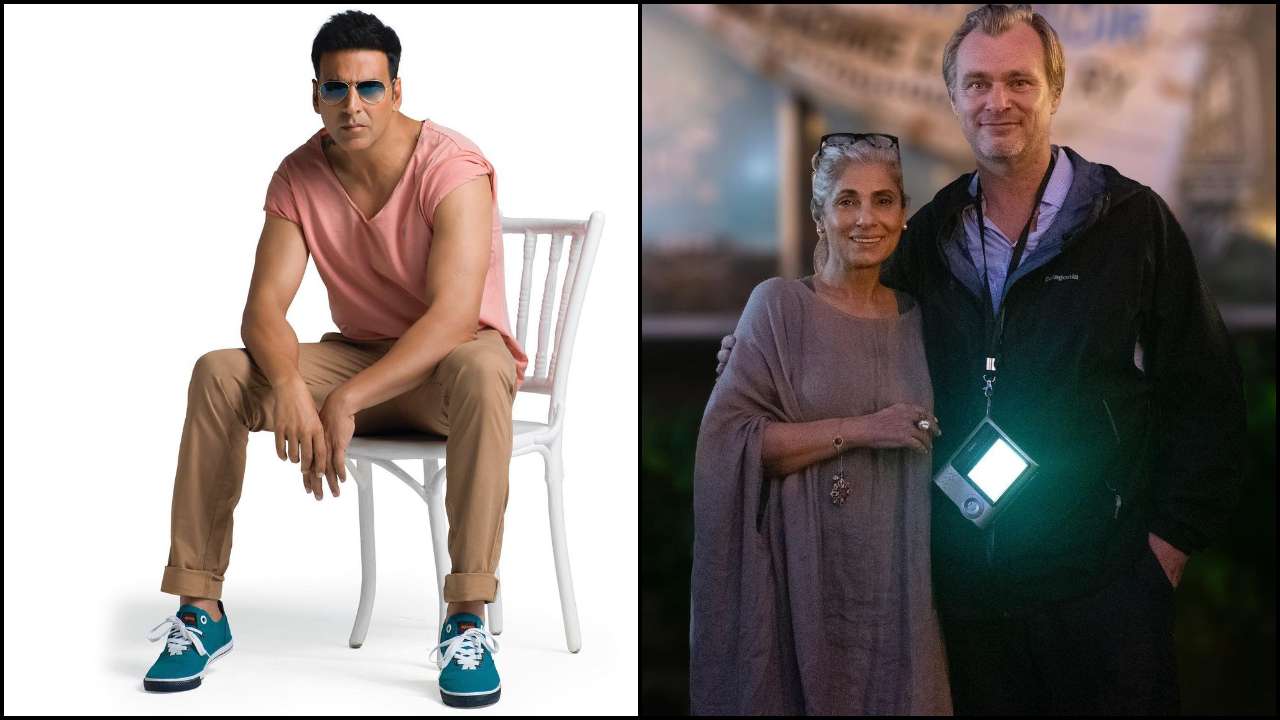 Dimple Kapadia made everyone gaga over her with her role in Christopher Nolan’s sci-fi film Tenet. In the film, the veteran actor plays the role of Priya and has a prominent screen space throughout. The actor had earlier shared her excitement on the film finally getting a release in India. Yes, Tenet hit the screens on December 4, 2020, as theatres reopened in the country amid new normal. Now, a proud son-in-law and actor Akshay Kumar shared a heartfelt post dedicated to Dimple.

In the post shared on his Instagram page, Akshay posted a photo of Dimple and Nolan along with the filmmaker’s handwritten note for her. The note read as “Dimple, What can I say? Working with you has been a delight! Watching you bring Priya to life all around the world has been fantastic. Thank you for your great skill, hard work and lending your talent to Tenet‘.”

The note was attached to the script of Tenet which Christopher gifted to Dimple.

Akshay captioned his post stating, “Here’s my proud son-in-law moment! #ChristopherNolan pens a heartfelt note to #DimpleKapadia on the eve of their release. Had I been in her place, I wouldn’t have been able to move in awe but having watched her on-screen working her magic in #Tenet, I couldn’t be more happy and proud of Ma.”

Earlier while talking to Bombay Times, Dimple spoke at length about working with Nolan and making her Hollywood debut at 63. She said, “When I landed this role, I overcame several obstacles, and most importantly, the fear of rejection. When they cast me, I didn’t know the length of my part or what my role would be. Even if it was a small part, I would have done it just for the opportunity of working with a director (Christopher Nolan) I absolutely adore.”

‘Lost 18 kg in 6 months’: Fardeen Khan opens up on his physical transformation

‘Change is the only constant’: Shivangi Joshi aka Naira confirms her exit from ‘Yeh Rishta Kya Kehlata Hai’