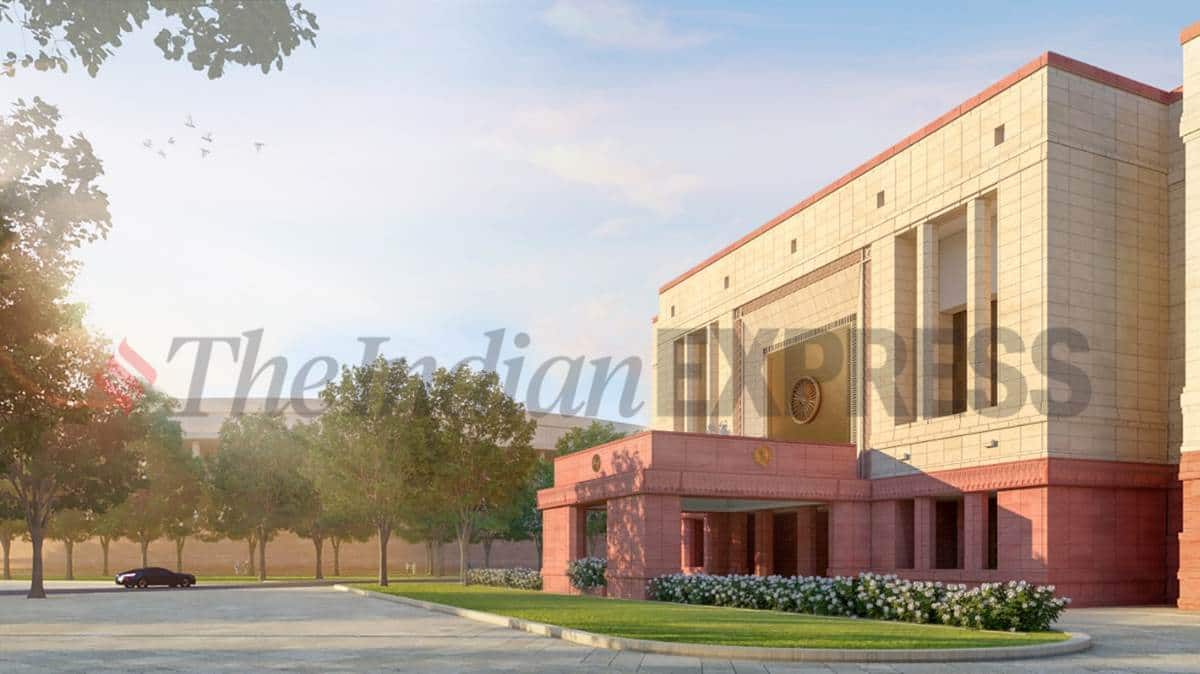 
The proposed ceremonial entrance of the new Parliament complex.

As India looks to celebrate 75 years of its independence in 2022 with a new Parliament building in place, Prime Minister Narendra Modi will lay its foundation stone on December 10. The grand ceremony will be attended by leaders and representatives of all parties who will be present physically or via virtual mode.

Making this announcement at a press conference Saturday, Speaker Om Birla said, “We started the journey of independent India in the old building, and when we complete 75 years, we will have the session of both Houses in the new Parliament building… It will not be a building of bricks and stones, it will be the fulfilment of the dreams of 130 crore people.” A model of the new Parliament building which is estimated to cost Rs 971 crore. (PTI)

What we know about the new Parliament building so far:

# The project of building the new Parliament Building has been given to Tata Projects Ltd.

# The design has been prepared by HCP Design, Planning and Management Pvt Ltd.

# Date of start of construction: Prime Minister Narendra Modi will do a bhoomi pujan at 1 pm on December 10. Construction of the building will start soon after.

# Completion year: The project is expected to be ready by 2022. 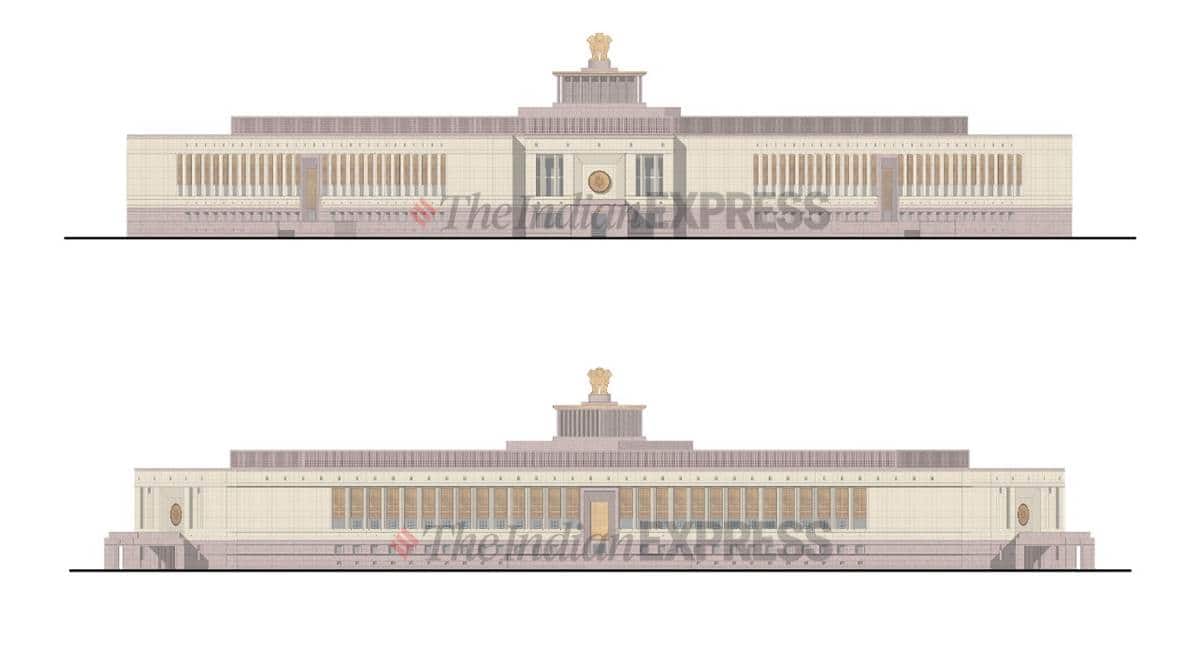 The proposed ceremonial entrance (above) and the public entrance.

# A total of 120 office spaces, including committee rooms, major offices of the ministry of Parliamentary Affairs, Lok Sabha Secretariat, Rajya Sabha secretariat, offices of the Prime Minister, some MPs and offices for staff and security personnel will be housed in the new Parliament. It will also have a reading room for MPs. It will not have a Central Hall. 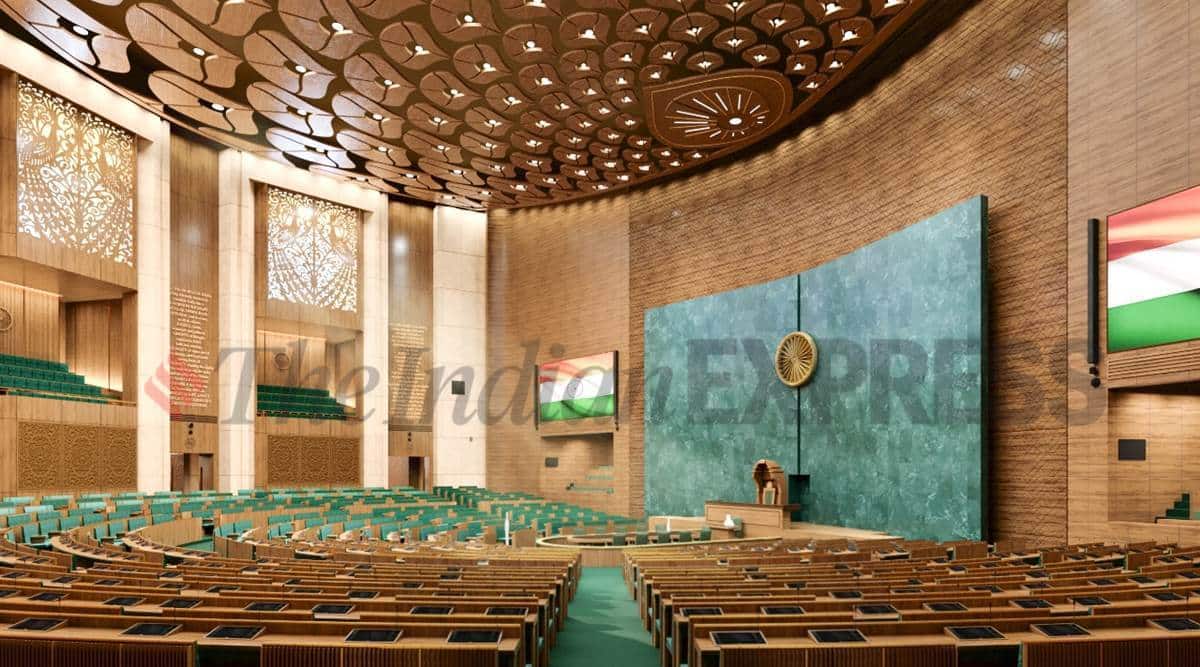 # During a joint session, the new Lok Sabha chamber will be able to accommodate 1,224 members.

# MPs will be seated in two-seater benches, which can accommodate three in case of joint sessions, in a horseshoe pattern in front of the Speaker.

# An adjacent building, which will come up on the site of Shram Shakti Bhavan, will have rooms for all MPs, and will be connected via an underpass.

# The building will be earthquake-resistant, and adaptable to the most modern digital technology.

# Provisions will be made in the furniture for smart displays, biometrics for ease of voting, digital language interpretation or translation systems, and recording infrastructure to produce real-time metadata and programmable microphones.

# Interiors of the halls will be fitted with virtual sound simulations to set the right levels of reverberation sound and limit the echo.

# It will incorporate indigenous architecture from different parts of the country, and showcase the cultural diversity. 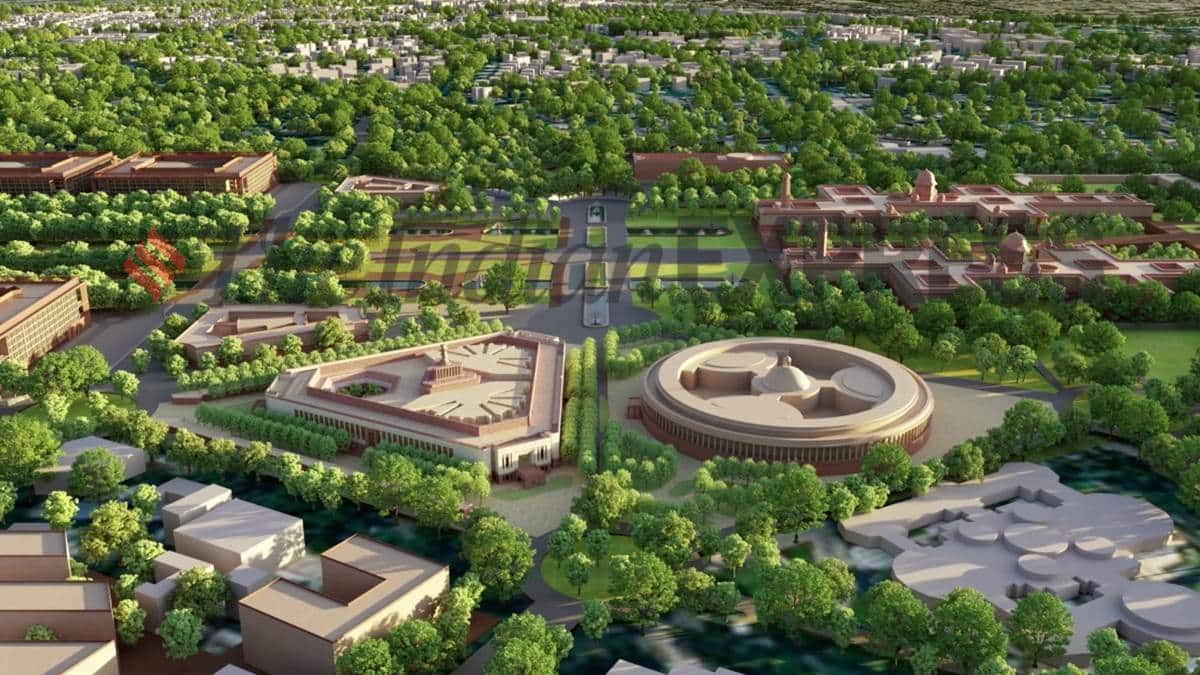 An aerial illustrated view of the proposed new building alongside the existing Parliament building.

# Around 2,000 people will be directly involved in its construction, while another 9,000 will be there indirectly.

# More than 200 artists from various parts of the country will also work for the building.

The existing Parliament building will be conserved as an archaeological asset of the country.

Indian troops on hill tops, we have edge in Ladakh: Rajnath | India News – Times of India

Man Who Attacked Cop With Sword At Farmers’ Protest, 43 Others Arrested