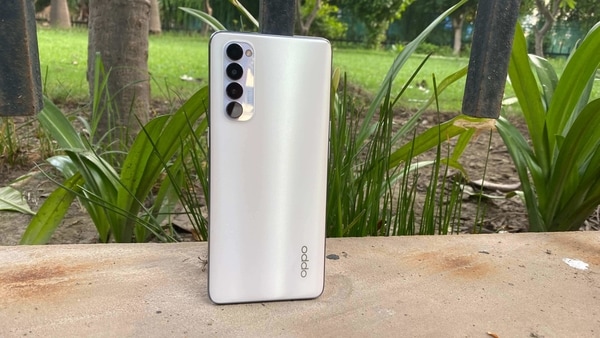 Oppo’s next flagship smartphone series is set to go official on December 10. The series will feature Reno 5 5G and Reno Pro 5G. Already, details of the two phones have leaked multiple times on the web. Now, a new report sheds light on another member of the next flagship series – Oppo Reno Pro+ 5G.

Even as Oppo hasn’t revealed anything about this model through its teasers, the new report reveals the phone will look identical to the Reno 5 5G and Reno 5 Pro 5G. It is also said to come with a quad-camera setup on the back. The configuration is said to feature a 12-megapixel telephoto sensor with 2x optical zoom and a 50-megapixel Sony IMX7xx series primary sensor, GSMArena reports. The third sensor will be a 16-megapixel ultra-wide-angle unit. Details about the fourth sensor are not known as yet.

The report further claims Reno 5 Pro+ 5G will run on Qualcomm Snapdragon 865 processor. Interestingly, Oppo will reportedly offer a plain leather back version, which is said to be the first mass-produced phone with an electrochromic rear panel.

According to reports, Oppo Reno 5 Pro will house a bigger 6.55-inch display and a 4,350mAh battery. The smartphone is said to have the same camera specs as the Reno 5. It is also expected to run on MediaTek’s Dimensity 1000+ chipset.

AirPods Pro vs. Galaxy Buds: Which wireless earbuds are the better buy?