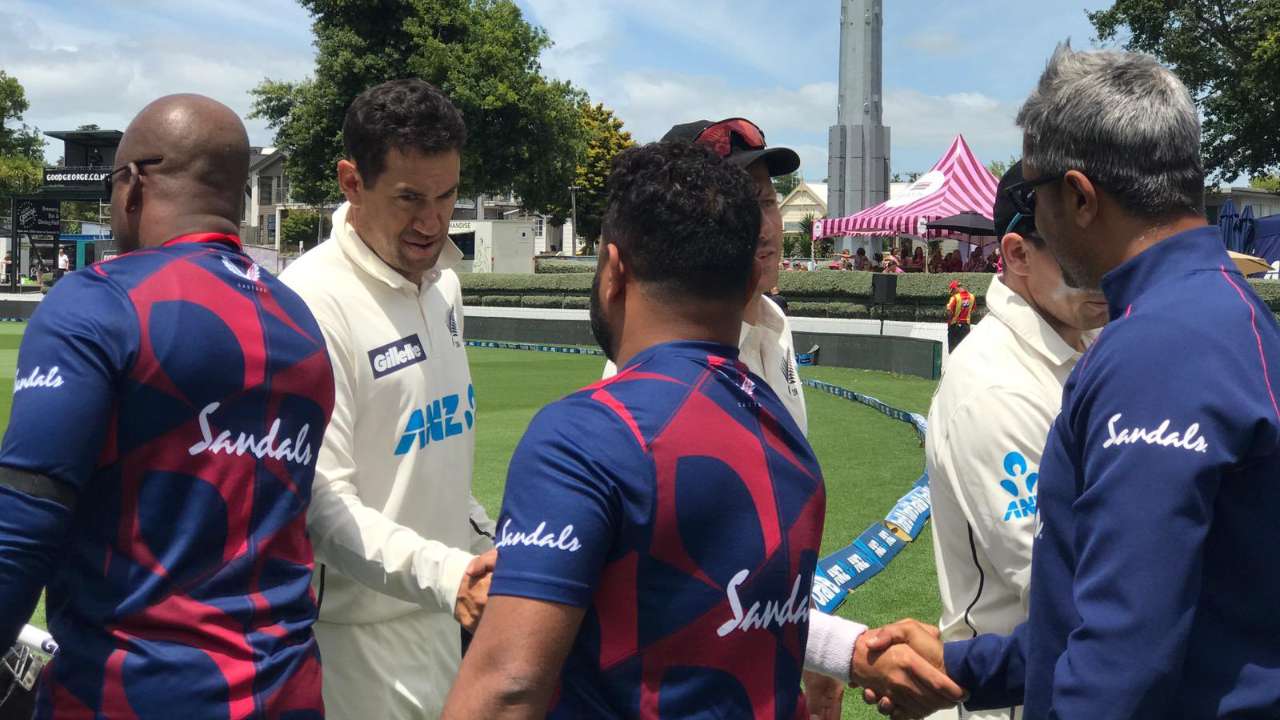 New Zealand wrapped up proceedings in under an hour on day 4 to secure an innings and 134-run win against the West Indies at Seddon Park in Hamilton to take a 1-0 lead in the two-Test series. With this win, New Zealand have secured 60 points in the ICC World Test Championship and prolonged West Indies’ agony in New Zealand, where they have lost nine out of the 14 Tests that they have played here since 1999, winning none. West Indies’ poor performance can be summed up by the fact that in both innings of the Test, they did not pass Kane Williamson’s individual score of 251.

Heading into day 4, Jermaine Blackwood and Alzarri Joseph delayed the inevitable and it was Joseph who continued to attack, smashing two sixes off Trent Boult and Tim Southee. New Zealand looked slightly rusty and they prolonged their frustration when Blackwood was dropped on 89 by Ross Taylor at slip off Tim Southee. After a few nervy moments, the partnership went past 150 and Blackwood notched up his second Test fifty.

However, the fun ended for Alzarri Joseph as he miscued the sliced lofted shot to deep point where Mitchell Santner took the catch to give Kyle Jamieson his second wicket. From that point on, it was a swift end. Neil Wagner’s short ball tactic worked as Blackwood top-edged a pull to backward square leg and Southee took the catch to finish his innings on 104. Wagner sealed the game emphatically by uprooting Shannon Gabriel’s middle stump as New Zealand continued their dominance of the West Indies.

Fortunate to get off to a good start

Kane Williamson, the New Zealand skipper, won the Man of the Match award for his brilliant 251 and he said there were contributions from everybody. “Throughout the batting order, we had valuable contributions. Every guy that came got starts, but faced 50-60 balls. It was a really nice contribution. We knew that it will be a tough challenge against WI, we were really fortunate to get off to a really good start and sort of hold onto that position. West Indies bat deep and they showed it with their lower-middle order, they applied themselves really well and a fantastic hundred by Jermaine. Great that the guys stuck. When the ball is moving around, you sometimes get ahead of yourself. Full credit to the bowling attack, it started to flatten out, really good all-round effort. It’s important to take the learnings and looking forward to the next Test.”

West Indies lost 16 wickets on day 3 of the Test match and this was the one aspect that skipper Jason Holder stressed on after the match. “Our batting wasn’t just good enough in both the innings. Credit to Blackwood and Joseph in bringing some respectability to our batting but our top-order needs to stand up. We are still scratching our heads. The preparation was good, we had two solid warm up games. A little bit more application needs to shown. We need to fight a little longer. We need answers and need quickly,” Holder said.

The second Test between New Zealand and West Indies will be played at the Basin Reserve in Wellington on December 11.

Parthiv Patel announces retirement from all forms of cricket, indebted to Sourav Ganguly

Bangladesh vs West Indies: After failing to recover from thigh strain, Shakib Al Hasan ruled out of 2nd Test