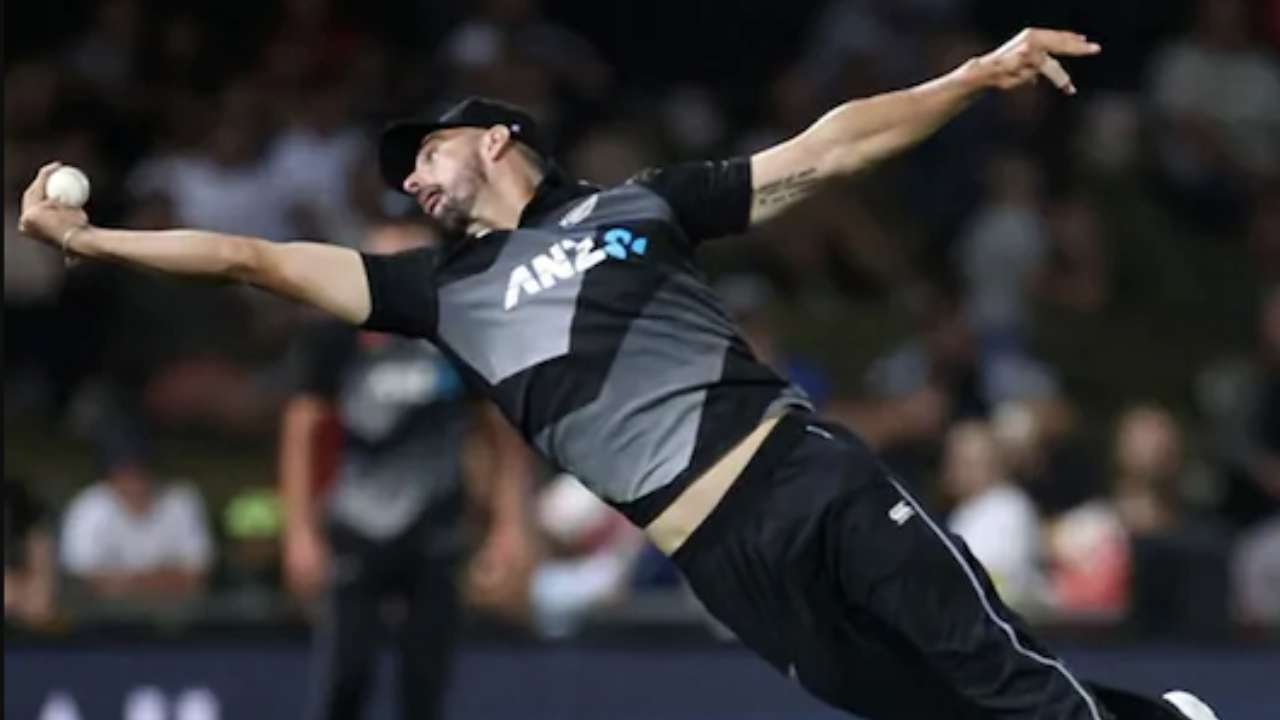 The 3rd T20I between New Zealand and Pakistan went to the wire but the visitors pulled off a nail-biting win by four wickets and avoided a clean-sweep in the three-match series.

Chasing 174 to win, Pakistan got off to a solid start, with their openers Haider Ali and Mohammad Rizwan adding 38 runs inside five overs.

However, their partnership was broken by Daryl Mitchell’s ‘absolute screamer’ to send Haider Ali packing in the last over of the powerplay.

Daryl Mitchell was not even part of the playing XI. He pulled off the sensational catch moments after coming to the field as a replacement for Martin Guptill, who injured himself.

Talking about the dismissal, it was a leading-edge from Haider Ali off Scott Kuggeleijn’s bowling. The ball went to the cover region where substitute fielder Daryl Mitchell ran backwards for a couple of yards and pulled off a one-handed blinder.

As for the clash, Rizwan and Mohammad Hafeez stitched an 82-run stand for the second wicket to put Pakistan in the driver’s seat.

Hafeez had scored an unbeaten 99 in the previous match and missed out on a half-century by nine runs. He was also caught by Daryl Mitchell in the deep in the 14th over.

Rizwan in the middle still kept Pakistan on top, but losing wickets in quick succession towards the end brought New Zealand back in the game.

With three runs needed off the last three-ball, Iftikhar Ahmed got his side over the line by smashing a six. New Zealand couldn’t complete the clean sweep but won the series 2-1. Pakistan and the Kiwis will next face each other in the two-match Test series, which begins on December 26.

Tennis: ATP confirms Australian Open to start on February 8 due to COVID-19