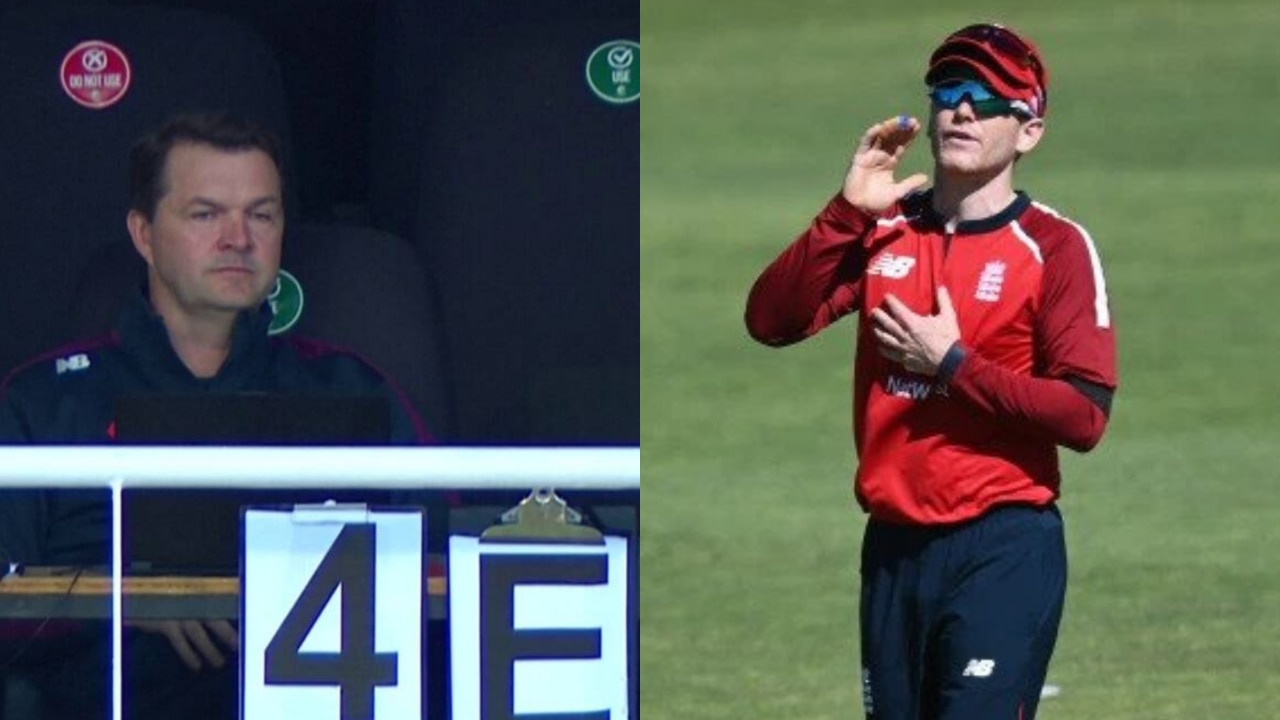 England skipper Eoin Morgan has come out in defence of his team analyst’s coded signals during the final game of the three-match T20Is series against South Africa.

Nathan Leamon – the main analyst for England’s white-ball teams – had placed two placards with combination of numbers and letters on the dressing room balcony. The placards, which read 4E and 2C were displayed during England’s bowling innings to help Morgan in his decision-making.

Since there was no device or any electronic thing used and a basic mode of getting the message through was used, it didn’t violate rules. However, the action did attract some criticism from British press and former England captain Michael Vaughan too.

Even though, the strategy was cleared by the English side with the match refree Andy Pycroft, Vaughan said it was ‘nonsense’. Vaughan tweeted, “You’re telling me you can’t get that info privately? I like info but this is a step too far.”

Signals sent from an analyst on a balcony to the captain on the pitch !!!! The world has officially gone nuts !!! #SAvENG #OnOn

While the vice-captain Jos Buttler, joked about it saying they were lottery numbers.

“The lads were checking their Euromillions numbers,” Buttler told Sky Sports with a chuckle.

“Eoin [Morgan] works closely with Nathan to work on the match-ups. In the IPL, you have two tactical time-outs for suggestions from analysts, but you have to be careful how you use it, there has to be an instinctive, intuitive side to the game,” he added.

Morgan, himself defended the move saying there was nothing wrong about using data as a fuel for innovation.

Asked if it was in the spirit of the game, Morgan said, “100%, [it’s] within the spirit of the game. There’s nothing untoward about it. It’s about maximising information that we’re taking in, and measuring it against things [like] coaches’ recommendations, the data, what’s going on. We’re definitely going to continue with it, and give it enough of a sample size to see if it makes a difference to, or improves, our decision-making on the field or our performance.”

The coded signals sparked a debate on the passing of information during the game from the support staff. While, in leagueslike IPL, strategic time-outs are taken to pass on the information, in international cricket teams are finding new ways pass the information on.