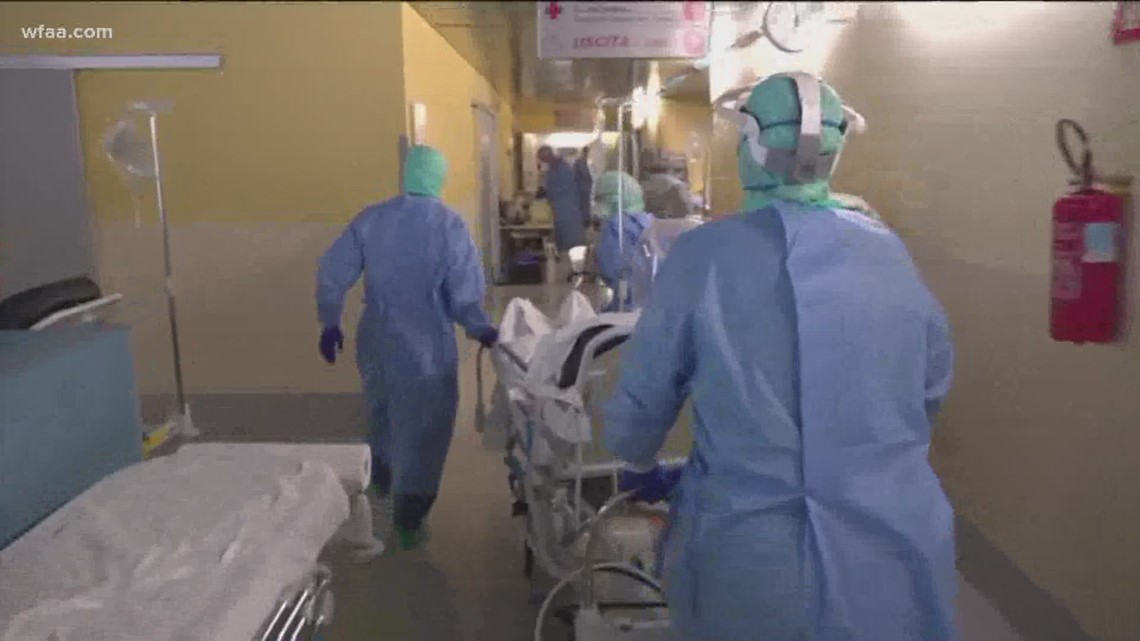 For this capacity limit to go back up, COVID-19 patients must make up less than 15% of the total capacity for seven straight days.

An order by Gov. Greg Abbott is requiring restaurant capacity in North Texas to be reduced from 75% to 50%.

This order went into effect Thursday after the North Texas region reported its seventh straight day with COVID-19 patients making up at least 15% of the hospitals’ total capacity.

Non-essential businesses like gyms and retail stores in the area also must abide by this order.

For the occupancy limit to go back up, COVID-19 patients must make up less than 15% of the total capacity for seven straight days.

RELATED: ‘It’s as bad as it has been, and it’s going to get worse’: COVID-19 hospitalizations set records in North Texas

The region currently has 2,545 people hospitalized with COVID-19, which makes up 15.6% of the hospitals’ total capacity.

#Breaking: North Texas has hit the hospitalization level requiring roll back of reopening to 50% for restaurants, gyms and retail and bars have to CLOSE.

To go back up, COVID-19 patients must make up 15% or less of total capacity for 7 straight days.
Map of area in pic
(@wfaa) pic.twitter.com/K8Pflbi8rF

Dallas County Judge Clay Jenkins released a statement Thursday saying that Dallas County will abide by this order and require all non-essential businesses to reduce capacity from 75% to 50%.

On March 19, Gov. Abbott issued an executive order that prohibited dining-in at Texas restaurants. On April 27, he announced Phase 1 of reopening would begin as businesses, including restaurants, could open back up to 25% capacity.

Later that month, Gov. Abbott ordered all Texas restaurants to reduce capacity back to 50% as a part of an executive order on June 26.

Abbott increased that percentage again to 75% on Sept. 17. That is where it has since remained.

That makes up 18% of all beds in Tarrant County hospitals. This COVID-19 capacity percentage has remained above 15% for 12 consecutive days, according to Tarrant County health officials.