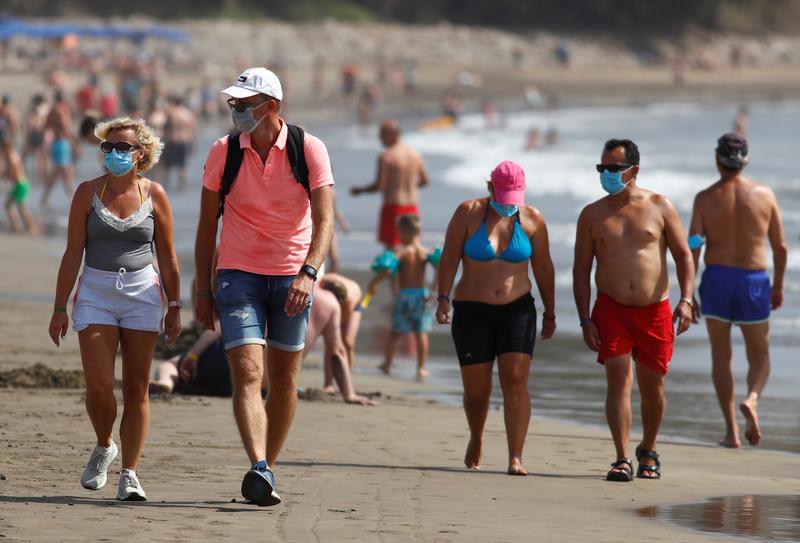 MADRID (Reuters) – More than half of Spaniards are not willing to get COVID-19 vaccine shots as soon as they are available, a survey showed on Friday as the government announced a target of 15-20 million vaccinations by mid-2021.

Now several vaccines are in the works, one of the challenges for governments will be to convince a big enough share of their population to get vaccinated.

Even in Spain, where vaccination rates are usually high, this will be an issue, as shown by the official poll by the Centre for Sociological Studies (CIS).

About a third of the population would be ready to take the COVID-19 vaccine immediately, while 55.2% of them would rather wait to see any effects on others, the poll carried out on Nov. 23-26 amid 2,130 people, showed.

Out of the 55.2% of people who would rather wait, almost 60% would change their mind if their doctor recommended them to take it because they were at risk or putting their family members at risk, the survey showed.

Only 8.4% of Spaniards would refuse to take any sort of vaccine.

Spain last week unveiled its vaccination plan for when regulatory authorities give their approval. Vaccination will be free and voluntary, and is set to start in nursing homes in January.

Prime Minister Pedro Sanchez said on Friday he expected to have between 15 and 20 million people to be vaccinated by May or June 2021. Spain has 47 million inhabitants.

In a prior CIS survey, carried out between Nov. 3 and 12, 36.8% said they would take the vaccine shot immediately, while 47.8% said they would not, though the question in that survey did not include the option of waiting for the effects to be known.

All your questions about the Oxford-AstraZeneca vaccine answered

COVID-19 immunity can last at least for 8 months: Study