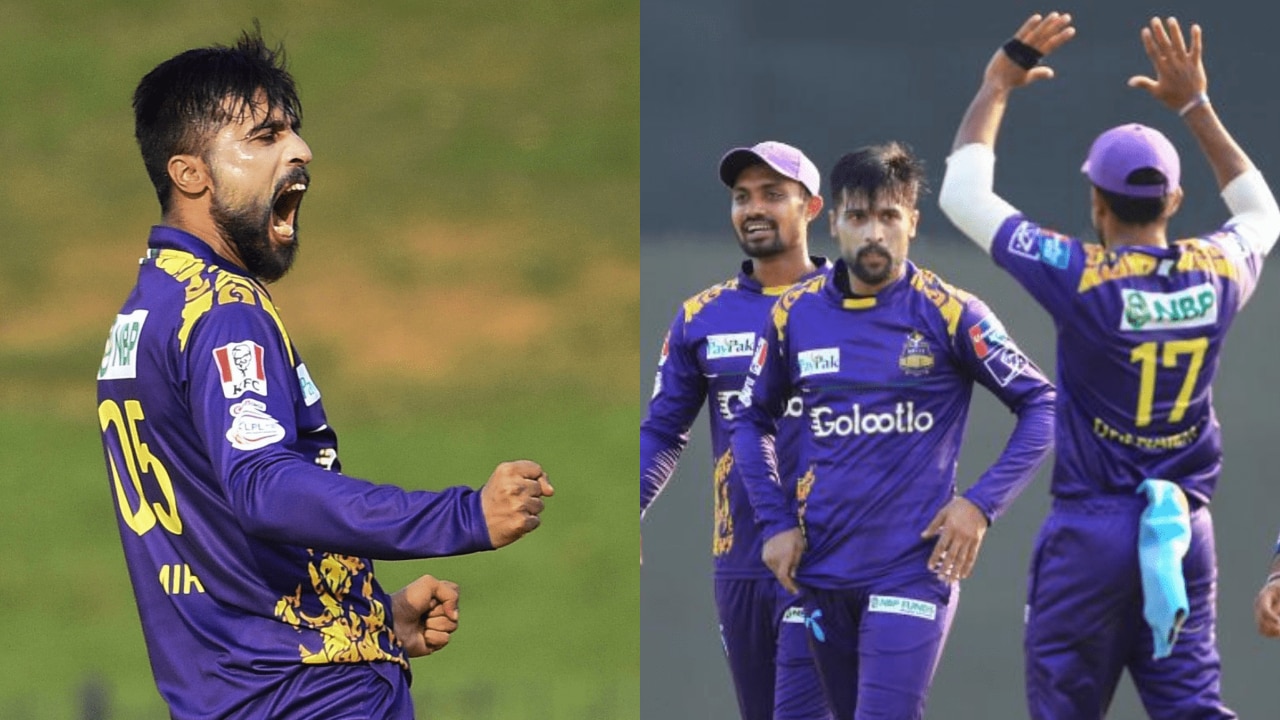 Mohammad Amir took the first-ever five-wicket haul in the Lanka Premier League (LPL) history playing for Galle Gladiators as his effort helped them to win their first game after five losses.

Bowling first, the Gladiators didn’t let Colombo Kings get off the hook and kept taking wickets, even though Dinesh Chandimal continued to play his shots.

Amir started his wicket count by removing Chandimal in the powerplay itself. Daniel Bell-Drummond kept Kings’ innings afloat with a steady knock of 44 (36).

He first accounted for Bell-Drummond in the 18th over and then removed Thikshila de Silva, Isuru Udana and Qais Ahmed, all in the last over to dismiss the Kings and finished with figures of 5/26.

Mohammad Amir has claimed the second -for of his T20 career

He picked up two wickets, as well as completing a run out, in the final over of the innings to finish with 5/26

Gladiators, riding on their top-four batsmen chased the target of 172 pretty comfotably and won the game with 15 balls remaining to notch-up their first points in the league.

By the virtue of this win, Gladiators left their familiar last place to now be on the fourth position on the points table and kept their hopes of qualifying for the knockouts still alive.