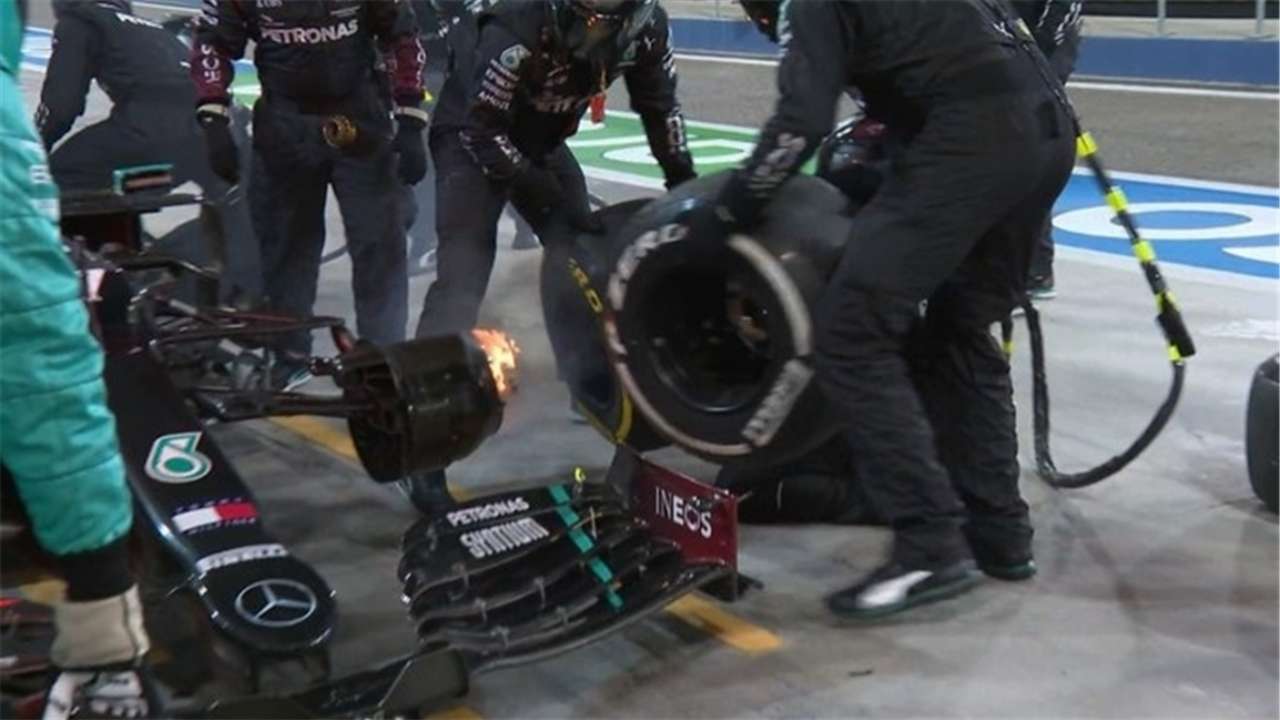 Formula One champions Mercedes were fined 20,000 euros (18,036.91 pounds) on Sunday after they fitted the wrong front tyres to George Russell’s leading car at a bungled Sakhir Grand Prix pitstop.

Mercedes mistakenly put tyres reserved for team mate Valtteri Bottas onto Russell`s car after both pitted when the safety car was deployed, forcing the Briton to make another stop that dropped him to fifth.

Russell eventually finished ninth after a late slow puncture dealt another blow just as he had moved back up to second and was reeling in Racing Points’s Mexican winner Sergio Perez.

Mercedes were summoned by stewards post-race for the infringement.

The team explained that a radio communications technical issue was to blame, with the pit wall’s message to the pit crew going unheard because Russell had transmitted over it.

“We knew immediately when Valtteri didn`t have his tyres, we knew that Valtteri’s tyres were on George’s car,” said team boss Toto Wolff.

The stewards found mitigating circumstances, with Mercedes rectifying the problem within one lap and losing further time. Russell was allowed to keep the points.

Bottas’s pitstop took 27 seconds as a result of the mix-up, with mechanics taking off his car’s tyres and then putting the same ones back on again once they realised what had happened, compromising the Finn`s race Stewards noted that such a breach had not previously happened in Formula One.