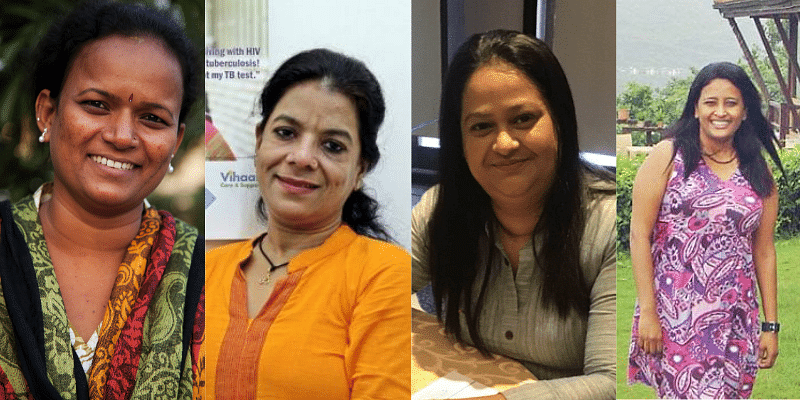 Living with HIV is not easy. It takes courage to face the social realities of discrimination and uninformed stigma, while battling the disease itself.

The World Health Organisation has declared it an epidemic, several authors believe the seriousness and lack of definite cure for the disease lends it the term pandemic. However, what can be universally agreed upon is that the world can certainly do with abundance of kindness towards people living with HIV.

Many across the world have faced discrimination and remain socially alienated due to their HIV status – children are not allowed access to education and adults lose their jobs. Celebrities like Rihanna, Madonna, Alicia Keys, and Shilpa Shetty, among others have raised their voice to spread awareness.

At the same time, many believe that people living with HIV coming forward can make a huge difference. Here are four women whose relentless fight against odds and society will inspire you to be kinder.

A TB-HIV activist, Mona Balani has endured a long and arduous journey and now works with India HIV/AIDS Alliance in Delhi. Determined to challenge stigma associated with HIV and spread awareness on the disease, she joined Network for People Living with HIV/AIDS in 2007.

Born in Jaipur, Rajasthan, her family life took a sharp turn when Mona and her husband were diagnosed with HIV in 1999. Everyone from their relatives to healthcare workers and doctors would discriminate against them and pass inappropriate remarks.

While Mona lost her husband and youngest son to TB, she survived TB twice – lung TB and abdominal TB in 2002 and 2006, respectively. However, many doctors and hospitals denied completing her diagnosis as a person living with HIV. She reached out to a retired doctor she knew who referred her to one of his colleagues and her diagnosis began, albeit with double gloves and Mona having to change all the equipment and bedsheets used.

“People think that HIV only leads to death, but that is not true. I proved to the world that you can live a healthy life with HIV, and I am still leading a healthy life,” she told UNAIDS.

Jyoti Dhawale believes happiness is a personal choice and that has made all the difference, despite challenges that rocked her life time and again.

Being ill-treated by her stepmother and a bilateral sensorineural hearing loss – where she can only hear sounds above decibels of 80 – made for a rather unhappy childhood. The latter disqualified her from achieving her dream of becoming a fighter pilot, like her father who was an Air Force officer.

In her marriage, Jyoti realised only in hindsight that she was a victim of marital rape and was forced to undergo abortion thrice because her husband did not like using protection. Blood transfusion during of these abortions involved infected blood and Jyoti was diagnosed with HIV in 2005.

This diagnosis happened when she gave birth to a child. Later, her husband divorced her, took the child with him, and left her alone to deal with postpartum depression and the news of being HIV positive.

Today, she is spreading awareness and debunking the taboo around HIV/AIDS as a blogger, activist, and as the Indian ambassador of The Stigma Project. She has also found love and compassion in her husband and friend Vivek Surve.

Pravasini Pradhan’s husband was diagnosed with HIV in 2003. He succumbed to the disease 15 months later. When Pravasini also tested HIV-positive, her in-laws did not talk to her nor was she allowed to complete her husband’s funeral rites. Other families would not let their children play with her one-year-old daughter, although she tested negative.

The loss of her husband, and news of contracting the virus, brought with it social discrimination but a counsellor at a testing centre helped her. She took part in meetings of people living with HIV/AIDS and learning about their journeys inspired her.

Today, Pravasini is a dedicated activist and founded the Kalinga Network for People Living with HIV/AIDS (KNP+) in 2006. As president of the organisation, she is spreading awareness regarding the disease to battle social stigma and taboos in the society. The activist also focuses on informing people living with HIV about government schemes, healthcare facilities, and available treatment options.

The organisation has also partnered with the Elizabeth Glaser Pediatric AIDS Foundation (EGPAF) through Solidarity and Action Against the HIV Infection in India (SAATHII).

In 1995, Jahnabi Goswami publicly shared her HIV status, the first woman in Assam and northeast Indian states to do so. The activist feels that being vocal this way will lead the change and shatter myths surrounding HIV/AIDS in society.

In 2004, she founded Assam Network of Positive People (ANPP) and currently serves as the first woman president of Indian Network for People living with HIV/AIDS (INP+). According to her, the two most critical issues at hand is introducing sex education in schools and ensuring access to HIV treatment in remote areas of India.

She has challenged every adversity life has thrown at her, from losing her politician father at the hands of militants to losing her husband and two-year-old daughter to HIV. With the support and motivation of her mother, she continues to inspire, 27 years after she was told she had only three months to live.