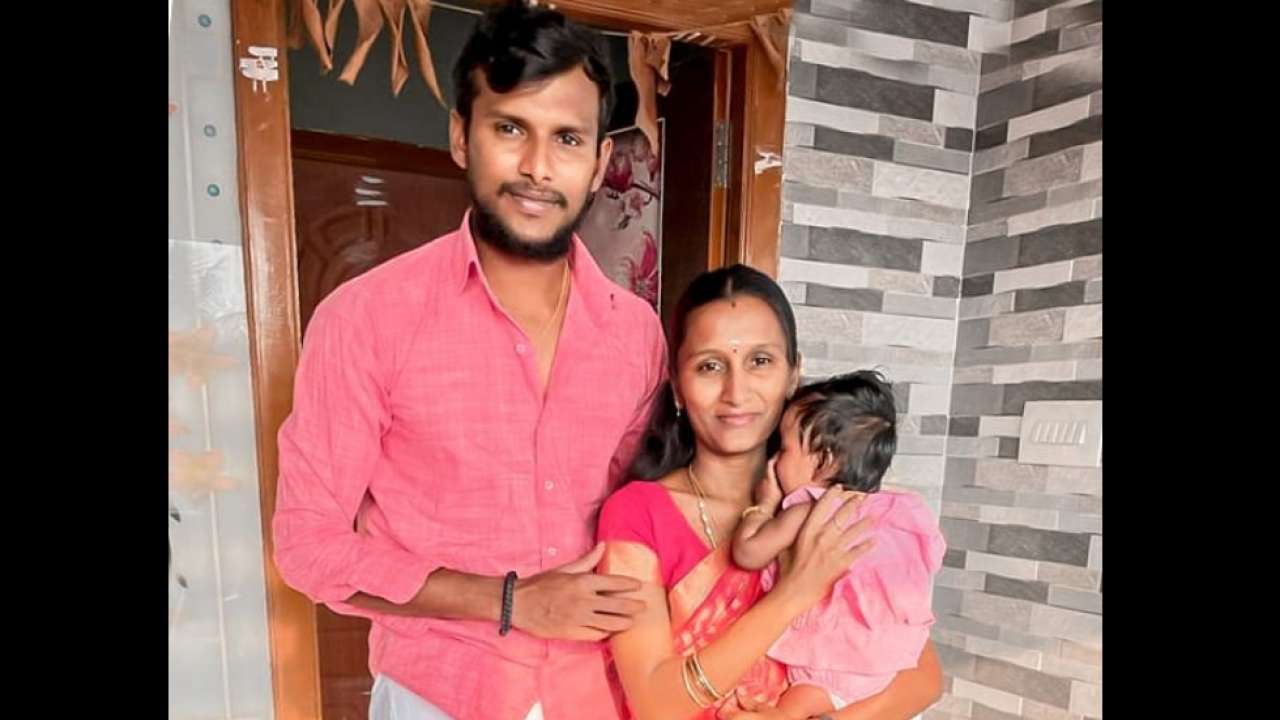 From his performance for Sunrisers Hyderabad (SRH) in the Indian Premier League (IPL) to making a debut for India in the series Down Under against Australia, T Natarajan has surely grabbed all the attention.

T Natarajan will be hoping that his strong start in international cricket continues after been named in the T20I squad for the five-match series against England, starting on March 12.

So ahead of the series, the pacer is making sure to spend some quality time with his wife and his newborn daughter Hanvika. On Monday, he took to Instagram to post a picture of himself with his daughter for the first time. His wife was also accompanying him in the photo.

Calling his daughter ‘laddu’, Natarajan wrote: “Our little angel Hanvika. You are our life’s most beautiful gift.You are the reason why our life is so much happier.Thank you laddu for choosing us as ur parents.we love u always and forever”

The pacer had missed the birth of his daughter in November as he was playing the IPL in UAE. Immediately after the IPL, he flew to Australia and only got to see his child last month after returning home.

IND vs ENG: After Michael Vaughan’s pitch criticism, now he has THIS to say