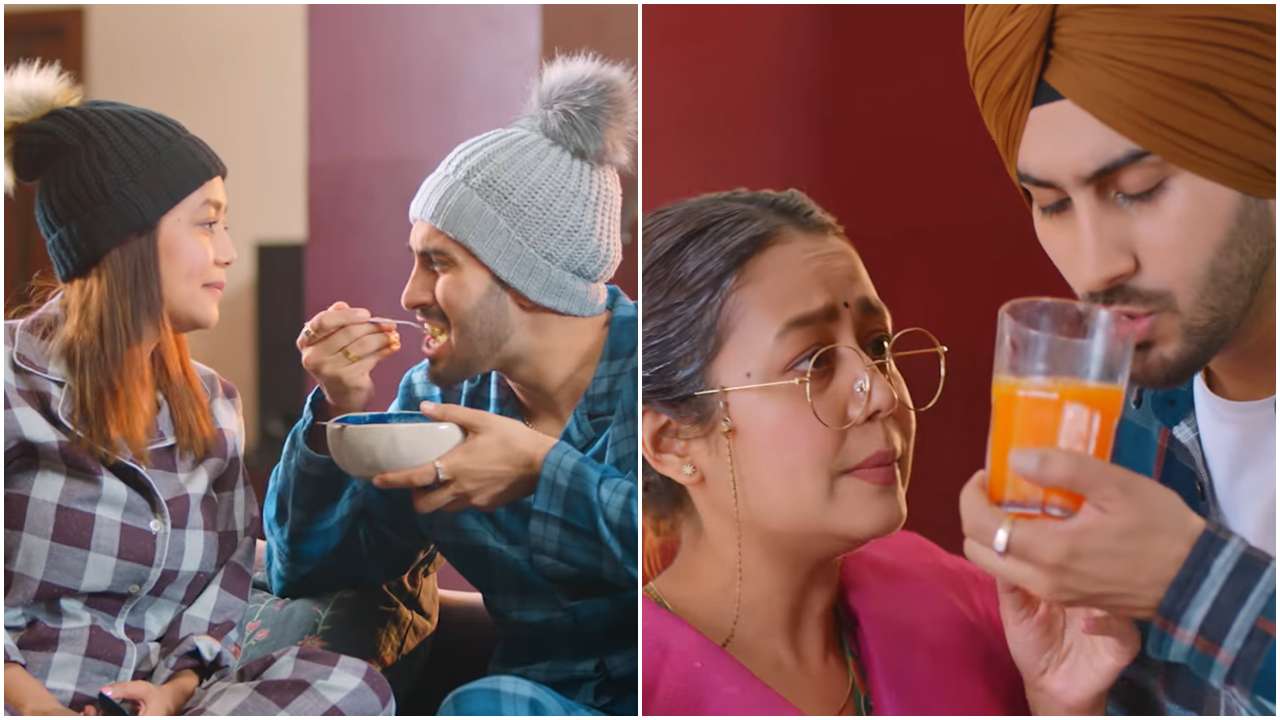 Khyaal Rakhya Kar is sung by Neha Kakkar, written by Babbu, and music is given by Rajat Nagpal. The song is based on a couple who were dating since childhood, got married, and were expecting a baby soon.

However, things change for them after Neha’s husband played by Rohanpreet in the song, dies after a car hits him. The video then skips to a few years later as the baby of Neha Kakkar and Rohanpreet Singh is born and looks just like his dad and how Neha cares for him and lives the same moments with her son as she did with her husband.

Neha Kakkar’s photo with a baby bump was all over social media over the weekend. The news of Neha’s pregnancy had spread like wildfire, however, the picture was revealed to be a still from their new song.

Before Khyaal Rakhya Kar, Neha and Rohanpreet had also featured in ‘Nehu Da Vyah’ after which they had gotten married.

For the uninformed, Neha married Rohanpreet Singh on October 24. After her marriage, Neha appeared in Salman Khan’s ‘Bigg Boss 14’ and had revealed that she fell in love with Rohanpreet when she first met him on the sets of her song ‘Nehu Da Vyah’ and instantly decided to marry him.

When Salman asked Neha if she got married because of the song or first did the song then decided to get married she said that she had nothing like marriage in her mind. Neha told Salman, “Maine life mein pehli baar gaana banaya aur mujhe pata nahi tha ki main actually apni future likh daalungi (I composed a song for the first time and didn’t know that I would predict my future).”