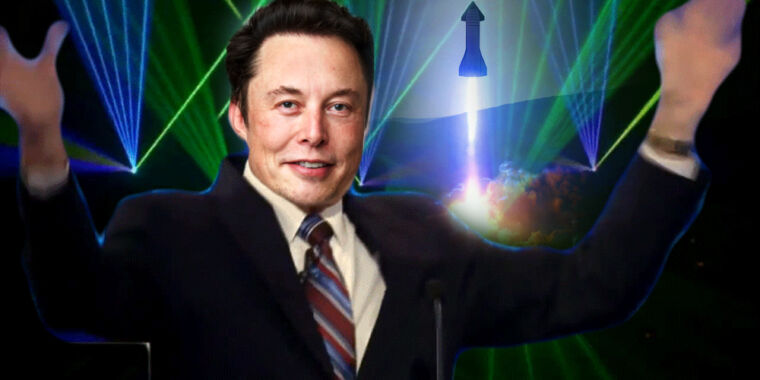 SpaceX has taken a key step toward getting a green light to fly its Starship vehicle to an altitude 100 times higher than the spaceship prototype has previously flown.

On Wednesday, the Federal Aviation Administration issued a temporary flight restriction for SpaceX to conduct a Starship launch from its facility near Boca Chica Beach in South Texas. The notification allows the company to attempt a Starship hop on Friday, Saturday, or Sunday, between the hours of 9am EST (14:00 UTC) and 6pm EST (23:00 UTC) daily. SpaceX must still obtain a launch license from the FAA for this flight.

The company’s founder and chief engineer, Elon Musk, has said SpaceX will attempt to fly Starship to an altitude of 15km to demonstrate the performance of three Raptor engines over the course of several minutes. The company’s previous flights to about 150 meters, in August and September, used a single Raptor engine.

This higher flight profile will take Starship above nearly 90 percent of Earth’s atmosphere, which will allow the company to do several new tests: assess the performance of body flaps on Starship, transition from using propellant from the main fuel tanks to smaller ones used for landing burns, and test the vehicle’s ability to reorient itself for returning to the launch site.

All of this will be lot to ask of the large and complex Starship vehicle. Recently, Musk opined on Twitter that he expected this Starship prototype, dubbed SN8 or Serial Number 8, had about a 1-in-3 chance of landing safely. Of course, Musk has learned the value of setting expectations over the years—before the first Falcon 1 flight in March 2006, he told one reporter the rocket had a 90 percent chance of reaching orbit. (It did not come close to doing so).

So the overall chances of a successful flight are probably a little better than 1-in-3. But there remains the potential for a lot to go wrong. And if it does, this type of learning on the fly is part of the plan. Already, SpaceX has nearly completed a SN9 prototype at its factory-beneath-tents in South Texas; SN10 and SN11 are being stacked; and components of SN12, 13, 14, and 15 have been spotted by local observers.

Musk is willing to burn through hardware in order to reach orbit as fast as possible. He believes that the best way to identify a weakness in his rocket, and shave mass, is to go fly the vehicle and find its margins.

Eventually, Starship will form the upper stage of SpaceX’s new launch system. It will sit atop the large Super Heavy booster, which is expected to be powered by 35 Raptor rocket engines. This large booster has yet to fly, but SpaceX has begun stacking the first prototype in Texas. SpaceX started with the second stage first because it’s the most difficult part of a fully reusable rocket—the company’s engineers have already demonstrated first-stage reuse with the Falcon 9 booster.

Initially, the new vehicle will be used for cargo only, as SpaceX remains a long way from making the interior of Starship habitable for humans. But even building a fully reusable vehicle that can lift 150 tons into low Earth orbit would be a marvel. That’s more throw capacity than the Apollo Program’s Saturn V rocket had.

Theoretically, a successful hop this weekend or with SN9 a few weeks later could keep SpaceX on track to attempt an orbital launch attempt next year, with a full stack of the Super Heavy booster and Starship rocket.

Weather conditions for this weekend’s flight test look excellent. After the passage of a cool front, South Texas will see clear skies, light winds, and moderate high temperatures in the low 60s. In all likelihood, SpaceX will provide a webcast of the attempt, but if not, there will be several excellent streams available. In addition, Trevor Mahlmann will be on site for Ars to document the flight in photos and video.