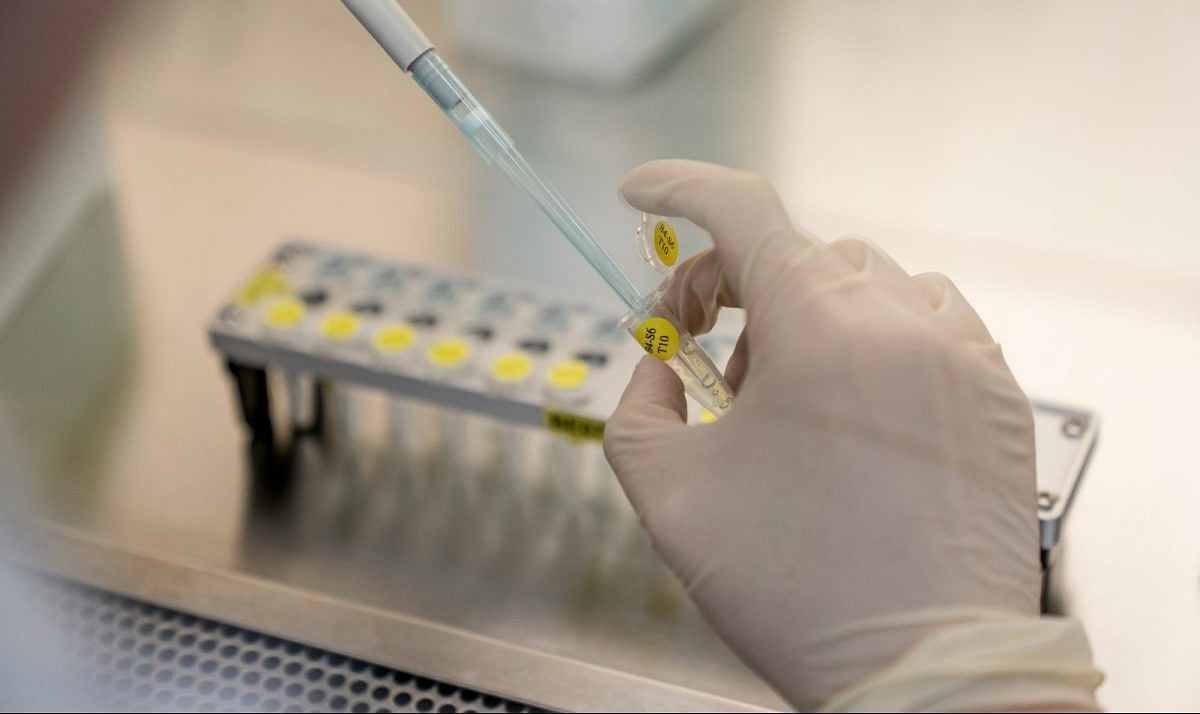 
New Delhi: As the world awaits a Covid-19 vaccine with baited breath, the contribution of vaccine trial participants, which has been crucial to the entire process, has often gone unnoticed.

Thousands of these faceless participants volunteered to get injected the trial vaccine candidates in the past few months across the world, with the sole intention of bettering science — even at their own peril.

But what motivated them to participate?

“I just thought, why not, you know,” said Sudha, a former journalist based in Pune who is a participant of the Oxford-AstraZeneca vaccine trial at the Serum Institute of India in Pune.

“I felt I had to do something to contribute to this fight. This felt like the perfect opportunity,” said Kumara Prashandh, a participant of the Bharat Biotech’s Covaxin trial — India’s first indigenous vaccine candidate.

“You’ll think I’m mad,” 63-year-old Hemant Vasant Katakkar laughed. “But you could risk your life falling into a pothole and no one would compensate you. So I just went for it.” Katakkar is also a participant of the SII trial.

All of them agreed that it was a combination of two things — taking the risk and keeping their faith.

But the latter has proven to be a tough exercise with multiple reports of adverse events after vaccination cropping up, especially in the past few weeks.

At 90 per cent and 94.5 per cent efficacy, respectively, both companies have applied for emergency use authorisation, with Pfizer getting the green signal from the UK government Wednesday.

However, not all of it has been good. The much awaited Oxford-AstraZeneca vaccine was halted in September after two participants developed potential adverse effects of the vaccine. The trial was later cleared by an independent data safety monitoring board.

In another instance, Johnson & Johnson stopped trials after a participant developed an unexpected illness in October, before resuming operations after an investigation.

Most recently, a participant in Chennai sent a legal notice to the Serum Institute of India — the company manufacturing the Oxford vaccine in India — after allegedly suffering a serious adverse effect. However, instead of halting trials, the company filed a Rs 100 crore defamation suit against the participant.

Amid all this tumult of unknown risks and adverse effects, these trial volunteers have attempted to keep their faith.

Conversations with five such volunteers revealed that their decisions to participate in the trials went beyond just weighing pros and cons, and came from a more altruistic desire to help the world recover from the coronavirus pandemic.

Signing up for a vaccine trial is no small feat. Decades of vaccine research have informed current norms that are designed to put the safety of volunteers first as trials go through the three phases.

While serious adverse reactions to immunisation are rare, they cannot be entirely ruled out.

According to documents reviewed by ThePrint, Pfizer and SII vaccines disclose that there could be “unknown” risks in taking the vaccine and also that “severe” reactions “are rare”.

For the trial participants, aside from the desire to aid the fight against the pandemic, word of mouth and close relatives participating also had a role to play in encouraging them to come forward.

As a cardiologist who had lost patients and colleagues to the disease, Dr Ritabrata, consultant cardiologist at the Royal Glamorgan Hospital and University Hospital of Wales in the UK, told ThePrint that his decision to become a volunteer was backed by his own understanding of the protocols that are in place in randomised control trials. He signed up for the Oxford-AstraZeneca virus in April.

“Things have got to start somewhere. I thought it was worth taking the risk. Having run RCTs myself, I knew what I was getting into. There are expensive safety precautions in place. You have to go for it. If people do not volunteer how will people get a vaccine? People were falling ill and we had to do something about it,” he said.

For his brother Shreedeep, a consultant with a cyber security firm in Texas, US, the decision was motivated by the opportunity to make a difference.

“The main thing is that I wanted to be part of something bigger. You don’t usually get that chance in life, and this was an opportunity to do that,” he said, adding, “The US government is trying hard to conclude these studies, and I felt like I could help.”

Shreedeep felt mild symptoms exactly 24 hours after taking each shot in the Pfizer trial, which had wavered his confidence a little.

“After the first shot, I had a fever, weakness, and flu-ish symptoms for four or five days. The second time, the same symptoms came but left much faster. I got a bit worried the first time around, no one wants to be sick from an unknown agent,” he told ThePrint.

“If there are side effects five years down the line, that’s something no one can know, so it doesn’t worry me or hold me back,” he added.

Sudha, who wished to go by her first name only, said she took the plunge because a relative who worked at SII took the vaccine.

“I also come from a family of doctors, and they encouraged me to sign up. In that sense, I didn’t think about it very much. I just thought, if my nephew can do it, why can’t I?”

Volunteers are also compensated for travelling to the trial site for regular check-ups and tests. Bharat Biotech gives its participants Rs 1,000 every time they visit the centre, SII gives Rs 500, and Pfizer around $100 (approx. Rs 7,377).

Hemant Katakkar said he discovered a call for volunteers in a newspaper and immediately signed up for the SII trial.

“I just felt like it was selfish to wait for the vaccine to be tried on others before taking it myself, after it is approved. It didn’t seem fair,” he told ThePrint.

He felt more confident participating in the trial given it had reached Phase 3, when safety had already been largely established.

A vaccine becomes eligible for a Phase 3 trial after it clears Phases 1 and 2, which are also aimed at assessing safety, efficacy and side-effects but involve much fewer participants.

At this stage, it is given to large numbers of volunteers for scientists to observe the effects of the vaccine on the general population.

Katakkar also encouraged over 20 others to participate in the trial.

However, after news of the Chennai participant’s complain came to light, several concerns have emerged, especially regarding health insurance in case things go wrong.

“I wasn’t told about the insurance policy for volunteers, and I am still unclear about it. They have said they will compensate us financially if the trial leads to a problem, but if there is a long-term issue they are not clear about insurance,” said Katakkar.

For most of these volunteers, these report have reinforced the reality that there’s no going back once both shots have been administered, even though they are free to exit from the trial at any time.

Kumara Prashandh, a 31-year-old IT professional from Chennai, signed up for the Covaxin trial during Phase 2. However, he said he was momentarily concerned after a volunteer reportedly suffered an adverse effect. The case of the SII-Chennai participant didn’t help either.

“In Chennai, we had healthcare workers come every day to check on us. They work very hard, and even though they are paid, they are paid very little. I felt participating in the study was the least I could do to contribute,” he told ThePrint.

He added: “I think communication needs to be handled better, and as volunteers, we need to be told when something goes wrong. But whenever I got a little worried I reminded myself that I haven’t had any side effects. So far, so good. I’m proud of myself for signing up.”

Also read: This is how India’s syringe makers are gearing to meet demand as world awaits Covid vaccine

Why news media is in crisis & How you can fix it

But the news media is in a crisis of its own. There have been brutal layoffs and pay-cuts. The best of journalism is shrinking, yielding to crude prime-time spectacle.

ThePrint has the finest young reporters, columnists and editors working for it. Sustaining journalism of this quality needs smart and thinking people like you to pay for it. Whether you live in India or overseas, you can do it here.

Bacteria Have Been Seen Literally Changing Shape to Avoid Antibiotics

A new forecasts projects more than 80,000 Americans could die of Covid-19 in next 3 weeks