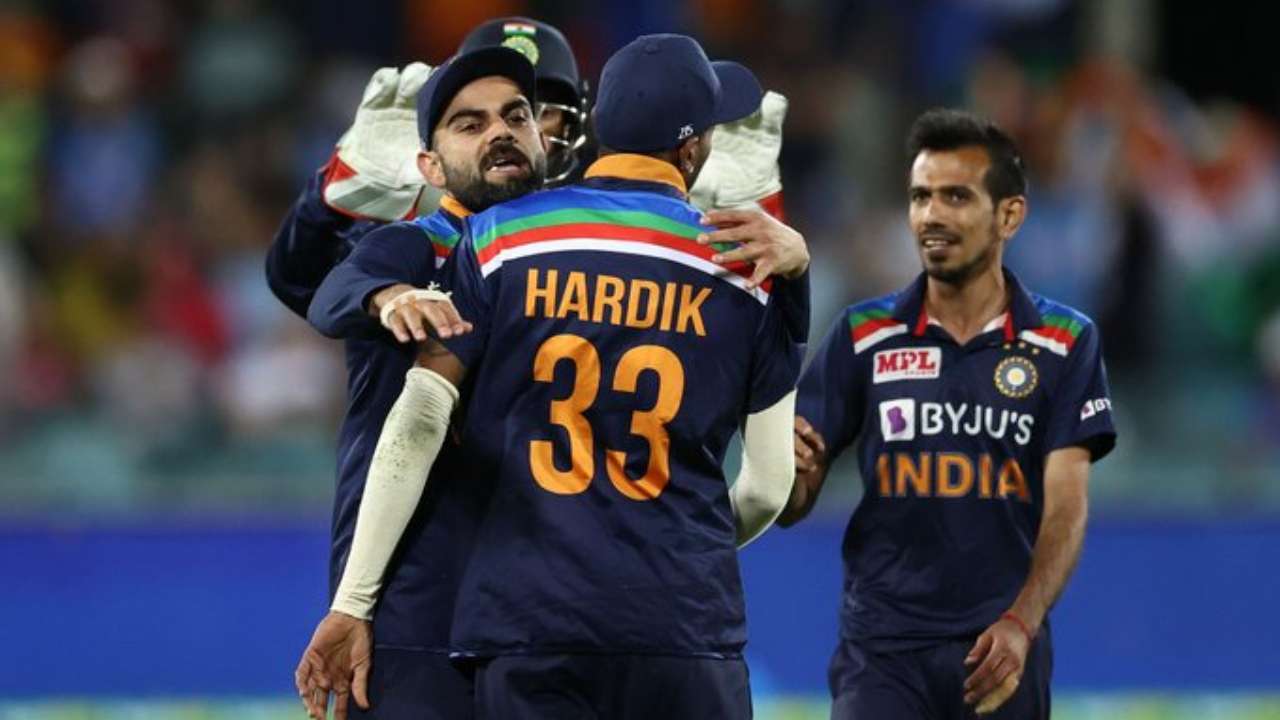 Yuzvendra Chahal’s inclusion in the second innings of the first Twenty20 International between India and Australia at the Manuka Oval in Canberra has created plenty of controversy. Yuzvendra Chahal came on to the field as a concussion substitute for Ravindra Jadeja, who was suffering a hamstring injury and also got hit on the helmet in the final over bowled by Mitchell Starc. Yuzvendra Chahal’s inclusion did not please Justin Langer, who argued with the match referee David Boon and was furious in the dugout.

However, Yuzvendra Chahal did not improve Justin Langer’s mood as he made a massive impact in the match. Aaron Finch and D’Arcy Short gave Australia a stunning start as they 53/0 in the first powerplay. India did not help themselves when Manish Pandey and Virat Kohli dropped D’Arcy Short and Aaron Finch in quick succession of the bowling of Deepak Chahar.

Yuzvendra Chahal, though, came into the attack and struck in his very first over. Aaron Finch mistimed a lofted shot and was caught by a diving Hardik Pandya at long off. In the second over of his spell, Yuzvendra Chahal got the massive wicket of Steve Smith and he nearly had a third as Glenn Maxwell mistimed a lofted shot but it landed safely at long off. However, Yuzvendra Chahal finished his spell in grand style as he took the wicket of Matthew Wade for 7 as he ended with figures of 4-0-25-3.

In a statement released by the BCCI, it said, “Ravindra Jadeja was hit on the helmet in the final over of the first innings of the first T20I. Yuzvendra Chahal will take the field in the 2nd innings as a concussion substitute. Jadeja is currently being assessed by the BCCI Medical Team.”

According to the new set of rules, the ICC allows players who suffer concussions during a match to be replaced in their team’s playing XI. However, the regulations emphasise on a ‘like-for-like’ replacement for the concussed player and that part still remains to be under dark clouds. Match referees will have a huge say if a team decides to bring a substitute during a match. As per ICC Cricket Operations boss Geoff Allardice, the match referees will determine who the concussion substitute is and he has the power to restrict a player from bowling in order for the replacement to be considered like-for-like.

Kuldeep Yadav’s coach lashes out at Virat Kohli, Ravi Shastri for exclusion from Indian Test side