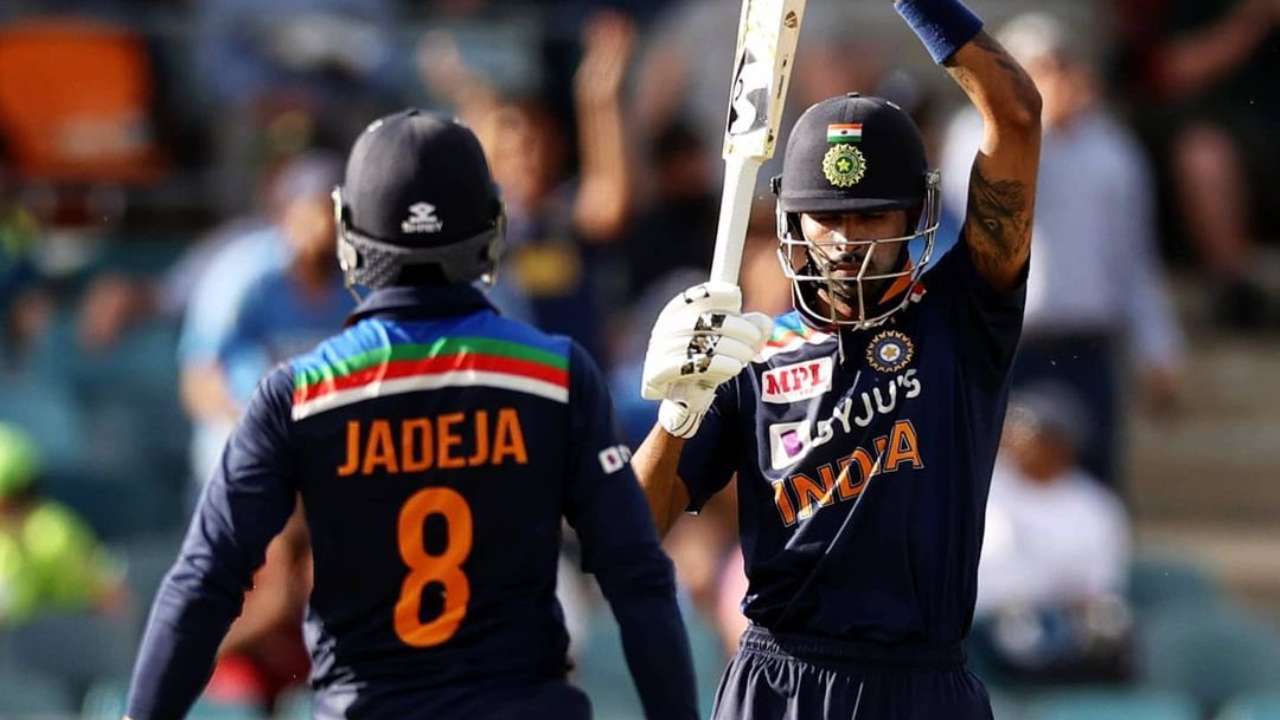 September 17, 2017, Chennai. India are reeling at 87/5 against Australia in the first ODI at Chepauk. MS Dhoni and the newcomer Hardik Pandya are struggling to middle the ball. The run-rate is very low. Australia are building pressure. However, both batsmen have gotten their eye in and are looking to accelerate. Hardik Pandya breaks the shackles with a four and three sixes as 24 runs come off the over bowled by Adam Zampa. Prior to that over, Hardik Pandya had made 35 off 45 balls. He would end on 83 off 66 balls, meaning 48 runs in 21 balls. It is a series-changing knock and Australia do not recover.

December 2, 2020, Canberra. India have just lost Virat Kohli for 63. Hardik Pandya’s strike-rate is just around the 60 mark. Ravindra Jadeja is struggling for timing as he strikes at just over 50. Hardik Pandya strikes boundaries in three overs and improves his strike-rate to 90. Having gotten his eye in, Hardik Pandya seizes the moment and blasts two fours and a six off Sean Abbott. Hardik Pandya’s assault rubs off on Ravindra Jadeja and the left-hander hits two sixes off Josh Hazlewood. The momentum changes. India plunder 93 runs in seven overs and the duo’s 150-run stand help India cross 300. Out of his six ODI fifties, four have now come against Australia.

What is the common link between both those knocks? One was a series-changing knock. The other could possibly be a series-altering knock. India avoided the whitewash and they now head into the Twenty20 Internationals, a format where they have had far greater success than Australia. Virat Kohli’s team will be aiming to extend their advantage against Australia and Hardik Pandya will play a big role.

When one talks about Hardik Pandya, one can imagine a batsman who wants to hit sixes from ball one. However, his batting on that day in 2017 and in IPL 2020 as well as the ODIs suggest that Hardik Pandya is taking the MS Dhoni route of finishing the games and deflating the opposition.

Hardik Pandya is following the MS Dhoni blueprint where he is taking his time, getting his eye in and then chooses the right time to kill the game off for the opposition. More importantly, like Dhoni in his middle career, Hardik Pandya is aware of the match situation. In the first game in Sydney, the asking rate was huge and Hardik Pandya needed to attack from ball one. The right-hander did just that. Hardik Pandya clouted two sixes off Adam Zampa and two sixes as well as a four off Glenn Maxwell to reach a fifty off 31 balls. Hardik Pandya finished at a strike-rate of 118.4.The awareness of the match situation is what makes Hardik Pandya mature now. His contrasting approaches in Sydney and Canberra have made him dangerous. His exploits during IPL 2020, in which he averaged 35 with a strike-rate of 178 and 25 sixes in 14 games, make India favorites heading into the T20Is.