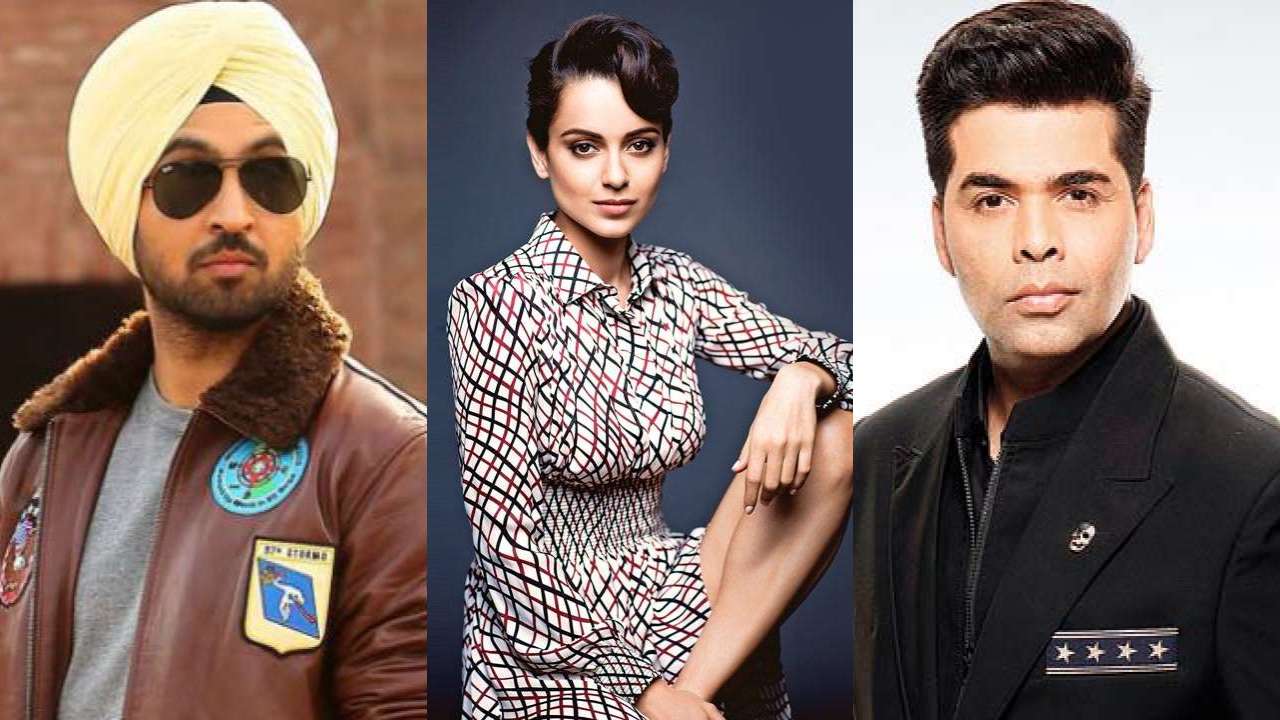 Actor Kangana Ranaut has got herself mired in yet another controversy after she said that an elderly woman, who was seen protesting against the Citizenship (Amendment) Act (CAA) at Shaheen Bagh in the national capital in December-March, was seen in the ongoing farmers’ protest in Delhi as well.

In her now-deleted tweet, Kangana had identified the elderly Sikh woman during the farmers’ protest as Bilkis Bano of Shaheen Bagh. She had tweeted that the woman had joined the protest for a meagre price of Rs 100.

Reacting to this, several Punjabi artists and even television personalities like Prince Narula, Himanshi Khurrana had slammed the actress for her comments.

On Wednesday, Punjabi singer-actor Diljit Dosanj attacked Kangana by saying the actress says just about anything she feels like. He shared a video story by an international news channel that slammed the actor for misidentifying the elderly woman at the farmers’ protest in the national capital as Bilkis Bano, famously known as “Shaheen Bagh dadi” for her role in the December 2019-March 2020 protests against the CAA.

The video posted by Dosanjh on Twitter featured a Bhatinda-based elderly woman Mahinder Kaur, who according to the news channel was misidentified by Kangana.

Why is Karan Johar trending amid Kangana-Diljit’s Twitter spat?

Responding to the famous Punjabi singer-actor, Kangana reiterated that the same “Bilkis Bano dadi ji” who was a part of the “citizenship,” protest had also joined the farmers’ protest. And in her rebuttal, Kangana called Diljit ‘Karan Johar ke paltu (Karan Johar’s pet). And this is precisely the reason why the filmmaker is trending.

In another tweet, Kangana wrote, ” I had only commented on “Shaheen Baag dadi” cos they instigated riots there even that tweet was deleted almost immediately, I don’t know from where they brought another elderly lady in to (sic) the picture and now endlessly spreading lies. Vultures trying to instigate mob against a woman.”

Diljit then went on to tell Kangana that as a woman she should not talk ill about another and certainly not about an elderly woman who she alleged took Rs 100 to appear at the protests.

To this Kangana responded, “Mera ya tumhara sahi hona zaroori nahin hai, desh ka sahi hona zaroori hai, tum log farmers ko bhatka rahe ho, pareshaan hoon main inn protests se aaye din in riots se iss khoon kharabe se, aur tum sab bhaagidaar ho ismein… remember that … (It not important for me or you to be right. The country needs to be right. You all are wrongly influencing the farmers and I am tired of the riots and the bloodshed caused because of them. All of you are a participant of this).

Netizens demand an apology from Kangana

After several artists and Diljit confronted Kangana and slammed her for misidentifying the elderly Sikh woman, a section of social media users demanded that the actress issue a public apology.

Meanwhile, a Punjab-based lawyer had earlier on Wednesday sent a legal notice to Kangana for allegedly misidentifying the woman at the farmers` protest in the national capital as Bilkis Bano.

Notably, Kangana had deleted her tweet allegedly misidentifying the woman after she was slammed for the same on social media.

(With inputs from ANI)