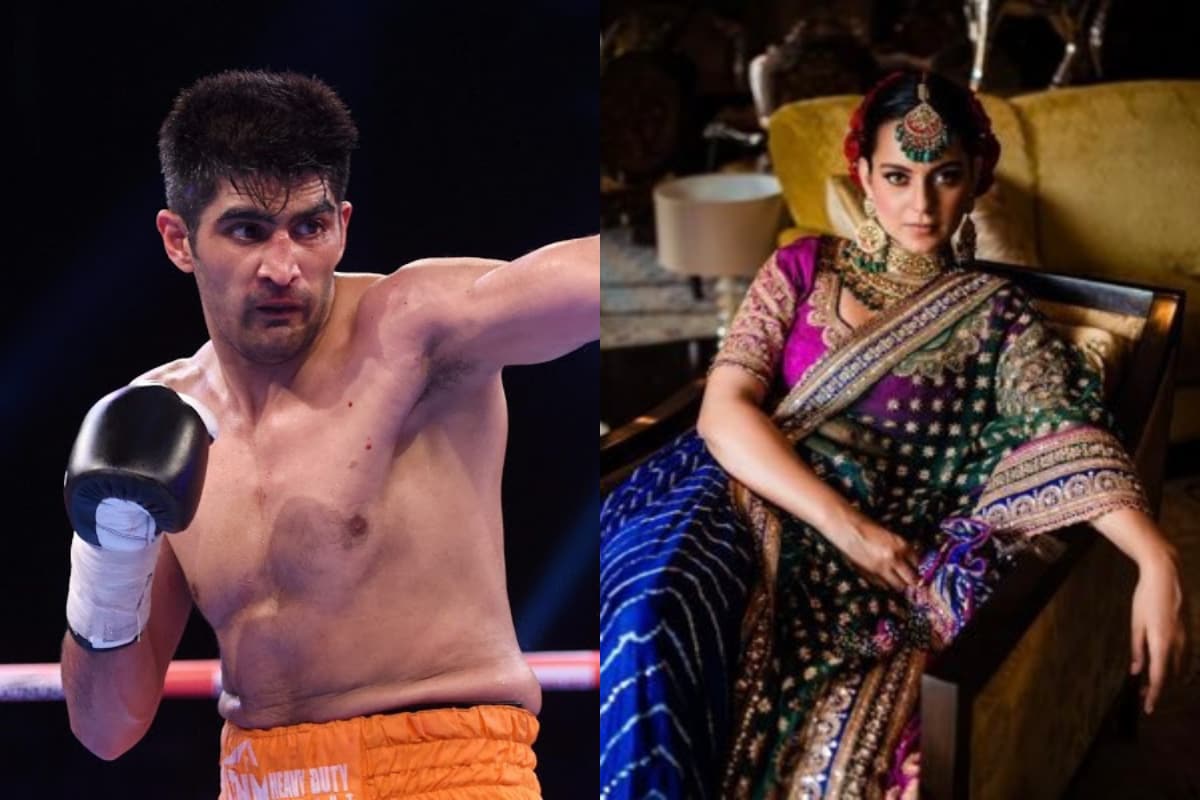 Actress Kangana Ranaut has stirred a controversy with her tweets on farmers’ protest currently taking place around Delhi. She allegedly posted a picture of a 73-year-old woman named Mahinder Kaur and claimed that she was the same “daadi” who took part in the Shaheen Bagh protests and now had joined the farmers’ demonstration. The actress allegedly said that the woman was available for protest for Rs 100. Later, Kangana took down her tweet after she was criticised for sharing “fake news”.

Following her tweet, she has received flak from people from all walks of lives, including actor and singer Diljit Dosanjh. Now, boxer Vijender Singh has also slammed Kangana on Twitter, saying, “Galat panga le liya bhen ‘Sister, you have taken up the wrong issue].”

Vijender posted his tweet, tagging Kangana’s response to Diljit. In that tweet, the actress tried to clarify her remarks. Kangana had written that she saw the same “dadi” who was protesting over the Citizenship Amendment Bill in Shaheen Bagh at the farmers’ stir. She added that she did not know Mahinder Kaur and people were creating unnecessary drama.

Responding to Vijender, the actress asked if he is also planning to form a Shiv Sena. To which, the boxer replied that Shiv Sena is already there and is working well.

Kangana had issued the clarification after Diljit tagged her in a tweet in which he shared a video of a BBC report. In that video, Mahinder Kaur can be heard asking the actress, without naming her, to work in the fields to realise how difficult is farming.

Because Diljit was posting in Punjabi, Kangana said she doesn’t understand the language. She also targeted Diljit and asked him if he feels ashamed defending those who instigated riots in Delhi.

Diljit called out Kangana for defaming another lady, referring to Mahinder Kaur. To which, the actress responded by saying they are misleading the farmers. She added that she is worried about the protests and riots.

The farmers of Punjab and Haryana have been protesting on the outskirts on Delhi against the three farm laws that came into being recently. They want a legal guarantee for minimum support price for their crops.