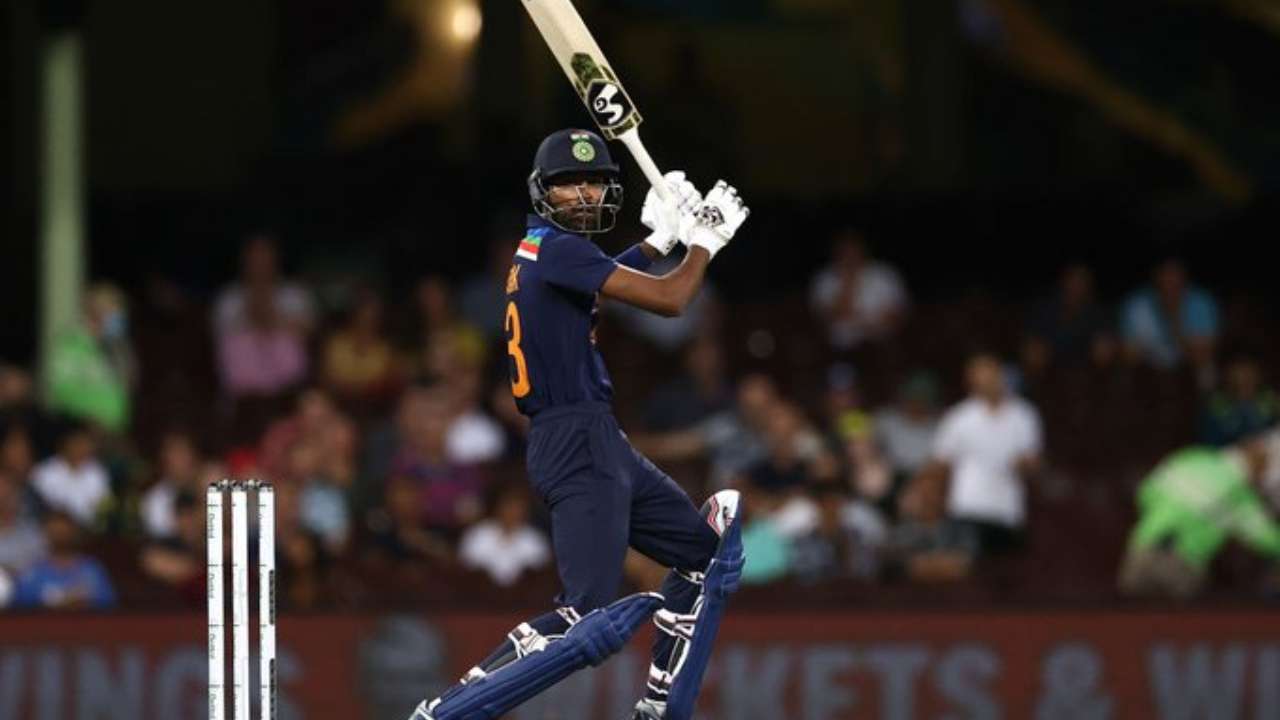 Virat Kohli’s Indian cricket team needed 37 runs in the last three overs. Virat Kohli was dismissed under a 50 for the first time in a T20I in Sydney and the pressure mounted. However, India had Hardik Pandya and he yet again demonstrated his match-winning ability in Twenty20 Internationals by first smashing  six and a four off Adam Zampa. Two more fours off Andrew Tye In the 19th over meant India needed 14 off the last over. Hardik Pandya blasted two sixes off Daniel Sams as India won the match by six wickets and took an unassailable 2-0 lead in the three-match series.

This makes the Indian cricket team the second nation after Sri Lanka to win two Twenty20 International series in Australia, with the Sri Lankan team winning three consecutive from 2010 to 2017. It was yet again the depth of the Indian batting that came through against an Australian bowling attack that lacked experience and the ability to generate pressure on a consistent bassis.

Slow start but India have Dhawan

Chasing 195, India started slowly but Matthew Wade made the mistake of giving an over to a spinner inside the powerplay. Andrew Tye was hammered for 14 runs in his first over and Glenn Maxwell was hit for 19. When Sean Abbott was blasted for 13 runs, India had ended the powerplay in style with 46 runs from three overs. Like in Canberra, the assault proved to be costly and Australia were fighting hard to maintain the intensity.

Despite getting the wicket of KL Rahul, Shikhar Dhawan hit a fifty but Australia came back in the contest thanks to Adam Zampa.

Kohli becomes ABD, but Hardik Pandya is the winner

When you think about epic final over finishes, Carlos Brathwaite’s four sixes in the last over bowled by Ben Stokes in the 2016 ICC World T20 flashes to mind. In 2020, Hardik Pandya’s two sixes  in the last over was equally important in India putting up a fine performance.

Howenver, during the course of the knock, Virat Kohli unfurled his moment of genius. Sanju Samson had fallen after a four and a six but in the 15th over, Virat Kohli channeled his inner AB de Villiers and scooped a full ball to fine leg for a six. The 15-run over gave India the momentum and although he fell for 40, India won on the back of Hardik Pandya’s brilliance.

Australia were inserted in to bat and Matthew Wade started off brilliantly. He hit his fifty off 25 balls but on 58, he got a leading edge that flew to deep extra cover. Virat Kohli dropped the chance but Wade could not believe it. He was stranded mid-way and was run-out.

Australia hit some cameos of Moises Henriques and Steve Smith. A total of 194 would have been challenging for any side but for India, the experiences of the IPL 2020 have served them in great stead, none better than Hardik Pandya.

IPL 2021: Which players will be released, retained by Royal Challengers Bangalore?

‘Ravi and I were discussing off-side plan against Aussies since July’, says bowling coach Bharat Arun