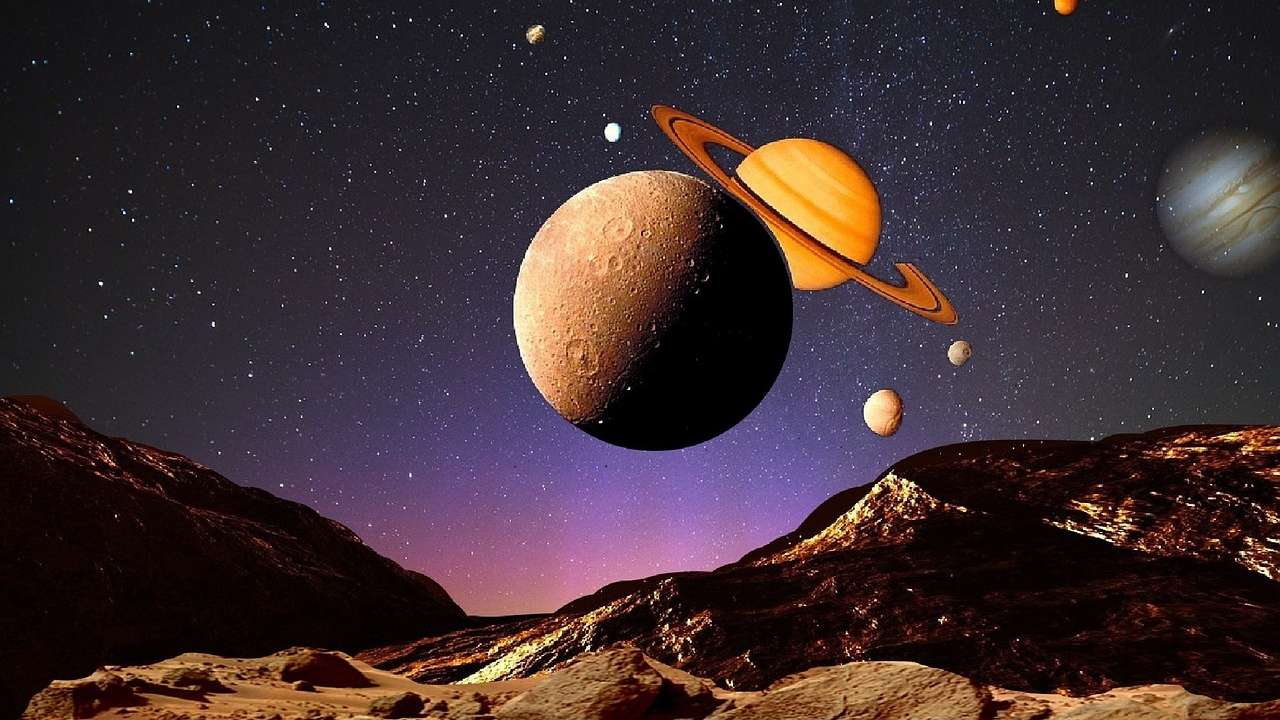 Skygazers are in for a treat on the night of December 21, 2020 when Jupiter and Saturn come so close to each other they will almost look like a single shining planet in the sky. This is a rare conjunction because of the closeness of the two planets, which is a once-in-a-lifetime phenomenon. The two planets won’t appear this close to each other again until 2080.

Saturn has been trailing Jupiter across the night sky over the past few months.

The two planets will draw closer and closer in the next three weeks, until they appear together above the western horizon around an hour after sunset on December 21.

This event, known as the grand conjunction, happens about once every 20 years.

With only about a 10th of a degree separating the two planets — that’s a fifth of the width of the Moon — this is the closest they will have appeared in the sky to each other in nearly 400 years. The last time it occurred was in 1623.

This year is the closest Jupiter and Saturn have gotten since 1623, and because of the timing of that one, happening right at sunset and only 14 years after Galileo made his telescope, people probably didn’t notice, according to Earth Sky.

This event is also called heliocentric conjunction as the two gas giants of our solar system will align with the sun. Skygazers will be able to spot the planets in the night sky by looking towards the southwest. People may confuse it with reddish Mars as well, which has a similar brightness towards the eastern sky you will be looking at.

On Friday night, the two planets are going to form a neat triangle which will last for at least four and a half hours. However, the best viewing time is the first 30 minutes after sunset.

“The best observing time is about 30 minutes after local sunset for about two hours while the moon and planets are high enough in the sky to be nicely visible,” astronomy educator and former planetarium director Jeffrey Hunt told CNET.

No special equipment will be required to see the ‘Great Conjunction.’ Hunt told the portal “a binocular or small telescope, such as a bird-watching scope, will show lunar craters (and) the moons of Jupiter. If the binocular is held steady, some of Jupiter’s larger moons are visible. The small telescope will show a hint that Saturn has rings.”

Asteroid Apophis to hit Earth? This is what NASA has to say