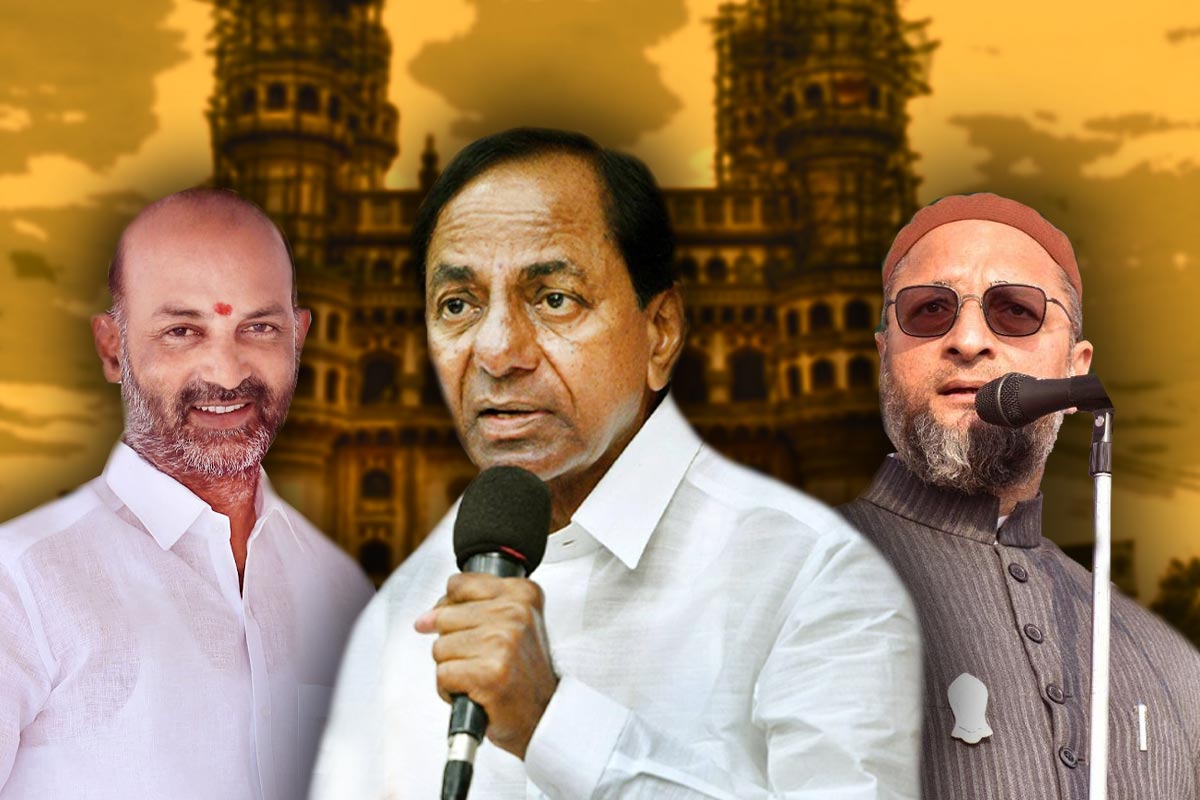 It was a municipal election like never before – with the two-week campaign witnessing the colour, spectacle and rhetoric reserved for state and national elections. Riding high on its electoral victory in the Dubbaka bye-election, the BJP hoped to continue its winning streak in Telangana with the Greater Hyderabad Municipal Corporation (GHMC) polls.

Sparing no effort in its campaign – parachuting a host of national leaders including Home Minister Amit Shah and UP Chief Minister Yogi Adityanath among others – the BJP, though unable to emerge victorious, has played a major spoiler for the ruling TRS.

At the end of the bitter and extremely polarising campaign, the K Chandrasekhar Rao-led TRS fell short of the numbers to claim the Mayor’s seat on its own. From the 99 seats it won in 2016, TRS was reduced to  55 out of the 150 elected corporators.

The campaign for the TRS in the corporation election was led by Minister of Municipal Administration and Urban Development, KT Rama Rao.

Speaking post the results, Minister KTR said, “The result is not as expected. We thought we would get at least 20 to 25 seats more. Even exit polls had predicted the same. The BN Reddy colony seat, we lost by only 18 votes. In around 10 to 12 seats, we lost by less than 100 to 200 votes. We will discuss and analyse the results.”

In the previous elections, held in 2016, the TRS had made a clean sweep winning  99 seats, AIMM emerging second with 44 seats, the BJP won 4 while the Congress got 2 and the TDP one. The Neredmet seat could not be counted as a controversy over validating votes was contested by the BJP in the High Court.

As expected, the AIMIM retained most of its divisions and surprisingly won two seats from Goshamahal and Dattatreya Nagar, which are considered BJP strongholds. Goshamahal is the Assembly constituency of controversial BJP MLA Raja Singh.

The GHMC poll contest was primarily between the ruling TRS party and the BJP. The Congress put up yet another poor show as they came a distant fourth in the contest.

The Congress faces yet another worry as former Chevella MP Konda Vishweshwar indicated that he would join the BJP while the counting of votes were underway. “Postal ballots reflect the opinion of the employees and the elderly. Two things are clear. 1) General public are against TRS 2) They feel only BJP can take on TRS in GHMC not Congress.” he tweeted.

Several news reports had earlier speculated that the MP who had joined the Congress in 2018, would jump ship to the BJP.

During their visit, Tejasvi Surya and Yogi Adityanath courted a controversy when they sought to change Hyderabad’s name to ‘Bhagyanagar’. While the BJP made religious polarization as their main plank to win the GHMC elections, the TRS dodged it and campaigned with the slogan of “decisive vs divisive politics.”