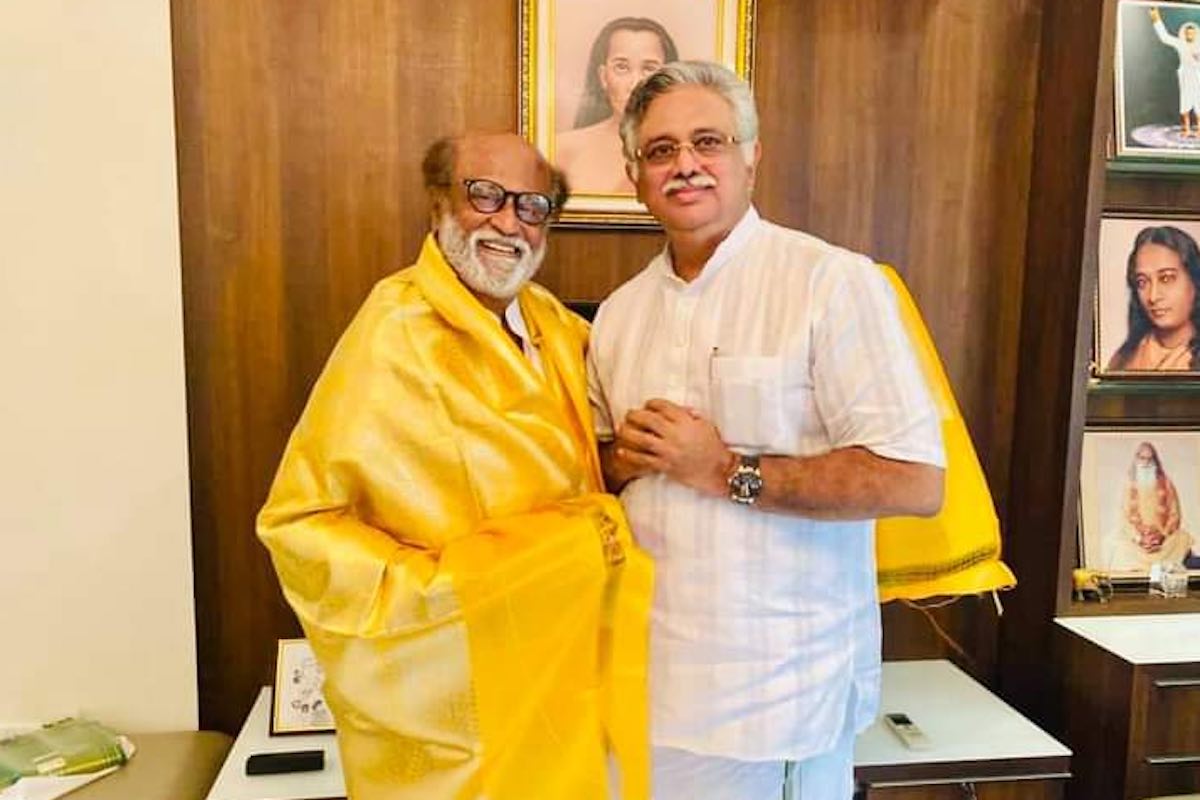 Before joining the BJP, Arjuna Moorthy had ties with the DMK and the party’s first family.

As Rajinikanth addressed his first press meet, minutes after announcing on Twitter that he will take the political plunge and launch his party officially in January 2021, he introduced to the media, a man as his party’s chief coordinator. On Rajinikanth’s right side stood Arjuna Murthy, a  man who is not very well-known in Tamil Nadu political circles, and whose presence took many including those close to the superstar by surprise.

Till a day ago, Arjuna Murthy was heading BJP’s intellectual cell in Tamil Nadu, a position from which he resigned on Thursday. He is known to be close to the RSS and has ties with the Union Finance Minister Nirmala Sitharaman as well. A man who was mainly in charge of organising events, he was active on the state BJP forums, and seeing him next to Rajinikanth took many by surprise.

“He was talking in the forums every day, it was surprising to see him with Rajinikanth. He used to tell us that he is close to Rajinikanth and speaks to him every day. However, none of us thought that he was leaving the party. In fact, I thought Rajinikanth would have someone from AIADMK or DMK with him, but instead, he has a BJP member,” a state BJP leader told TNM. The leader added that Arjuna Murthy used to insist time and again that the ‘DMK should be finished’ in Tamil Nadu.

Before joining the BJP, Arjuna Moorthy was with the DMK and also has familial ties with the DMK first family. The buzz in the political circles is that he was close to a late DMK leader and later broke away from the party.

Originally from Dindigul district, his father moved to Pudukkottai district and Murthy built small businesses. Professionally, Murthy is a technocrat and an entrepreneur with experience in finance, trading, manufacturing and technology. Along with his daughter, Murthy founded Yeldi Softcom Private Limited in Chennai.

Sources tell TNM that he is S Gurumurthy’s recommendation to Rajinikanth. Gurumurthy, who is a Chartered Accountant and one of the Central Board of Directors of Reserve Bank of India, is believed to be advising Rajinikanth on all matters pertaining to his political plunge.

While in BJP, he was seen taking part in the party’s much-publicised Vel Yatra in Palani and was also one of the people who met with Amit Shah during his latest visit. He is a close confidant of BJP Tamil Nadu president L Murugan.

Murthy is not known to be a politician with strong electoral experience. Those who are privy to his political beliefs say that he is intellectually and spiritually compatible with Rajinikanth’s political vision. Murthy too, has described himself as a nationalist, much like Rajinikanth has in the past. Sources told TNM that he was given an important position as his personality will not overshadow that of the superstar and he can provide smooth administration.

Though no one is clear on when Rajinikanth decided it would be Arjuna Murthy who will assist his friend and confidant Tamilaruvi Manian, multiple sources confirmed that the actor had spoken more than once to Annamalai IPS. The former IPS officer, who resigned from the services, had joined the BJP recently. “However Annamalai is looking at a long-term plan and joining Rajinikanth’s party may not work for him. Moreover, he seems to have conveyed to Rajinikanth that he wants to be a part of national politics and not state,” a source told TNM.

‘Have no choice’: Punjab to make direct MSP payment to farmers as Centre rejects plea for exemption