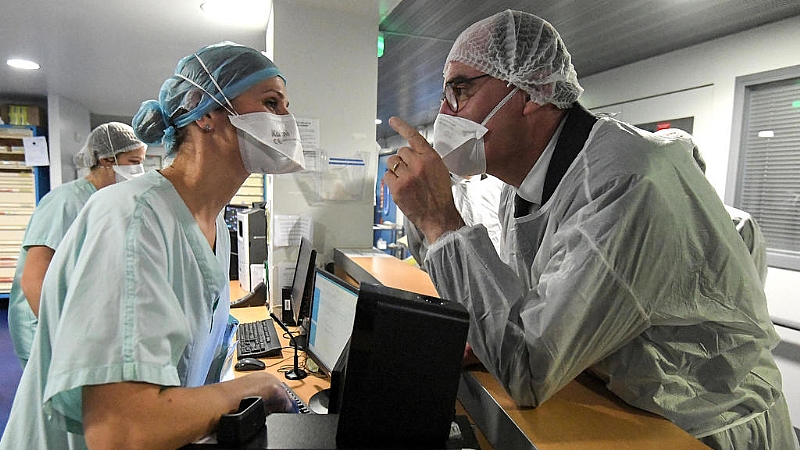 Vaccinations against Covid-19 in France will be free, the French prime minister said Thursday. The three-stage innoculation programme will begin in January for 1 million elderly in retirement homes, February for 14 million high-risk people and spring for the rest of the population.

Prime minister Jean Castex said that thanks to orders already made at a European level, “France will have a potential of 200 million doses, which would allow 100 million people to be vaccinated” because the course requires two injections a few weeks apart.

“The vaccination will be free for all,” Castex told a press conference on Thursday. That means everyone in France’s social security system.

It has set aside €1.5 billion of next year’s social security budget to cover the cost.

The country’s vaccination campaign is set to begin in January, but could begin earlier, at the end of December, Castex said, if the vaccine was approved by the European Medicines Agency and French health authorities.

The government’s vaccine strategy would be presented to parliament this month, Castex said, emphasising that all decisions around it would be transparent.

France is one of the world’s most vaccine-sceptic nations, with a survey over the weekend showing that only 41 percent of the 66 million population planned to get innoculated, far lower than in the UK or US.

The Covid-19 vaccination will be voluntary in France. Castex assured citizens the approved vaccines would be safe.

“The remarkable mobilisation worldwide has allowed the rapid development of vaccines. However, this timeframe in no way means that we have compromised safety,” the prime minister said.

Castex also weighed into a debate around the New Year’s Eve celebrations, when gatherings are feared to send infections surging.

He said “it seems reasonable to us” to recommend a maximum of six adults at such gatherings, not including children.

Castex said the spread of the virus was continuing to slow in France and would soon go below the threshold of 10,000 new infections per day. France recorded more than 80,000 new cases at the peak of the second wave in November.

More than 53,000 Covid-related deaths have been recorded in France.