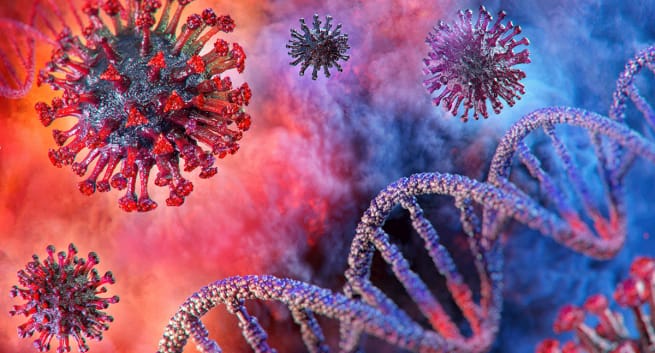 In a first, a team of scientists has developed a new Covid-19 global surveillance system which can dynamically track not just where the virus is now, but where it is going, how fast it will arrive, and whether that speed is accelerating. Also Read – Many who test negative for COVID-19 in rapid antigen tests come out positive in RT-PCR tests

The new surveillance system has now been rolled out in 195 countries. Also Read – Taxi or office cab, open the windows opposite to you and the driver to cut COVID-19 risk

“You want to know where the pandemic is accelerating, how fast it is moving, and how that compares to prior weeks.”

James Oehmke of Northwestern University and Charles Moss of the University of Florida worked over the past four months to develop the novel surveillance system.

“We can inform leaders where the outbreak is occurring before it shows up in overcrowded hospitals and morgues,” Post said. “Current systems are static and ours is dynamic.”

Northwestern is hosting a dashboard for the new Covid tracking system — open to anyone — with the new metrics as well as traditional metrics.

Each country’s dashboard will be monitored to inform policy leaders around the globe. Users will have metrics of the whole world at their fingertips.

The new system and the first US surveillance report was published in the Journal of Medical Internet Research.

The global surveillance app analyses the virus in the same way the field of economics measures the expansion and contraction of the economy.

“These methods are tried and tested, but this is the first time they are being applied to disease surveillance,” Post said. “We had the model and metrics validated for medical surveillance and published. We know they work.”

Existing surveillance, which hasn’t changed much in 50 years, measures the caseload in terms of new and cumulative deaths and infections.

They don’t identify significant shifts in the pandemic or sound the alarm when there is concern about the acceleration of disease transmission signaling an outbreak.

These new metrics can help the developed countries and their health systems prepare for swift changes in the pandemic.

Existing surveillance picks up severe cases, Post said, so in the case of Covid, those numbers likely only represent 10 per cent to 20 per cent of the caseload.