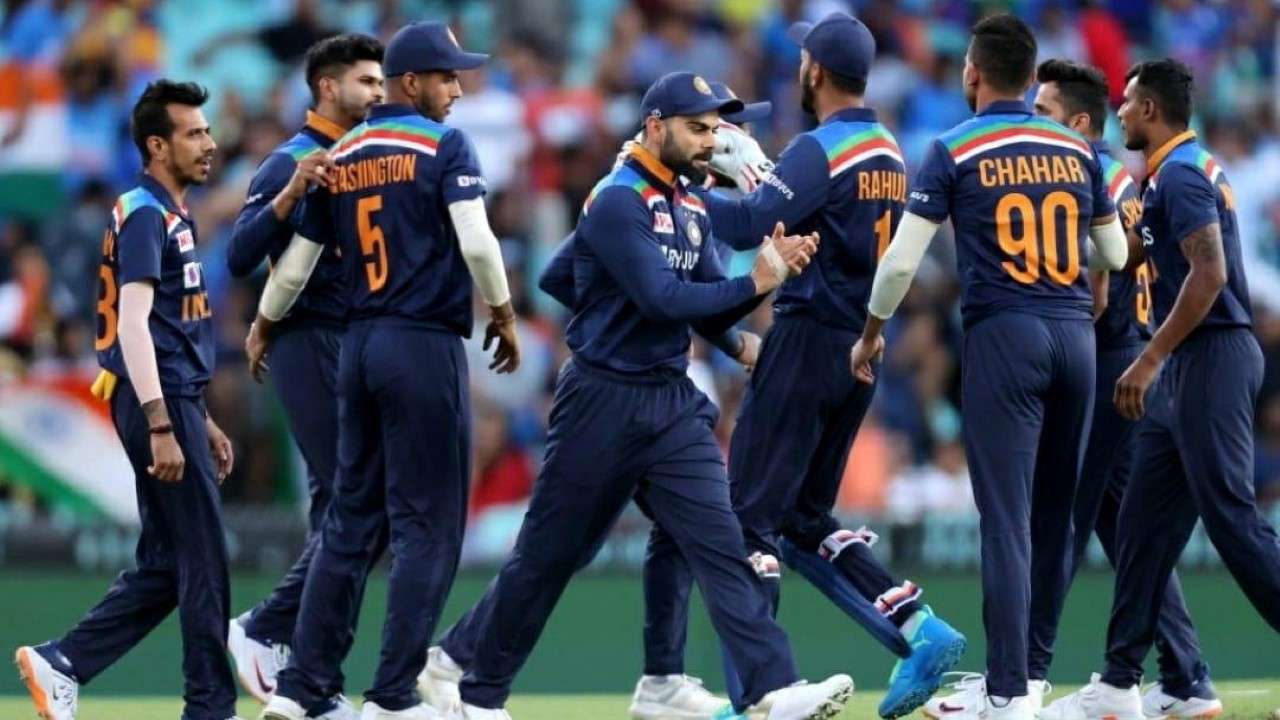 ‘India defeated Australia in the second T20I of the three-match series in a high-scoring nail-biter in Sydney. Chasing 195, India got off to a fast start owing to Shikhar Dhawan and KL Rahul’s partnership.

After which, Kohli and Dhawan continued on their merry run. Sanju Samson, Shreyas Iyer chipped in with useful contributions but it was Hardik Pandya, who remained unbeaten on 42 off 22 balls, striking two maximums in the last over to seal the deal for men in blue.

Speaking on this win and the series as well, Kohli was pleased to see the contributions of players standing up in absence of their star players Rohit Sharma and Jasprit Bumrah.

“We played really well as a team in T20 cricket. The fact that we don’t have the likes of Rohit and Bumrah not playing – two of our established white-ball players – then to win like this, two in a row. I think it’s an outstanding effort from the whole team, something that as a captain makes me very proud that guys are standing up, putting their hand up in the important moments for the team.”

After losing the ODI series 2-1, India have come back strongly in the shortest format of the game with two wins in a row and Kohli seemed pleased with the team’s all-round effort with both bat and ball and in the field as well.

‘Good to see youngsters getting opportunity and putting their hand up’

Talking about players standing up in the pressure situations, with so much T20 experience under their belts (whether international or in the IPL), Kohli said, “Everyone has played 14 games at least recently (in the IPL) of T20 cricket. So, they know inside out what their plans are and what they want to execute.

“Natarajan with the ball was outstanding today, I think Shardul bowled nicely as well. We just kept them down to a total, which we thought was quite chseable with a small boundary. Then, Hardik finishing off the game, Shikhar with a really good knock in between, opening partnership was good, Shreyas finishing off with Hardik.

“It’s contributions from the whole team that make you feel like you are a strong side and you’ll keep getting better because the younger guys coming in are taking opportunities and are putting their hand upat the important moments,” he added.

Talking about Hardik Pandya’s knock and his evolution as a dependable finisher, Kohli said, “The reason for him (Hardik) coming into the team in 2016 was pure ability, and you can just see with the bat and when he was bowling as well, he has a natural raw talent. But, now he is quite experienced with playing a lot of T20 cricket in the IPL and for India too.

“Now, he now realizes that this is the time (in the next 4-5 years) to really become that bankable middle-order player that can win you games from anywhere. You need that finisher and he’s becoming that for us and he’s hungry. He plays with all his heart you can’t win games like this with just calculating through your mind, you need that passion as well playing for your country and he has got that and has been competing and executing it on the highest level,” Kohli elaborated.

India now stand on the verge of winning the T20Is series against Australia on their home soil 3-0 as they play the final match on Tuesday, December 8 in Sydney.

Pep has something special: Lionel Messi says ‘lucky’ to have worked under Guardiola at Barcelona