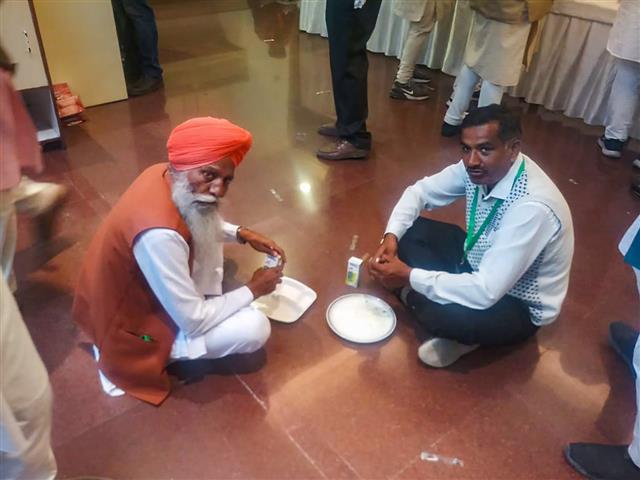 Like the last meeting, farmer unions refused to have “sarkari khana” at Vigyan Bhawan.

“We have not come here to have food but to resolve the issue,” they said. During the lunch break, farmers decided to partake langar brought from a gurdwara.

In the last meeting also they had refused to have tea and instead asked Union ministers to have kheer, jalebi and langar with them at the border.

Meanwhile, it remains to be seen if the meeting will bear any positive results as farmers remain firm on their stated stance.

Farmers are demanding guaranteed MSP on all the 23 crops, not just paddy and rice, and this be implemented across the country. They also remain adamant on withdrawal of three Central Acts.

Farmers said they did not want any amendment but complete withdrawal. They also said they would not leave Delhi till this was done.

Nails on Ghazipur road being repositioned: Cops on protesters claim

Hotels at 50% Capacity, Only 20 People at Funerals: After Mumbai, Nagpur Tightens Covid Rules