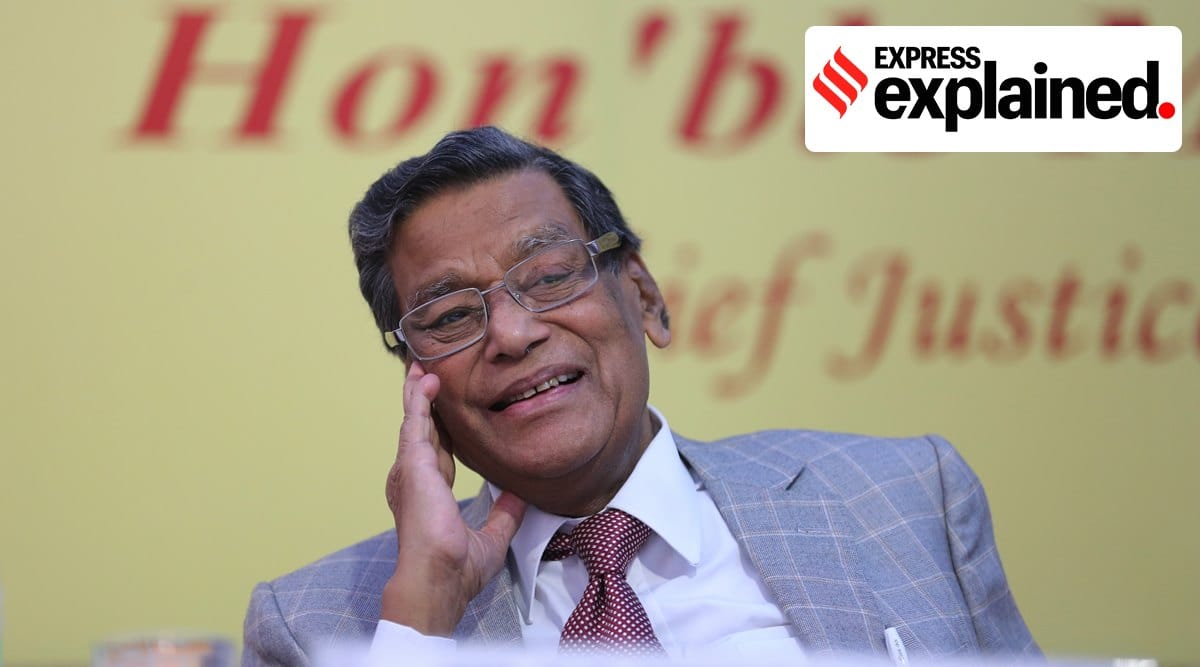 Attorney General for India K K Venugopal on Tuesday granted consent to initiate criminal contempt of court proceedings against comic illustrator Rachita Taneja for allegedly scandalising the judiciary through her tweets and illustrations.

A law student had brought the tweets and illustration by Taneja — made in the context of the Supreme Court’s decision to grant bail to Republic TV editor-in-chief Arnab Goswami who was arrested for allegedly abetting a suicide — to the notice of the AG.

What is the procedure for bringing a criminal contempt of court case against an individual?

In the case of the Supreme Court, the Attorney General or the Solicitor General, and in the case of High Courts, the Advocate General, may bring in a motion before the court for initiating a case of criminal contempt.

However, if the motion is brought by any other person, the consent in writing of the Attorney General or the Advocate General is required.

The motion or reference made for initiating the case will have to specify the contempt of which the person charged is alleged to be guilty.

But why does the Attorney General have to grant consent?

The procedure in cases of criminal contempt of court, which means the publication of material that scandalises or lowers the dignity of the court or prejudices or interferes with the proceedings of the court, the consent of the Attorney General is required under the law.

The objective behind requiring the consent of the Attorney General before taking cognizance of a complaint is to save the time of the court. Judicial time is squandered if frivolous petitions are made and the court is the first forum for bringing them in. The AG’s consent is meant to be a safeguard against frivolous petitions, as it is deemed that the AG, as an officer of the court, will independently ascertain whether the complaint is indeed valid.

Is the AG’s consent mandatory for all contempt of court cases?

The AG’s consent is mandatory when a private citizen wants to initiate a case of contempt of court against a person. Before such a plea can be filed, the Attorney General must sign off on the complaint, determining if it requires the attention of the court at all.

However, when the court itself initiates a contempt of court case, as it did in the case of Prashant Bhushan recently, the AG’s consent is not required. This is because the court is exercising its inherent powers under the Constitution to punish for contempt and such Constitutional powers cannot be restricted because the AG declined to grant consent.

The three-judge Bench headed by Justice Arun Mishra reiterated this position in the Prashant Bhushan case. “As far as the suo motu petitions are concerned, there is no requirement for taking consent of anybody, including the learned Attorney General because the Court is exercising its inherent powers to issue a notice for contempt. It is equally well settled, that once the Court takes cognizance, the matter is purely between the Court and the contemnor. The only requirement is that the procedure followed is required to be just and fair and in accordance with the principles of natural justice,” the court had said.

AG Venugopal had repeatedly objected to the court’s initiation of contempt proceedings against Bhushan during the course of the hearing. 📣 Follow Express Explained on Telegram

And what happens if the AG denies consent?

If the AG denies consent, the matter all but ends. In August, AG Venugopal had refused to grant consent to initiate criminal contempt proceedings against actor Swara Bhasker for allegedly making derogatory comments against the Supreme Court. Last week, he turned down a request to initiate contempt proceedings against author Shefali Vaidya as the tweets were made over a year ago. The law has a limitation period of one year for bringing in action against an individual.

The complainant can, however, separately bring the issue to the notice of the court and urge the court to take suo motu (on its own motion) cognizance. If the court does take suo motu cognizance, as it did in the case of Prashant Bhushan, the consent of the senior-most law officer is not required.

Article 129 of the Constitution gives the Supreme Court the power to initiate contempt cases on its own, independent of the motion brought before it by the AG or with the consent of the AG.

“The Supreme Court shall be a court of record and shall have all the powers of such a court including the power to punish for contempt of itself,” Article 129 states.

What happens after the AG has granted consent?

Once the consent of the Attorney General is given in writing, a notice under The Contempt of Courts Act is served personally on the person against whom the proceedings are sought to be initiated by the court. If the court decides not to serve the notice personally, the law requires the court to record the reasons for it.

If the court is satisfied that the alleged contemnor is likely to abscond or evade judicial proceedings, it can order attachment of property of a value that it deems reasonable.

Once the notice is served, the alleged contemnor may file an affidavit in support of his defence, explaining the nature and circumstances of her remarks. The case is required under the Act to be heard by a Bench of at least two judges. The court then takes into account any evidence available to check the affidavit, and pass appropriate orders.