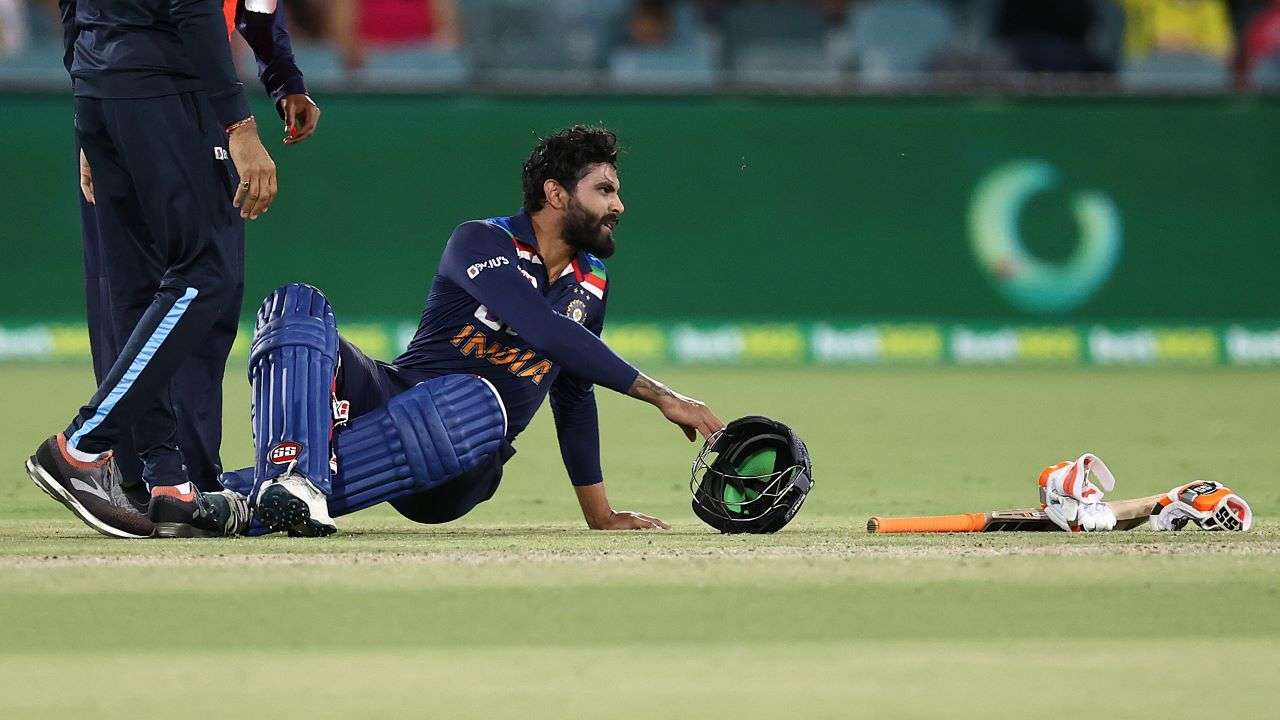 Team India won the first T20I against Australia by 11 runs, however, leg-spinner Yuzvendra Chahal hogged the limelight after getting the Man of the Match award, even when he didn’t feature in the original playing XI.

All-rounder Ravindra Jadeja after getting a blow on the head owing to a bouncer by Mitchell Starc, felt ‘dizzy’ and couldn’t take any further part in the game. Since, he was hit on the head during the match, India could include a concussion substitute, who would play as a regular player featuring in place of the player who was in the original XI.

What is a concussion substitute and what are the rules for the head injury and player replacement?

The International Cricket Council (ICC) after a two-year trial in Domestic cricket, introduced the rule of player replacement in case of concussion or suspected concussion as a result of a head or neck injury in all forms of international and first-class cricket.

The concussion rule was discussed by many cricketing boards and domestic associations since the unfortunate demise of Phil Hughes. Even after head gears and other equipments came into play, the concussion scare was always there and it again caught speed after last year’s Steve Smith incident during the Ashes.

According to the rules stated in MCC Laws of Cricket, according to clause 1.2.7, a concussion replacement may be permitted under following circumstances:

And, after a formal and thorough medical examination, if the medical staff/representative feels that player has indeed sustained concussion, then he must identify a like-for-like representative for the same.

What happened in Ravindra Jadeja case?

A like-for-like representative means the replacement player should possess the same skill-set as the player with concussion and then s/he can be included in the playing XI.

Ravindra Jadeja, during his innings of 44* (23) was hit in the last over of India’s batting innings. But, since no one from team’s support staff or medical team intervened after the blow, it seemed there was nothing serious.

However, just before the start of the Australian batting, coach Justin Langer and skipper Aaron Finch were involved in a discussion with the match refree David Boon. Langer, particularly seemed very animated in his discussion and was visbily displeased with something.

After a few overs into the second innings and BCCI’s official confirmation, Yuzvendra Chahal was indeed included in the side in place of Jadeja and was eligible to bowl his quota of four overs.

What was the debate/controversy about?

The rule of like-for-like replacement and its use by the Indian team and its allowance by the match officials faced flak from Langer and co. Since Jadeja is an all-rounder, an all-rounder should have replaced him, but the only player in the squad matching Jadeja’s skill-set was Yuzvendra Chahal, that of a spinner.

Since, both of them are spinners and Jadeja was most likely to bowl his four overs, Chahal was approved by the match officials as the replacement.

Chahal, ended with figures of 3-25 and was one of the main reasons why India could restrict Australia to 150-7 and win the game by 11 runs.