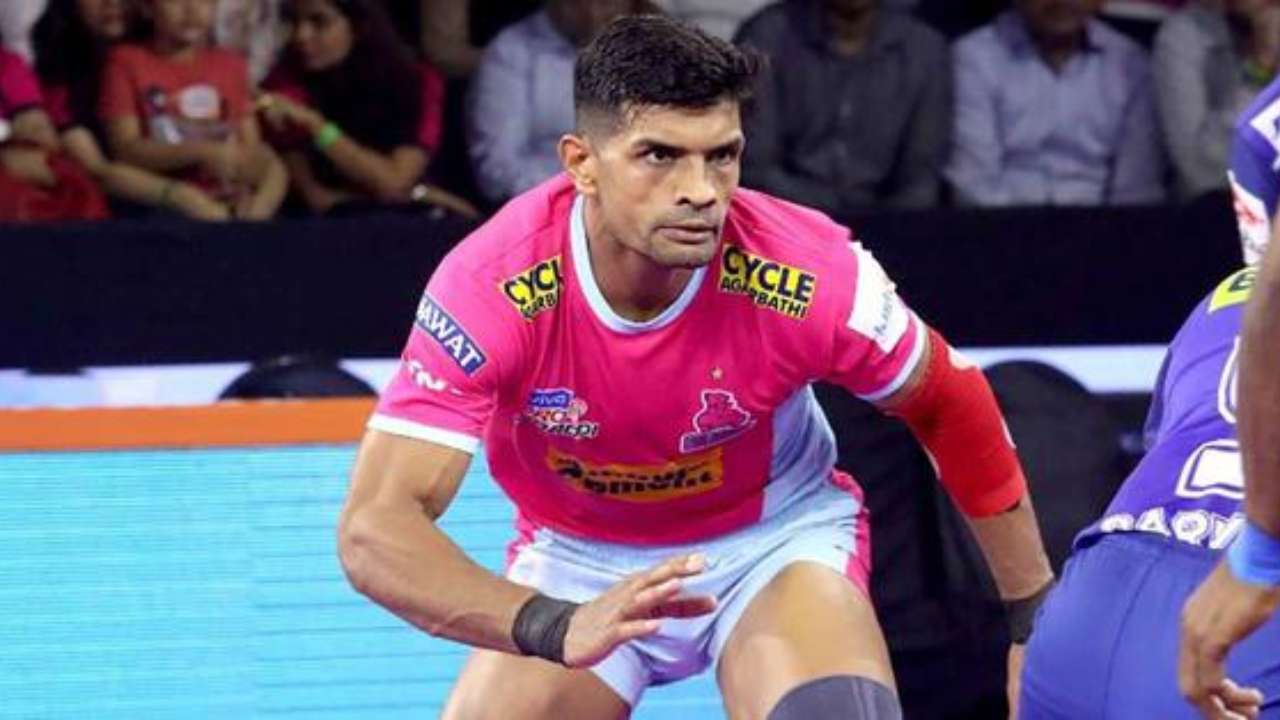 When one talks about cricket documentaries, there is ‘Fire in Babylon’ that talks about the rise of the West Indies cricket team of the 80s. In the modern era, there is ‘The Test’ which talks about Australia’s team resurgence. When one talks about other sports, there are documentaries on NBA, Boxing, Rugby and other sports. However, for the first time in history, there is going to be a documentary on Kabaddi. Amazon Prime Video, one of the premier streaming sites in the world, will release an Original Documentary on December 4 titled ‘Sons of the Soil: Jaipur Pink Panthers’, the winners of the first season of the Pro Kabaddi League when it started and owned by Abhishek Bachchan, son of legendary Bollywood actor Amitabh Bachchan.

The ‘Sons of the Soil’ documentary will focus on never before seen footages of the inside workings of the Jaipur Pink Panthers. The emotions, the dressing room atmosphere, the fights and the support between players after each game will be highlighted. Deepak Hooda, one of the most experienced players of the Pro Kabaddi League and a legend of the sport, said this Documentary will be the game-changer for Kabaddi in modern times.

Speaking exclusively to DNA, Deepak Hooda said, “For the first time, a sports docs-series will be shown on Amazon Prime other than cricket. It shows our backgrounds. It shows our preparations for big tournaments. How tense the dressing room is when we lose. How fights happen. Everything shown is real. The younger generation only saw wins and losses and there was the allure of the Pro-Kabaddi League. They will see what is the tense situation. The dressing room and the post-match situation, the fights and the motivation, the support, they will see everything. If they take it in a positive way, this docuseries will prove to be the guiding factor.”

For Deepak Hooda, this documentary series is a journey of his life. He lost his mother at a young age and his father when he was in 12th standard. The entire responsibility of the family came on his shoulders and how he had to give up his dream of being a teacher and pursue Kabaddi. “My family background, the deaths of my father and mother as well as the struggles that I underwent in my own life. My fighting spirit, everything has been shown in this. My memories were refreshed in my PKL and personal life. I would like to say everyone faces problems at every stage. In my case, it has been shown how I reached here. I still work day in and day night to enter such a big competition. The situation is not in our favour. Injuries and some uncontrollable factors come in. We have to show our fighting spirit,” Deepak Hooda said.

The fact that Abhishek Bachchan owns Jaipur Pink Panthers make them the most followed franchise in the Pro Kabaddi League. However, for one individual, his meeting with Amitabh Bachchan was a fulfillment of a 10-year wait. In 2003, Srinivas Reddy, who was a Kabaddi player in the National Games in Hyderabad could not meet Amitabh Bachchan. 10 years later, when the Pro-Kabaddi League was formed, his meeting with the Bollywood icon transformed his life.

“When I was a player in 2003 at the national games in Hyderabad, Amitabh Bachchan and Aishwarya Rai were the guests. I wanted to meet them but I could not get the chance as I was far away. I wanted to feel him and hear his voice. I am glad and I thank Abhishek Bachchan, my gurus and the kabaddi fraternity for this magic moment. I had goosebumps when I saw Amitabh Bachchan. When I was called for the interview, I was called to the office. I reached the place at 10 AM. I was sitting with Rameshji and Amitabh Bachchan came down from there. His first words were, ‘Namaskar,sir. Welcome to the Jaipur Pink Panthers family.’ I will remember this line forever. That was a magic moment,” Srinivas Reddy said in an interaction with DNA.

Srinivas Reddy, who worked as a banker and farmer during the coronavirus times, says ‘Sons of the Soil’ will be a guiding light to many aspiring kabaddi players of the younger generation.

“There have been plenty of reality shows but for the first time, there will be a sports documentary and it will be a plus for the Kabaddi community. This will motivate the younger generation,” Reddy said. This new development will indeed a big step and a game-changer for Kabaddi in India.