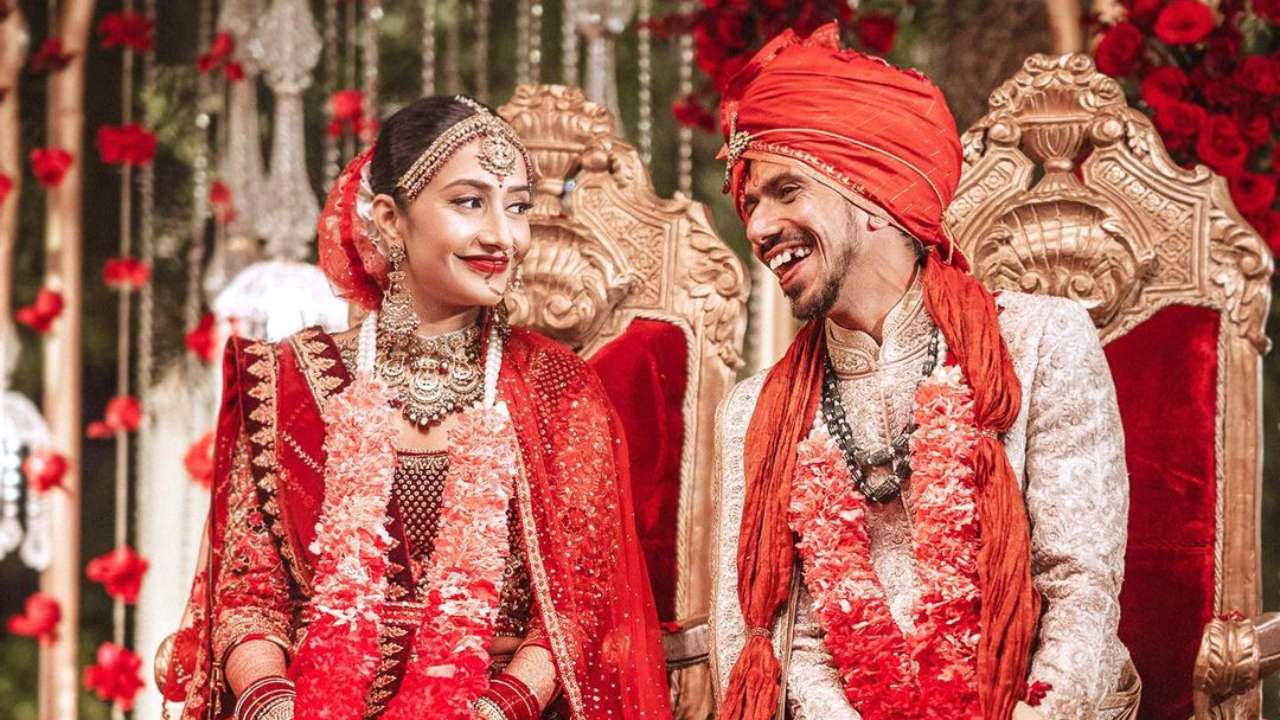 Indian spinner Yuzvendra Chahal has ‘finally’ tied the knot with his fiancé Dhanashree Verma in Gurugram. The two had engaged in August.

The pictures of the wedding became viral on social media as the du shared the same on their handles. Dhanashree Verma shared the wedding photos and fans started flooding it with congratulatory comments.

The cricketer too shared a picture and captioned it saying, “22.12.20. We started at “Once upon a time” and found “Our happily ever after,” coz’ finally, #DhanaSaidYuz for infinity & beyond!”.

Chahal had got engaged to Dhanashree before going to Dubai for IPL 2020. Dhanashree was also seen cheering for him and Royal Challengers Bangalore (RCB) in Dubai.

As for Dhanashree, she is a YouTuber and keeps sharing her dance videos on social media. She is a choreographer and runs her own dance company Dhanashree Verma Company.

Chahal was recently seen in Australia playing with Team India in the T20 and ODI series. He was however not included in the Test series.

India were dismissed for the lowest ever Test score of 36 in the second innings of the first Test at Adelaide and the visitors succumbed to an 8-wicket loss.

Shahid Afridi slams ICC for THIS rule regarding ‘bio bubble’