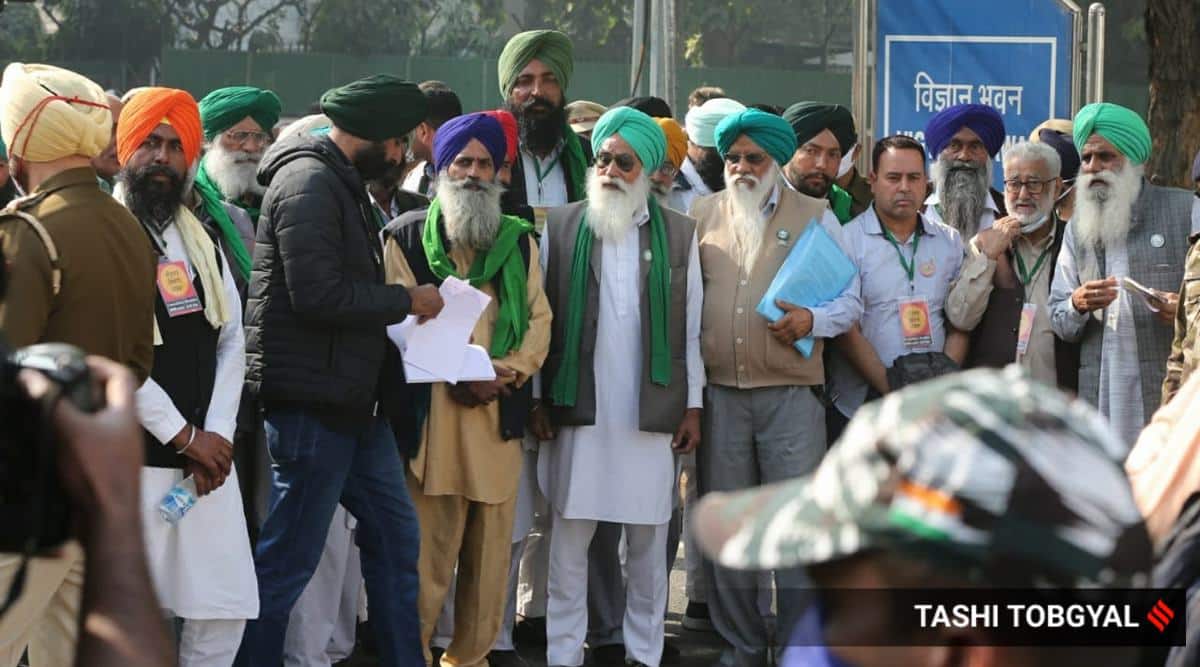 As the farmers’ protest in Delhi-NCR entered the eighth day, several borders, including Singhu, Chilla, Ghazipur and Tikri, remained closed for commuters. The Singhu border connects North Delhi with Sonepat via the GT Karnal Highway, which is used by commuters to travel to Haryana, Punjab, Chandigarh, Himachal Pradesh and Jammu and Kashmir. The Tikri border is near West Delhi’s Mundka. Chilla and Ghazipur connect the capital to Noida and Ghaziabad .

Till Wednesday, only the Singhu and Tikri borders were shut and movement had been restored at Chilla. On Thursday afternoon, Delhi Police Additional PRO Anil Mittal said, “Singhu, Lampur, Auchandi, Safiabad, Piao Maniyari, and Saboli borders are closed. Commuters should take alternate routes via NH-8, Bhopra, Apsara border and the Peripheral expressway.”

He said traffic has been diverted from Mukarba and GT Karnal road. Farmers have been gathering at different entry points to Delhi, even as the largest gatherings remain at Singhu and Tikri.

On Tuesday, hundreds of farmers gathered at Chilla after which traffic was diverted and police said Thursday that people should avoid Noida Link road for coming to Delhi and use DND flyway instead. The Ghazipur border on NH-24 too is closed for commuters from Ghaziabad to Delhi due to the protests.

By Friday, around a hundred farmers each from Haryana’s Palwal and Madhya Pradesh are expected to reach the Delhi borders. Deputy Commissioner (Palwal) Naresh Narwal said farmers from MP had arrived in the district after travelling through Mathura: “Around 100 farmers reached our district this morning and travelled towards Faridabad, from where they intend to head to Delhi. Another 100 farmers from Palwal have also started their journey on foot from Hodal towards Delhi this afternoon. We are not stopping them and are simply ensuring traffic movement, security is not hindered.”

Faridabad Police said 500 personnel have been deployed, under supervision of DCP (headquarters) and Commissioner of Police, to ensure law and order. “We will attempt to peacefully stop farmers from MP at Sikri and Badarpur borders. The Commissioner has given directions to personnel posted in these areas… that no unnecessary force should be used on them,” said Sube Singh, PRO, Faridabad Police.

Deputy Commissioner of Faridabad Yashpal Yadav said, “A decision will be made regarding the passage of farmers once they reach our borders… Our focus is on maintaining peace and securing the highway to ensure traffic movement is not affected.”

In Gurgaon, although no protesting farmers have entered the district yet, police Thursday identified eight points from where vehicles will be diverted.

After Uttarakhand Flood Disaster, A Dog Waits For His Caretakers Outside Tunnel

2 Exits In A Day. Unfazed Trinamool Says “Couple Of Mugs Of Water…”