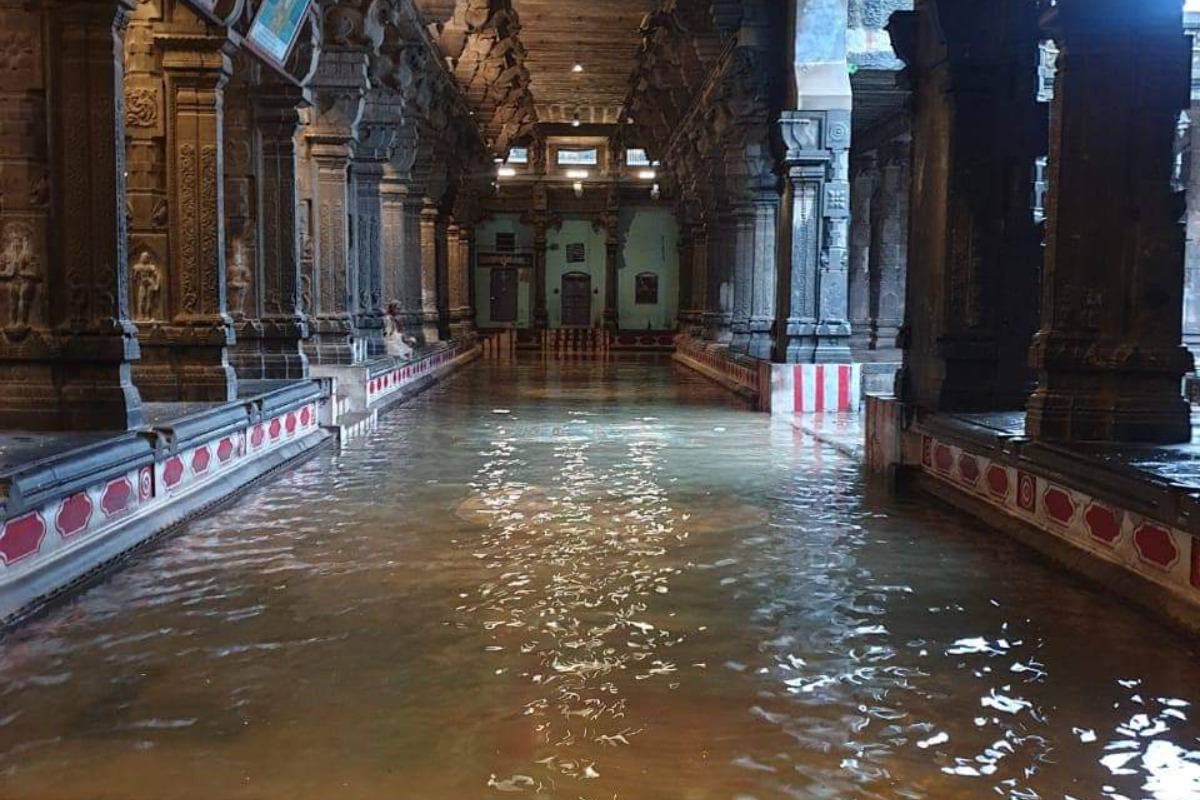 The state is experiencing heavy rains and inundation only a week after recovering from Cyclone Nivar.

The deep depression formed in the Gulf of Mannar due to Cyclone Burevi has brought intense rains to most parts of Tamil Nadu, resulting in flooding across the state. The heavy rains that started on Thursday has thrown life out of gear in many districts, inundating homes and flooding the cities. One person died on Friday due to electrocution as live wires came in contact with water in Tondiarpet of Chennai.

Cyclone Burevi that has hit Tamil Nadu, within a week of its recovery from Cyclone Nivar, has made water bodies reach their full capacity across the state. As a result, reservoirs had to release water, resulting in flooding of residential areas. Thousands of people have been moved to excavation camps to avoid untoward incidents amid the pandemic.

Many districts including Chennai, Cuddalore, Ramanathapuram and Tirunelveli are experiencing flooding and water inundation. Several villages have been cut off from the capital in Tamil Nadu.

Many arterial roads in the city also reported water-logging, which became a nightmare for commuters. Reservoirs including Chembarambakkam, Veeranam and Puzhal started to release water, since the inflow has increased due to the rains in catchment areas. A flood warning has been issued to people living near the waterway, and they were also instructed by officials to move to safer locations.

The heavy rains have thrown life out of gear in Cuddalore districts. Within a week since the district recovered from the impact of Cyclone Nivar, Cuddalore faces inundation and floods again. The world-famous Nataraja temple in Chidambaram has been inundated, with the corridors and the premises of the temple was flooded with hip-length water.

In Barathampattam of Cuddalore district, the National Disaster Response Force has started to evacuate people in boats. Many were shifted to safer locations in Cuddalore, since access to many villages has been cut in the district. The agricultural lands are inundated, and crops are damaged due to flooding.

Three teams of NDRF, with 57 personnel, have been put in place. “One team is in Manjolai, which is a hilly area, to assist in case of heavy rainfall, access blockage and landslides. A special medical team is also stationed there and rations for two weeks have also been sent. A second team is in Palayamkottai, which is the city part and a third team is in Koodankulam, which is the coastal region,” the officer explained. He added that the district administration is ready to tackle any situation arising out of the weather vagaries and that they are constantly monitoring the regular bulletins and updates from the Indian Meteorological Department (IMD).

As Cyclone Burevi hovers over the Gulf of Mannar as a depression, Ramanathapuram district is still prepared to face any eventualities that might arise out of winds or rains. A senior official from the district administration told TNM that 7860 people have been accommodated in the relief centres across the district. Of the total 209 relief centres set up, 89 are currently operational. One NDRF team is still on standby in the district, while the other two have been moved out. “We identified vulnerable areas like coastal hamlets, areas prone to inundation and weak structures and moved all the people living there to relief camps. Adequate food provisions including vegetables have also been stocked up in the camps. We are closely monitoring weather and will do what needs to be done to keep the people safe,” the officer said.

“Moral Defeat For BJP, But…”: Sukhbir Badal On Farm Laws In Top Court

“J&K Will Get Statehood At Appropriate Time”: Amit Shah In Lok Sabha