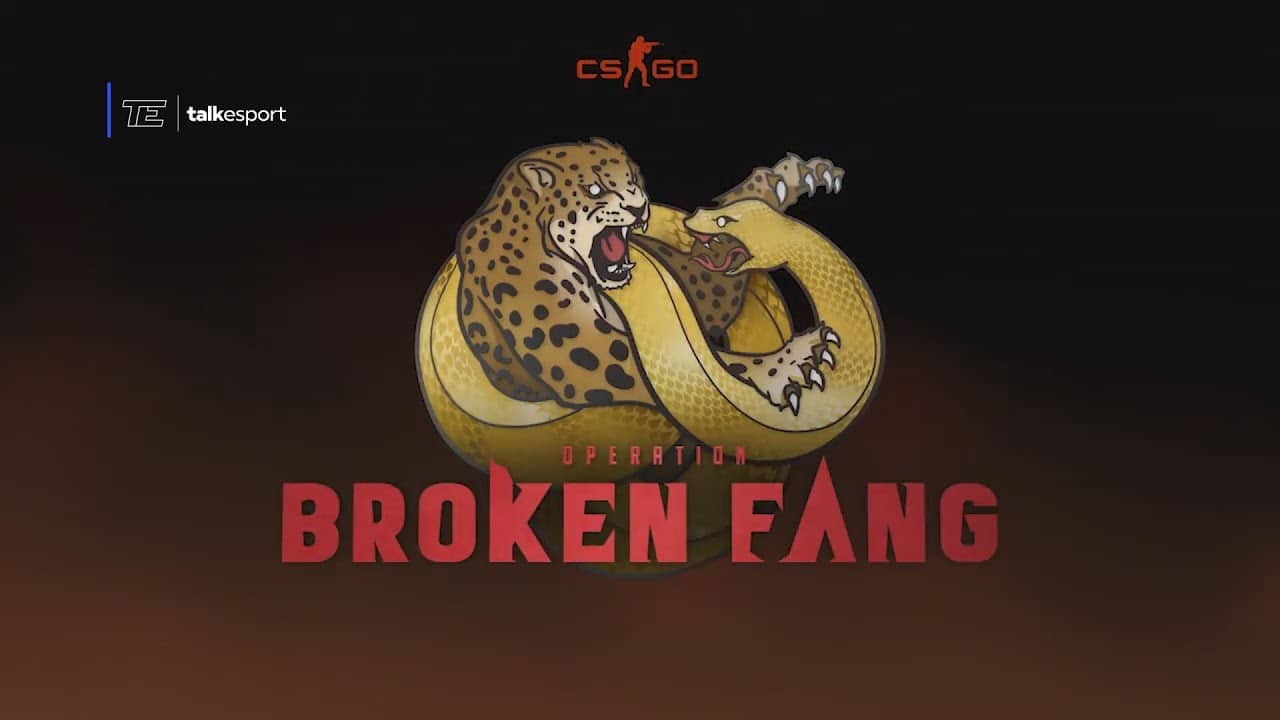 After weeks of suspense and anticipation, Valve has finally rewarded the keyed up Counter-Strike: Global Offensive fans with new Operation Broken Fang. The gold-themed operation, in contrast with the last years’ winter themed operation, has exciting updates ready to make CSGO great again.

The 2020 operation pass has all the right ingredients to stirrup the dozing CSGO fans. From new agent recruits to exquisite skins and gloves, the release notes for 12/3/2020 got it all.

Players can upgrade their Broken Fang Coin by completing weekly missions on their new mission card. Completing the missions will earn you stars, that Battle Pass owners will be able to spend on their rewards of choice: which include a new weapon case, three weapon collections, stickers, patches, and more.

Similar to Operation Shattered Web, this will require agents to engage in different operations in order to reach the diamond rank. By completing Premium unleaded, manual transmission, under the hood, and warming up, agents can rank up from their initial rank bronze to final rank diamond.

New operations pass brings a change of scenery to CSGO. The developer has introduced seven new maps in casual game mode, and one new map “Ancient” in scrimmage mode. Valve introduces a new map around the Jungle-esque aesthetic to the competitive map pool. It shares similarities between de_aztec, a CS 1.6 map that was also in CS:GO but was omitted after it’s first initial updates.

Similar to the map colour palette, the new agents’ outfit adds a fresh touch to the overall grim and formal aesthetics of the game, especially Sir bloody Miami Darryl and Safecracker Voltzmann. SWAT agents and professional agents can be recruited across all maps. Whereas agents in other categories are only available on selected maps.

This game feature allows players to queue for a 5v5 competitive mode with an option to ban and pick the maps of their choice before a match starts, similar to Faceit.

This map veto feature, prior to match start, is available only for the operation pass holders who are competing in Operation Broken Fang Premier mode, for now.

With the introduction of Operation Broken Fang, Valve added: “a new way to stat track.” Players who bought the operation pass will have access to their statistics, which will be tracked automatically and available for access on the “Operation Stats’ ‘ page. Under the Map performance, Heatmaps, and Weapon Stats tab, you will be able to gloss over your individual map win rate, your win/loss/tie ratio, your hit region map to see where your bullets land on an enemy, and your tracked kills with each weapon that could provide inside information on your playstyle.

In this fast-paced game mode, Three Ts will be tasked upon to defend a bomb site against four CTs, which will be available to all players during Operation Broken Fang. Players will have to choose a loadout card at the beginning of each round, and the first team to successfully complete 8 rounds will be declared the winners.

Valve has gone all out on their 2020 Operation Broken Fang release with multiple weapon skin collections. The game adds a bunch of new weapon skins to adorn on your weapons. Blue-purple tones of Control collection, grey dull shades of Havoc collection, and a dusty mirage themed Ancient collection is all set to take up some space in CSGO inventories. Moreover, a new “Metal skill group patch collection” will allow players to wear their badges of achievement as an add-on over their agent’s uniform. Graffiti based on recoil is also a fun new addition to the game.