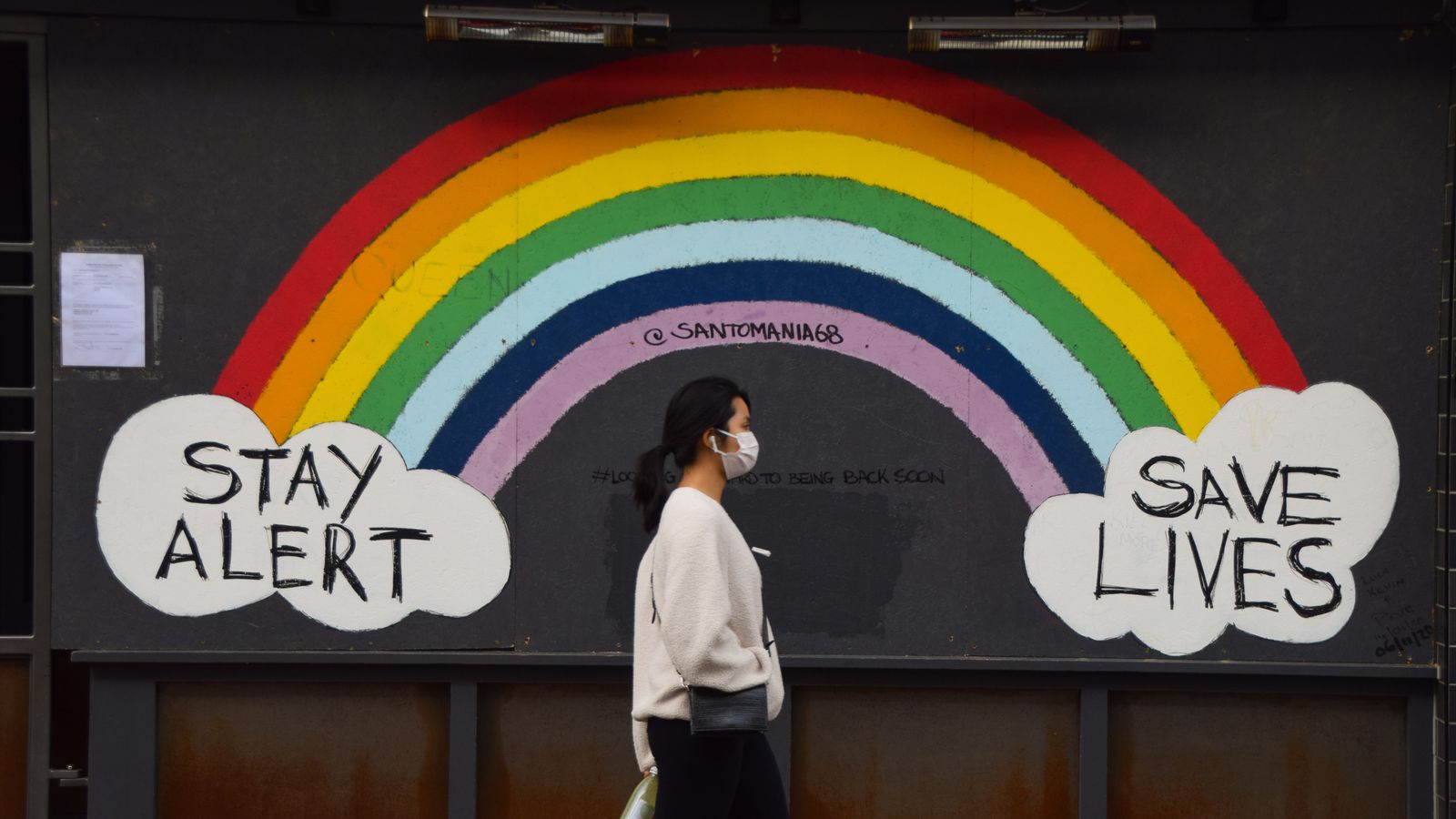 The Office for National Statistics says this means approximately one in 105 people in England had coronavirus over the period – an improvement from the one in 85 seen seven days earlier.

The newest data also shows that the percentage of people testing positive has decreased in all regions except the North East.

Live updates on coronavirus from UK and around world

Infection rates were highest in the North East, the North West and Yorkshire and The Humber.

There appears to be a fall in positivity rates among all age groups over the past week, with rates remaining the highest among secondary school-aged children.

The positivity rate is the percentage of people who have tested positive for COVID-19 at a point in time.

The incidence rate has decreased in recent weeks.

Data of the most recent week shows that the number of positive cases in Wales is no longer falling, with an estimated 18,100 cases – meaning one in 170 people are infected.

He said that Wales was experiencing an “unmistakable rise in coronavirus once again” following the reduction in cases from its 17-day firebreak lockdown which ended on 9 November.

In Northern Ireland, positivity rates peaked around the middle of October and it has continued to decrease in the most recent week.

It was estimated that 9,500 people in Northern Ireland had the virus in the week beginning 22 November, equating to one in 190 people.

There are also early signs the positivity rate in Scotland has started to come down, with an estimated 40,900 cases in this same week, meaning around one in 130 people had tested positive.

During the most recent week of the study, positivity rates above 2.5% can be seen in areas in Yorkshire and The Humber and the North West, seen in the chart below.

The lowest rates can be seen in areas in the South East, South West and the East of England.

When modelling the level of infection among different age groups in England, the ONS said rates remain highest among secondary school-aged children – (school years seven to 11) – and young adults (school year 12 to age 24).

Rates are estimated to be falling across all age groups, however.