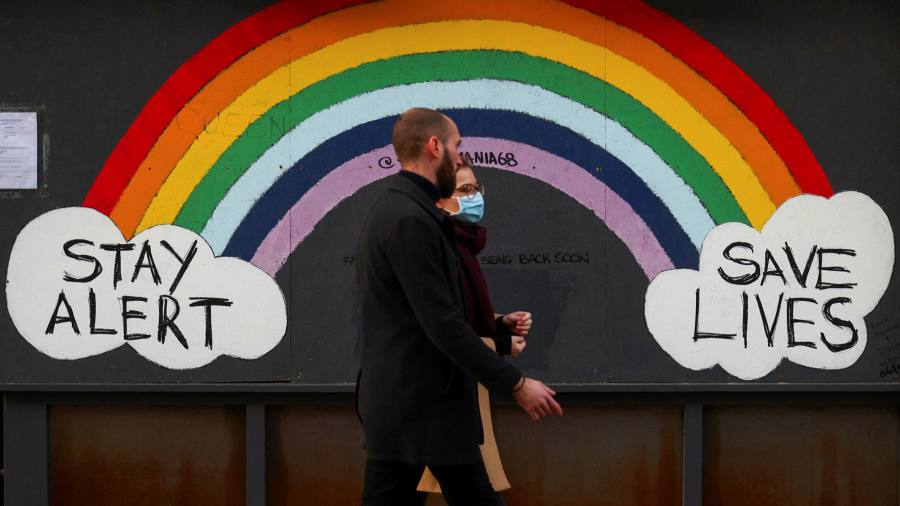 The rate at which coronavirus is spreading across the UK population has slowed markedly, according to data released on Friday, underscoring the impact of national Covid-19 restrictions.

The Office for National Statistics estimated that roughly 1 in 105 people had Covid-19 in England in the week to November 28, an improvement on the 1 in 85 people the week before.

The ONS found that the rate of infection had fallen across all age groups and all regions of England, except the North East.

“It is clear that on a national level, the lockdown has had the predicted effect,” said Prof James Naismith, director of the Rosalind Franklin Institute.

“There can be no celebration, too many have died, but we have managed the second wave somewhat better than the first. The lower we get the daily number of infections, the less risk the Christmas relaxation poses,” he added.

In Northern Ireland, positivity rates peaked in mid-October, and have decreased since. The ONS estimated that about 1 in 190 people had Covid-19 in the latest week, better than the 1 in 80 in the week to October 23. Meanwhile, about 1 in 130 had the virus in Scotland, improving on 1 in 115 the previous week.

Separately, a report by the Government Office for Science on Friday published estimates that the number of new infections is rising by anywhere between minus 3 and minus 1 per cent every day in the UK, down from minus 2 to 0 per cent the week before, and 2 to 4 per cent in the week ending October 30.

The report also showed that the latest estimate for the R value — the average number of new cases generated by an infected individual — had fallen to between 0.8 and 1 in the UK, down from 1.1 to 1.3 in the final week of October.

The R number provides a good snapshot of how the disease is spreading at a given time, whereas the growth rate reflects how quickly the number of infections is changing day by day. There were some regional differences in both measures.

“The latest data from the ONS show that while the effects of lockdown 2.0 [in England] has been to reduce infection rates, we are a long way from stamping out the disease,” said Dr Simon Clarke, associate professor in cellular microbiology at the University of Reading.

“People should remember that while there is good news about vaccines and infection rates reducing, hundreds of people are still dying daily, and the virus is far from reaching the lower levels it reached as a result of the first lockdown.”