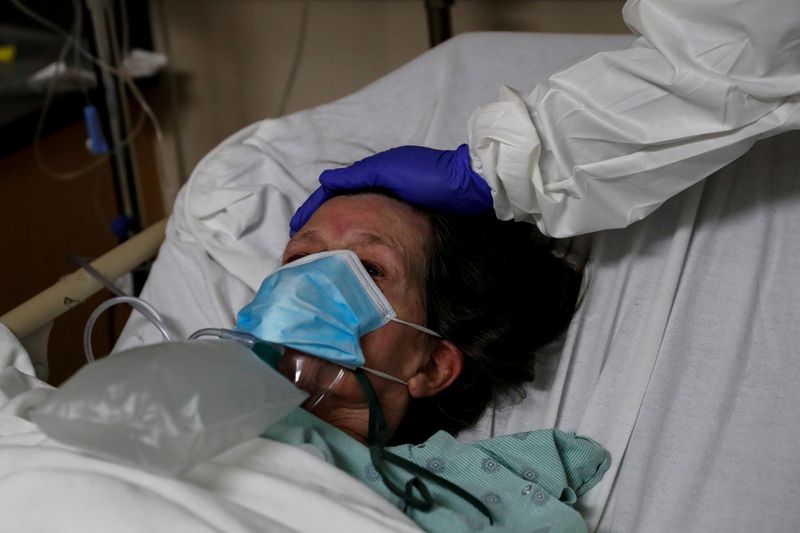 By Shaina Ahluwalia and Sangameswaran S

(Reuters) – Over 1.5 million people have lost their lives due to COVID-19 with one death reported every nine seconds on a weekly average, as vaccinations are set to begin in December in a handful of developed nations.

Half a million deaths occurred in just the last two months, indicating that the severity of the pandemic is far from over. Nearly 65 million people globally have been infected by the disease and the worst affected country, United States, is currently battling a third wave of coronavirus infections.

In the last week alone, more than 10,000 people in the world died on average every single day, which has been steadily rising each passing week. Many countries across the world are now fighting second and third waves even greater than the first, forcing new restrictions on everyday life.

The novel coronavirus caused more deaths in the past year than tuberculosis in 2019 and nearly four times the number of deaths due to malaria, according to the World Health Organisation.

Robert Redfield, the head of the U.S. Centers for Disease Control and Prevention, warned on Wednesday that the pandemic will pose the country’s grimmest health crisis yet over the next few months, before vaccines become widely available.

“I actually believe they’re going to be the most difficult time in the public health history of this nation,” Redfield told a livestream presentation hosted by the U.S. Chamber of Commerce Foundation.

The United States continues to lead in terms of fatalities, with over 273,000 deaths alone. North America and Latin American regions combined have more than 50% of all coronavirus deaths that have been reported.

The Latin American region, the worst-affected globally in terms of fatalities, recently surpassed over 450,000 deaths.

On Wednesday, Britain became the first country to approve the vaccine candidate developed by Germany’s BioNTech and Pfizer Inc (NYSE:), jumping ahead of the rest of the world in the race to begin a crucial mass inoculation programme.

However, supplies are expected to be very limited in the early stages which means that every country beginning the drive will have to prioritise based on risk factors.

U.S. health regulators are expected to approve distribution and administration of the vaccine in mid-December.

Africa aims to have 60% of its population vaccinated against COVID-19 within the next two to three years, the African Union’s disease control group said on Thursday. The continent of 1.3 billion people has recorded more than 2.2 million confirmed coronavirus infections, according to a Reuters tally.

Disclaimer: Fusion Media would like to remind you that the data contained in this website is not necessarily real-time nor accurate. All CFDs (stocks, indexes, futures) and Forex prices are not provided by exchanges but rather by market makers, and so prices may not be accurate and may differ from the actual market price, meaning prices are indicative and not appropriate for trading purposes. Therefore Fusion Media doesn`t bear any responsibility for any trading losses you might incur as a result of using this data.

Fusion Media or anyone involved with Fusion Media will not accept any liability for loss or damage as a result of reliance on the information including data, quotes, charts and buy/sell signals contained within this website. Please be fully informed regarding the risks and costs associated with trading the financial markets, it is one of the riskiest investment forms possible.

Adults with obesity treated with semaglutide 2.4 mg achieved and maintained a significant amount of weight loss in a 68-week trial