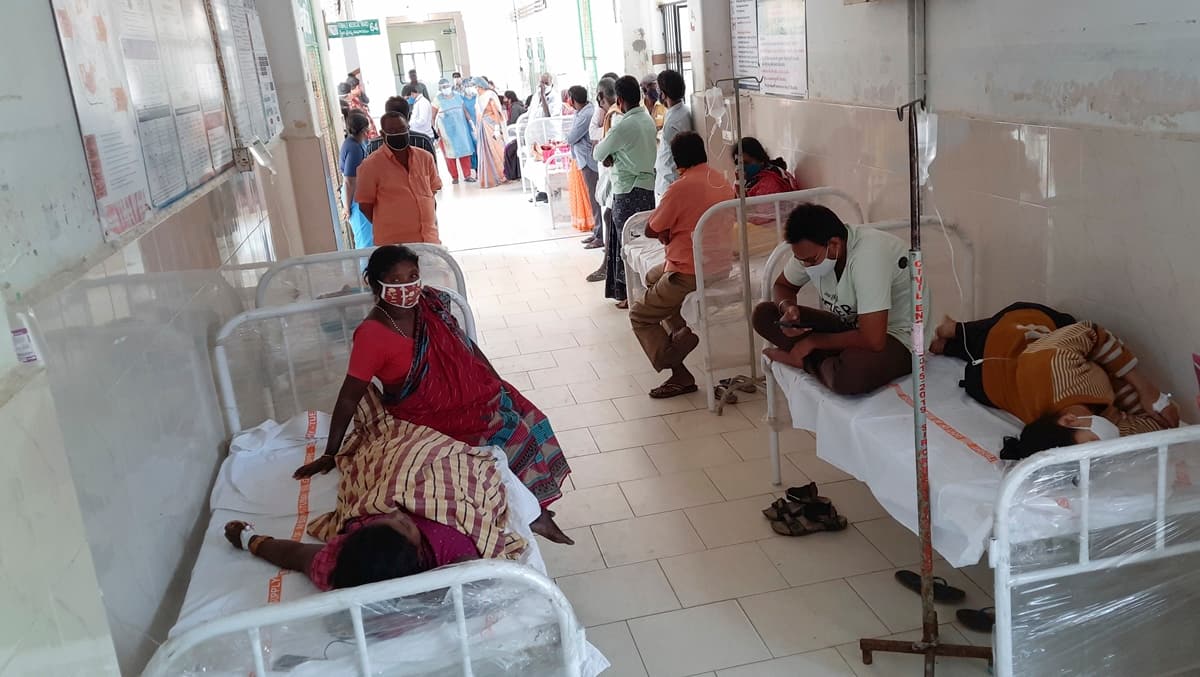 
Patients and their bystanders are seen at the district government hospital in Eluru, Andhra Pradesh. (AP Photo)

A three-member central team will reach Andhra Pradesh Tuesday to investigate a “mysterious” disease that has affected over 300 persons in the state’s West Godavari district, news agency PTI reported.

The team would make “an urgent visit to Andhra Pradesh, to investigate the incident of sudden illness of people in an around Eluru”, it stated. “The team should reach by tomorrow morning and submit a preliminary report by evening,” according to the office memorandum.

At least 300 persons –– including several children, some as young as 4 years old –– have taken ill in Eluru in West Godavari district of Andhra Pradesh since Saturday evening. A medical officer at Eluru Government Hospital said the patients complained of burning eyes.

Of the 347 affected, close to 200 patients have been discharged from hospital after treatment. Most of the patients were in the age group of 20-30 years, while there were about 45 children who were below the age of 12 years.

The people who fell sick belong to several societies, such as Ashok Nagar and Arundhatipet, in Eluru town, where a case of contamination of drinking water was reported 10 days ago. While officials initially suspected contaminated drinking water or air pollution to be the cause, both were ruled out by Sunday evening. Health Minister A Kali Krishna Srinivas said blood samples and swabs have been sent for lab analysis, with reports awaited. Teams of doctors have been rushed from Vijayawada to assist local doctors and also investigate the cause of the illness.