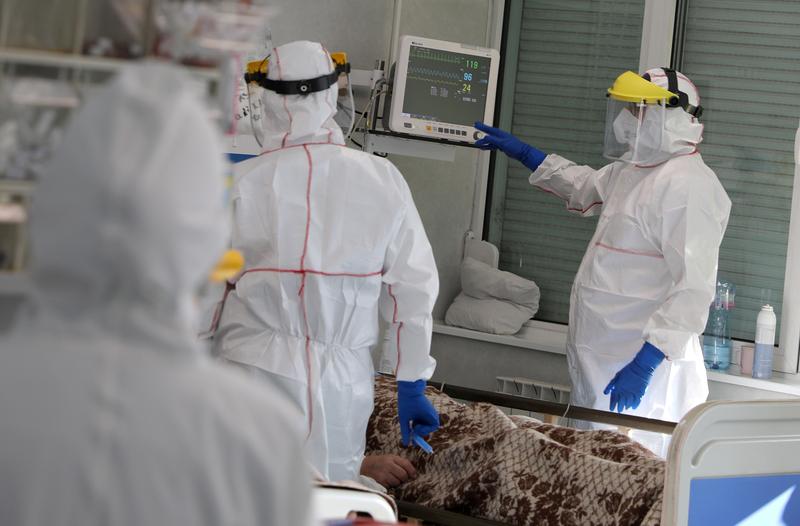 SOFIA (Reuters) – Bulgaria on Friday announced plans to vaccinate people against the coronavirus free of charge once it has procured vaccine doses, and said it would start with doctors, nurses, dentists and pharmacists.

Under the voluntary plan, teachers, people in care homes and workers at mink farms will be inoculated next, followed by workers in social services and critical infrastructure firms and people over 65 years of age.

“Every Bulgarian who would like to get a vaccine shot will get one for free,” Health Minister Kostadin Angelov told reporters.

The surge in new coronavirus cases in Bulgaria has started to ease after the government closed schools, restaurants and shopping malls for three weeks from Nov. 28. On Friday, it registered 3,280 new infections, bringing the total to 155,193.

With a total of 4,503 deaths since March, the country of 7 million people now has the EU’s highest cumulative per capita death rate of 26 per 100,000 over the past two weeks.

On Friday, Angelov did not give a timeline for the vaccination plan. He has previously said Bulgaria expects to start inoculations a week after the first 125,000 shots of Pfizer’s COVID-19 vaccine arrive around the New Year.

Parliament has backed the government plan to take part in an EU scheme and get vaccine shots from Pfizer, AstraZeneca and Sanofi.

The government expects to receive 12-13 million doses at a total cost of about 250 million euros ($304 million).

Angelov said Bulgaria would launch an information campaign so every citizen could make an informed choice. A recent opinion poll showed 43% of Bulgarians plan to get inoculated, while 48% say they do not want to.

Is Plant-Based Eating Healthy For Kids? We Asked Experts for Their Thoughts